For years, I had searched for the date and location of death of Rene Marion Duryea, wife of Eugene Cook.  They were living in Caldwell, Essex County, New Jersey in the 1930s.


Eugene died in Florida in 1979, survived by a second wife.  So where was the record of Rene Marion’s death?
One hindrance was the name.  She was known as Marion, but the family was surprised to discover that she was Rene for the first few decades of her life.  Rene was a popular female name on her father’s side; Marion was from her mother’s side. 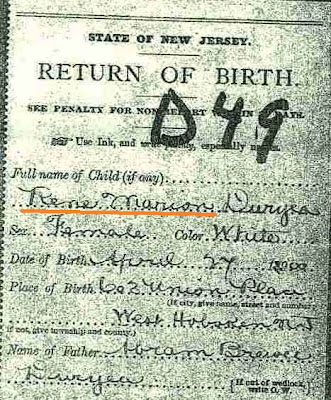 The family story was that Marion died, was cremated, but not buried until her father died a few years later; they were buried together at Sleepy Hollow Cemetery in Sleepy Hollow, Westchester County, New York.  Marion’s father was buried in March of 1944.  The problem was that the cemetery had a record of his burial, but not hers.  “The cemetery didn’t know we slid her ashes into his arms,” was the reason given for not finding a record.
Until recently, New Jersey death records were not searchable for my target time frame of the early 1940s.  I had to request a search by mail, which did not uncover a death certificate.  I did not know if this was because of a mix up with “Rene” versus “Marion,” or if Cook was spelled with a final E.  The slightest variation from your request could result in no record found.

An index for Florida death records is available online at Ancestry.com for the years 1877-1998.  There is no shortage of Cook findings, but nothing seemed like a good match for Rene Marion.
This year, New Jersey death records for the years 1941-1946 became searchable at The Archives in Trenton.  I looked under Duryea, Cook, Cooke, Marion, Rene, but found nothing.  It’s best to search yourself because you are aware of name variants and the little details that distinguish your records from others. 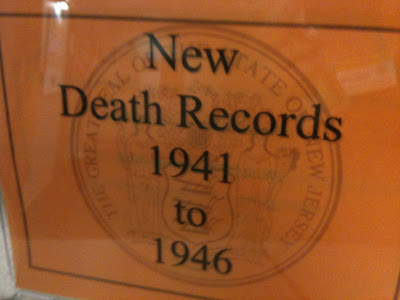 Then an observation by a relative gave me the lead I needed.  We were going through a box of family pictures.  The pictures are mostly of houses, buildings, cars, animals; few people.  A large picture of a house on a lake caught my eye.  The back of the picture was blank. 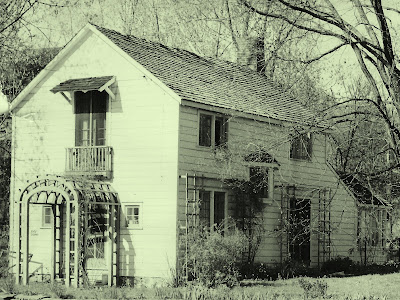 “Oh, that’s the house in Warwick,” was the answer to my query, which prompted more queries.
I hopped online to see what I could find out.  Warwick is in Orange County, New York.  It’s not where I would have thought to look for Rene Marion, but it’s close enough to Caldwell that I should try it.  The Albert Wisner Library website had an online index of obituaries from local papers that covered my target time frame.  There was a good match for Rene Marion’s death.
So to Warwick I went. 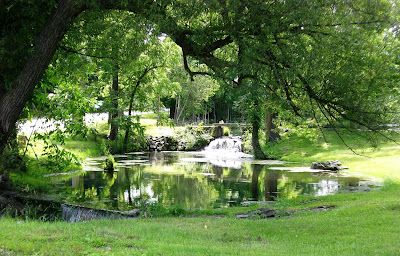 The Albert Wisner Library had two local newspapers and both carried an obituary for Rene Marion Cook.  I had finally located a date and place of death.
Next I visited the town clerk for a copy of the death certificate.  If you have to travel a great distance or you have limited time, you may want to call ahead to make sure that the town possesses death certificates and if someone will be available to retrieve the information.

No specific address was listed, so I can’t tell you if the house in the picture was Rene Marion’s house.
Posted by Jody Lutter at 12:34 AM No comments:

I found an unexpected visitor to a gravesite today. 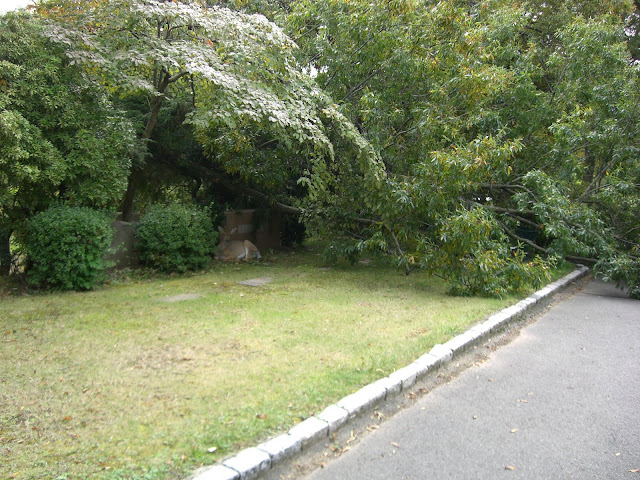 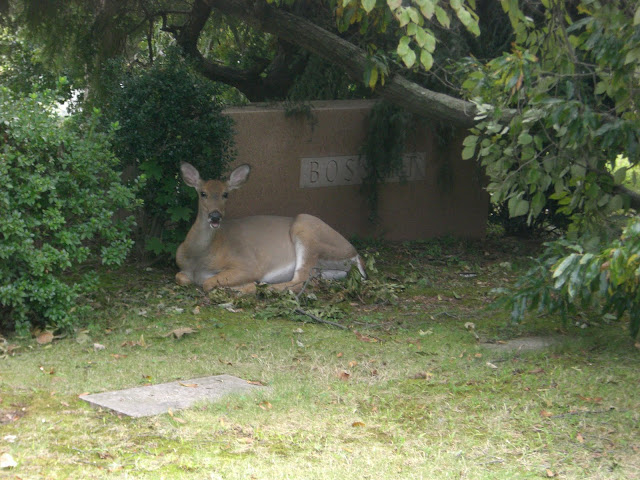 A deer was napping under the newly formed shelter.  She woke up when I approached. 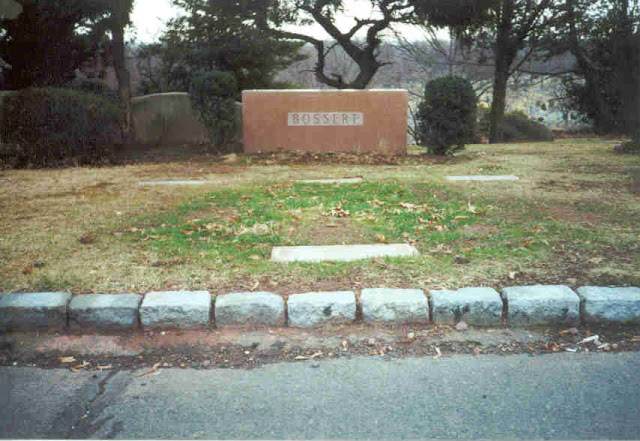 This is the grave before Hurrican Irene.
Posted by Jody Lutter at 7:39 PM No comments: