Many years ago, I acquired the "Winterton" family album.  This collection of photographs perhaps came into its current name because some of the photographs are identified as William Winterton.  William Gladstone Winterton (1898-1976) was the son of William W. Winterton and Catherine Dunn of Monmouth County, New Jersey. 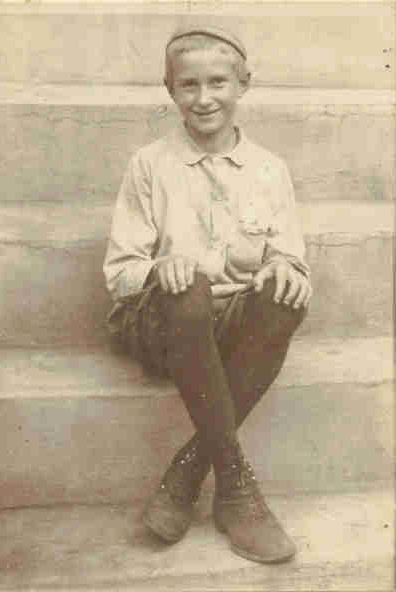 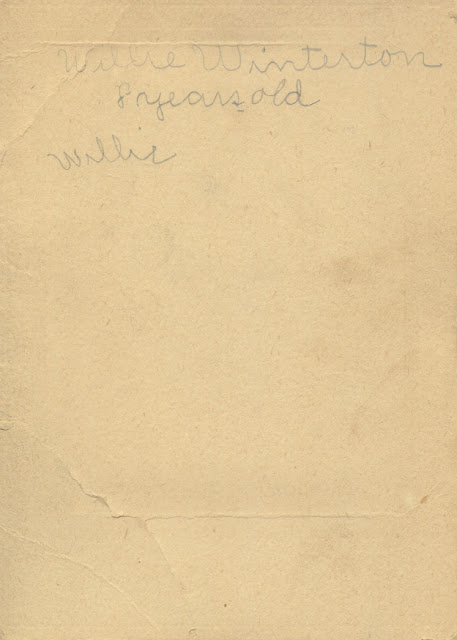 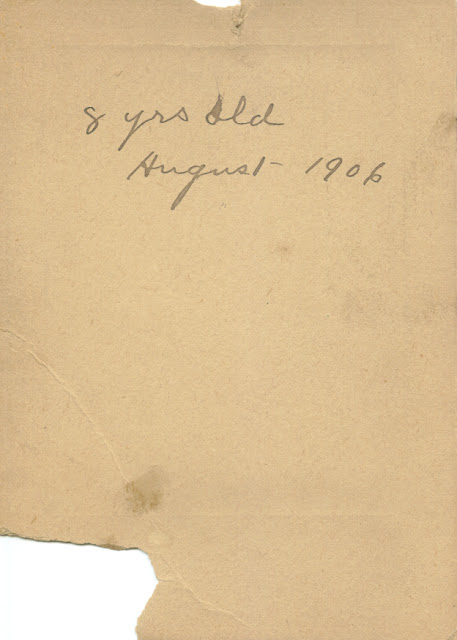 Only one other picture is labeled on the back:  William J. Newcomb, age 6 months, 2 days.  The photographer was A. Werner of Brooklyn, New York, and the date of September 1903 is included in the imprint. 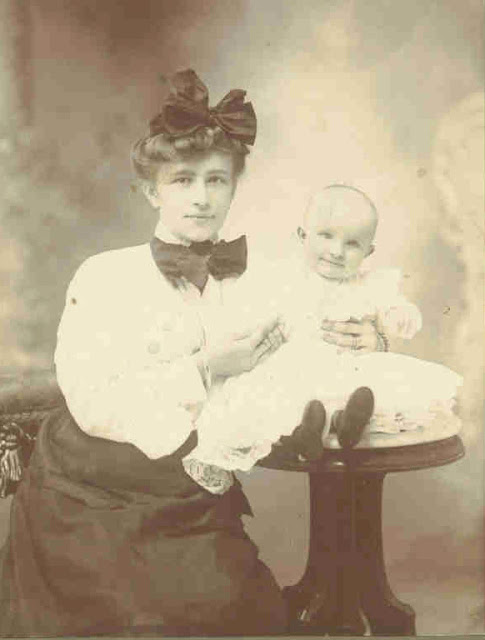 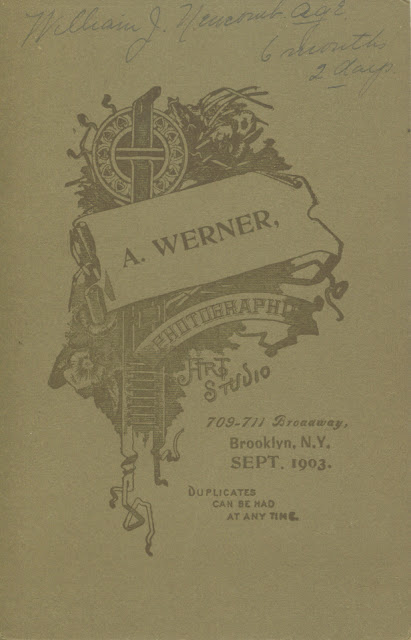 The baby in the photograph is probably the seven year old boy found in Brooklyn in 1910 with his parents, Lydia M. and William D. Newcomb.


Why wasn't the woman in the picture named?  Is she William's mother, Lydia?  According to the census, William was 7 years old and his parents were married for 7 years.  Could be possible, or could be a mistake.  Maybe the woman in the picture is not the baby's mother.  There is a potential marriage for this couple over at italiangen.org:  William Newcomb to Sydia Bexer on 22 June 1903 in Kings County, New York.

So what is the link between this Newcomb family and William Winterton?  The baby William's paternal grandmother was Emma Dunn.  Emma Dunn's sister was Catherine Dunn, mother of William Winterton- the 8 year old boy in the first photos.  So this is really more of a Dunn family album than a Winterton family album, I think.

Another photo provides a clue as to its date, though not its subject. 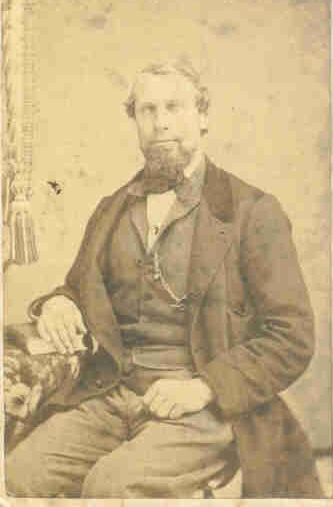 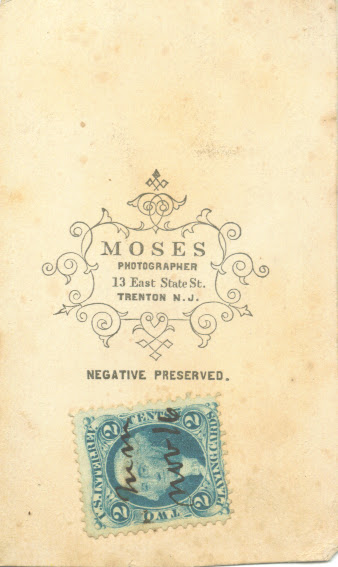 This photograph measures almost 4 inches long and 2 1/2 inches wide.  According to billblanton.com, such stamps were part of a tax to raise revenue for the Civil War; specifically, two cent playing card stamps were used in the summer of 1866.  This particular stamp looks like it was cancelled by the photographer, MM, or Moses, November 16.  We could perhaps date this photo around 1866.  I need to find a man related to the Dunn family living in the Trenton area during the Civil War.

The other photographs are mysteries for now. 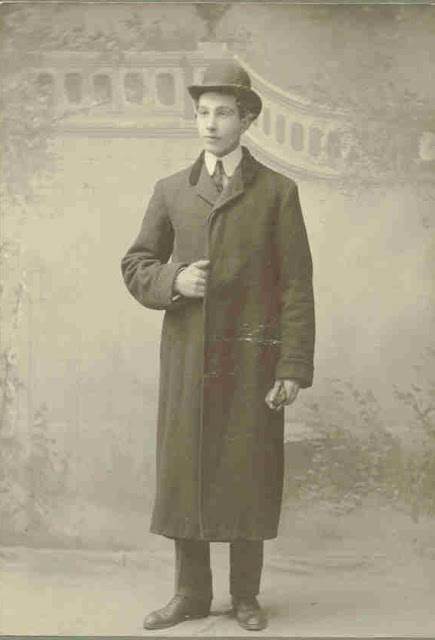 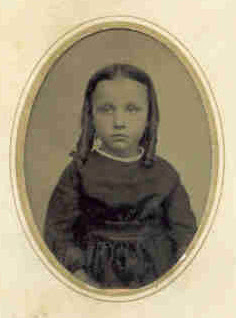 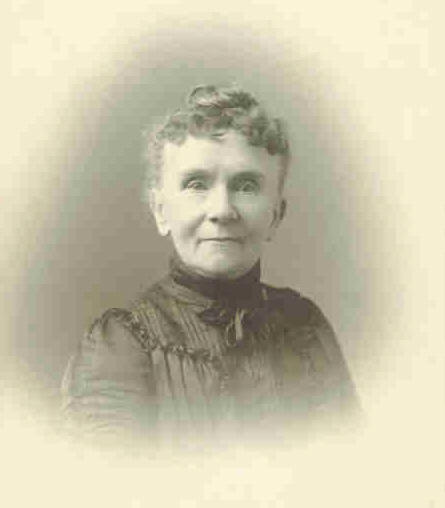 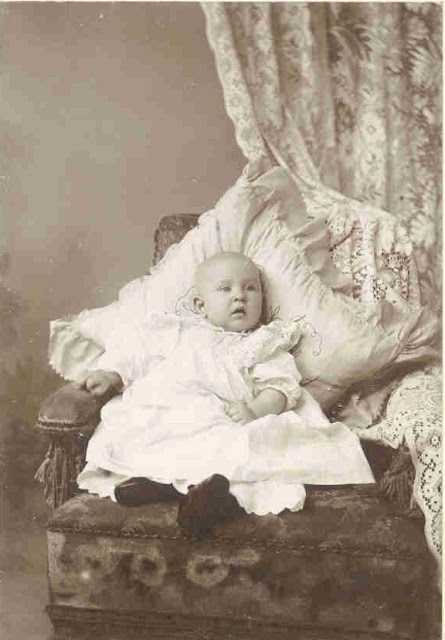 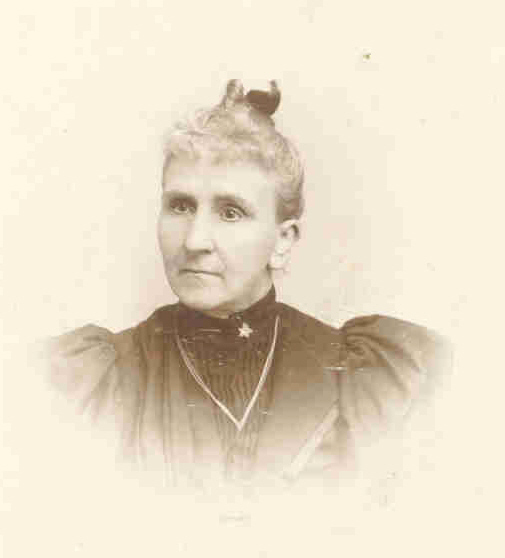