Today would have been the hundredth birthday of my maternal grandmother, Jeannette. She died in 1993 when I was seventeen years old.
Her stories about her family inspired my interest in genealogy.
Her secrets became the focus of my searches.
Jeannette Elizabeth ODonnell was born on July 30, 1920 in Bayonne, Hudson County, New Jersey. She was the fifth and final child of Frank ODonnell and Anna Preston. Anna became ill shortly after the birth and died the following year. Jeannette lived with her paternal grandparents, Patrick ODonnell and Delia Joyce. Jeannette told us about Delia's blindness. Jeannette was very fond of her Aunt Kitty. Many relatives were killed in train accidents. She didn't get along with her siblings because they were raised apart.
Her best friend was her cousin, Edna. Jeannette said that they used to pay one nickel each to get a pack of cigarettes to share.
Edna told my mother and me that she promised to take Jeannette's secrets to her grave. She did. She died four days ago at the age of 98.
My mother, Judith, was born in 1950 when Jeannette was thirty years old. As a child, I didn't notice that Jeannette's stories left out the time period of her young adulthood, from the late 1930s and through the 1940s. All I remember is that she said she was a switchboard operator for the phone company. She had a switchboard plug that she said was used to connect calls.
When I began requesting family documents and photos, my mother told me that I would find discrepancies in Jeannette's story of her life and that if I ever found the truth, she wanted to know.
Jeannette may have discarded her copies of official records of births and marriages, but the State of New Jersey preserved their copies. So did newspapers. DNA testing was unfathomable until recently. That was the key to unlocking more secrets.
As I find out more about the events in Jeannette's life, I can't help wondering how she felt. She hid tragedies. I try to remember her stories for hints or clues, but I come up with no indications of what transpired in her young adulthood.
Happy 100th Birthday in Heaven, Grammy. 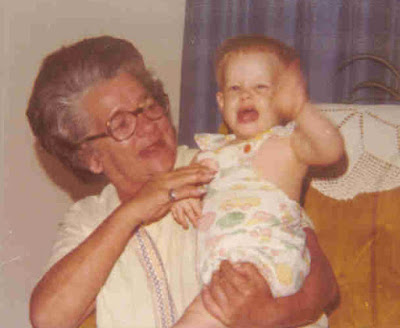 Mary Ann Fraser was born around 1835 in New Jersey. I am trying to find out the names of her parents. (The surname has various spellings.) 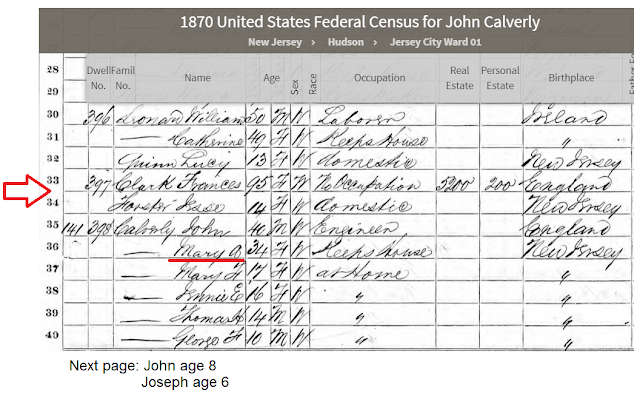 Note that the household next door is Frances Clark, age 95, born in England, and Jesse Forster, age 14, born in New Jersey.

Mary died August 27, 1875 in Jersey City. New Jersey did not create death certificates until 1878, so Mary's death is recorded in a ledger with few details. Her parents and place of burial were not provided. Her age was given as 38 and her birthplace as England.

Naming a son George Frazier indicates that Mary had a close relative with this name.

I looked for Mary and John as a married couple in the 1860 census with children Mary, Jennie, Thomas, and George.

The surname was written as "Calvin," but this appears to be them. Note the household next door- Francis Clark, age 84 (and male), Jesse F Clark, age 6, and George Frazier, age 17, a milkman born in Canada. These are probably two of the same people from 1870- Francis, age 95, and Jesse, age 14.

Was George the brother of Mary/Frances?

Who is Frances Clark? She was too old to be the mother of these children. Was she a relative?

Who was Jesse Clark? Was she Jesse Forster? What is the relationship to Fraser and Clark?

As Mary's children were born, married, and died, her birthplace on these records was recorded as the United States or Jersey City, with one exception. Leonora, Mary's youngest daughter, died in 1941. Mary's birthplace was listed as Cuba. In the 1850 census, George Frasier's birthplace was Cuba. In 1860 his birthplace was Canada. Still, this shows that this is probably the same family because the notion of a birth in Cuba was passed down through the generations. 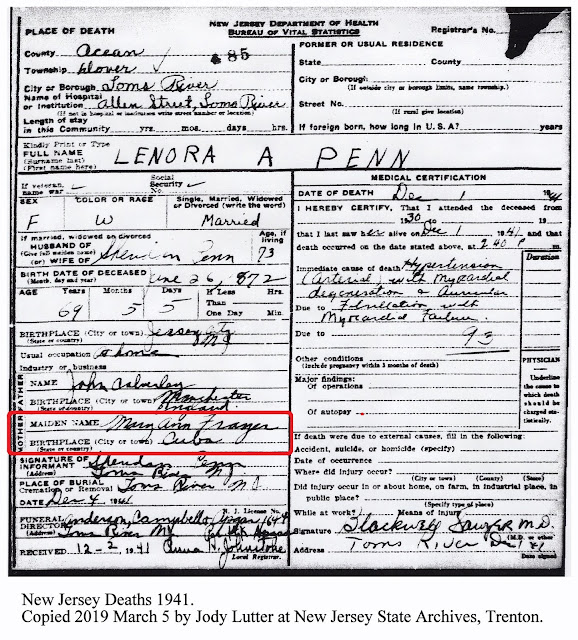 Worth mentioning is another Mary A Fraser. She lived in Jersey City and was around the same age as the Mary Ann who is the subject of this article. And she had a brother named George.

Van Vorst Township existed 1841-1851. It was annexed into Jersey City.

This Mary A Fraser was Mary Adeline. She is not the Mary I am seeking. This Mary married Salman Wheat Hoyt in 1858.

Posted by Jody Lutter at 8:30 PM No comments: 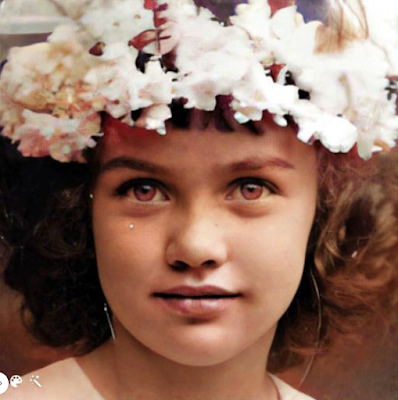 This is Rita ODonnell (1914-1995), my maternal grandmother's oldest sister. (Her eyes were blue, not brown.) She looks multi-dimensional and so real.

Below is the original photo. It's a wonderful photo but the details really come to life in the enhanced and colorized version. 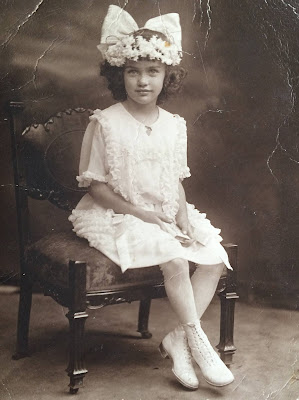 The enhancement and colorization are thanks to a new feature at MyHeritage. You can try a few photos without a subscription. 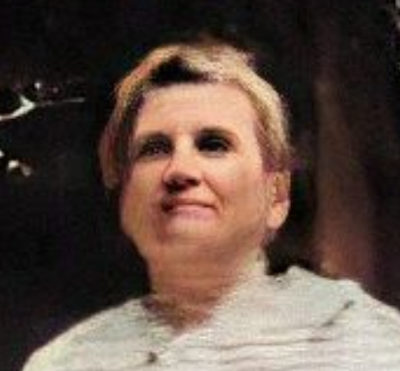 This is Delia Joyce (1862-1929), my grandmother's paternal grandmother. Below is the original. We can see her features, her hair, even her eyelids! 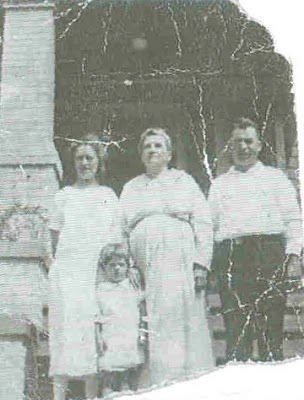 There are few pictures of my grandmother as a young person. The pictures on the bench are great to have, but are of poor quality. The enhancement tool really brings out her features. (Her eyes were blue, not brown.) 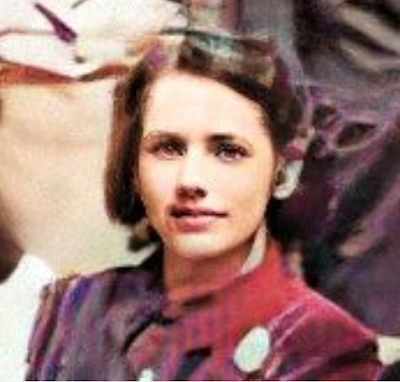 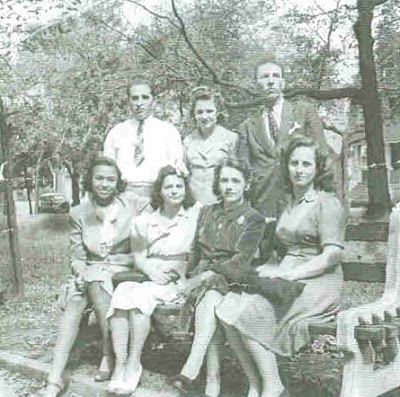 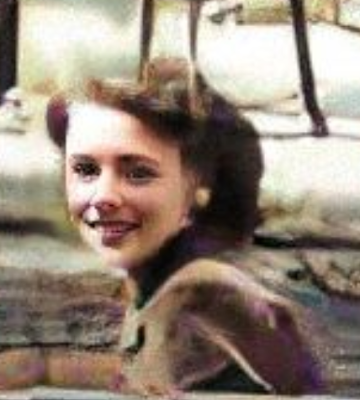 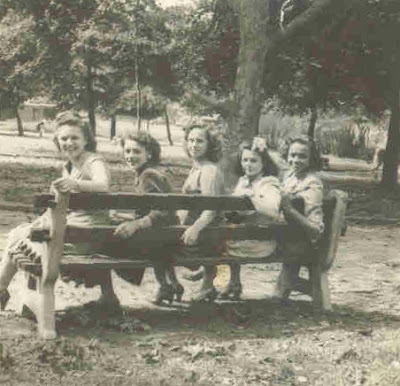 The details for my father's great grandmother, Clara Uhl (1865-1955), really pop. Her soft curly brown hair. Her earrings. The creases in her lips. 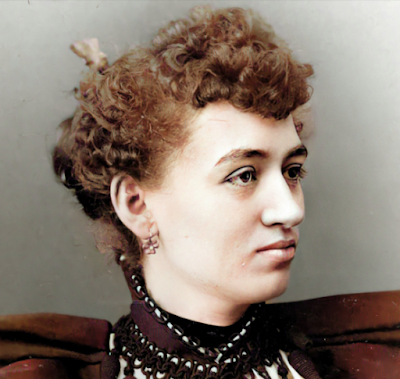 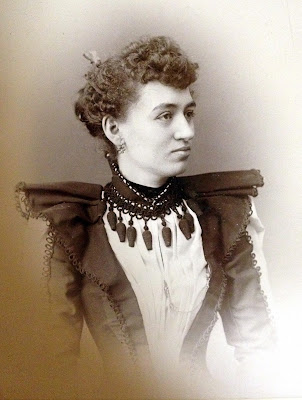