An inquiry from Ireland has helped me expand a branch of my Joyce tree.

Someone contacted me, trying to discover what had become of a grandaunt, Helen Beston.  The information was that Helen was born in Tipperary in 1892 and married John Joyce in New York City in 1920.

I looked for men named John Joyce in my tree and found only one.  John Joyce was born around 1867 in Pawling, Dutchess County, New York, United States to Patrick Joyce and Margaret (or Mary) Campbell, both of Ireland.  John was a brother to my grandmother's grandmother, Delia Joyce, and he witnessed Delia's marriage in 1887 in Bayonne, Hudson County, New Jersey, to Patrick Francis O'Donnell.  John and Delia's mother was killed in 1870 after being hit by a train at Katonah Station. 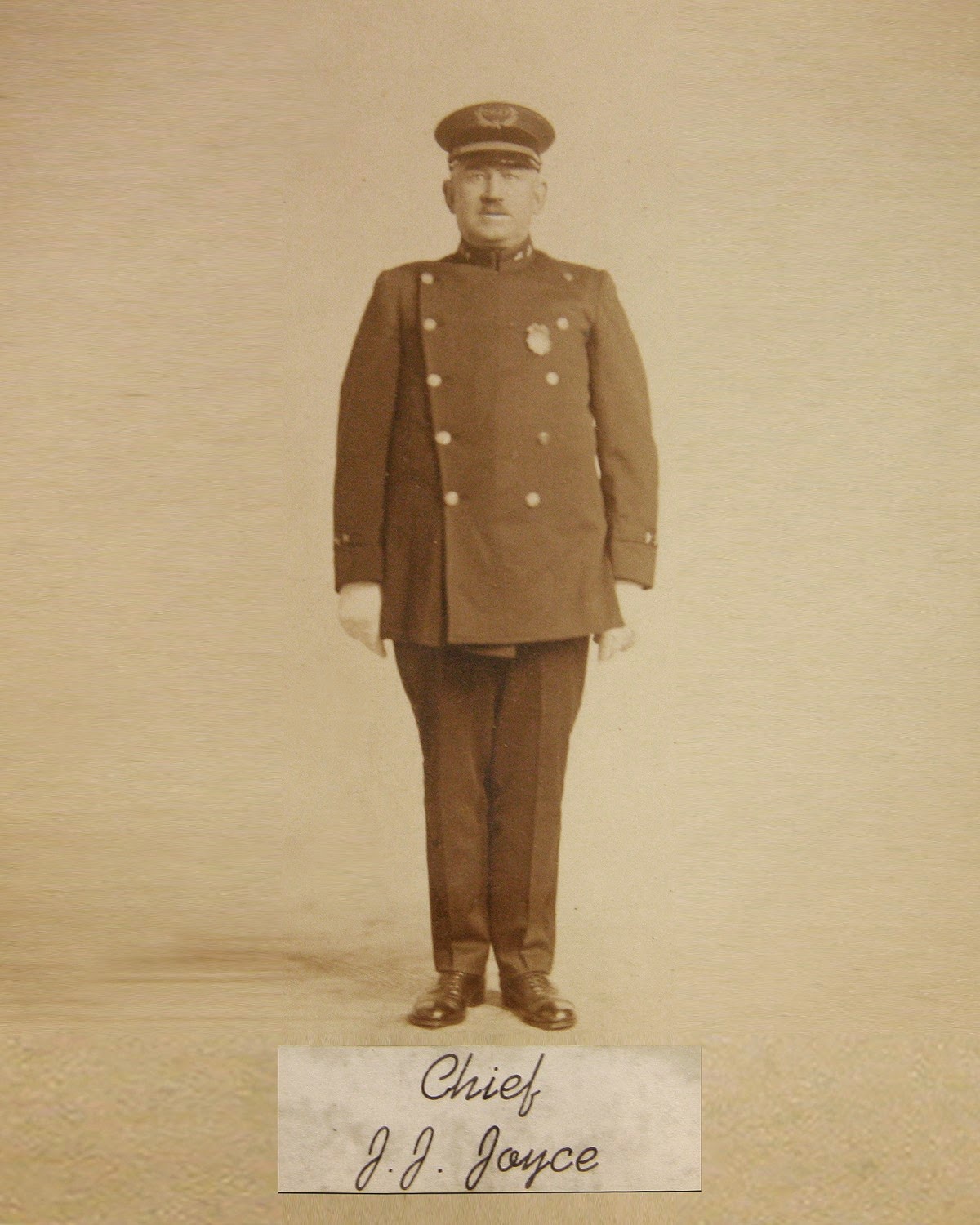 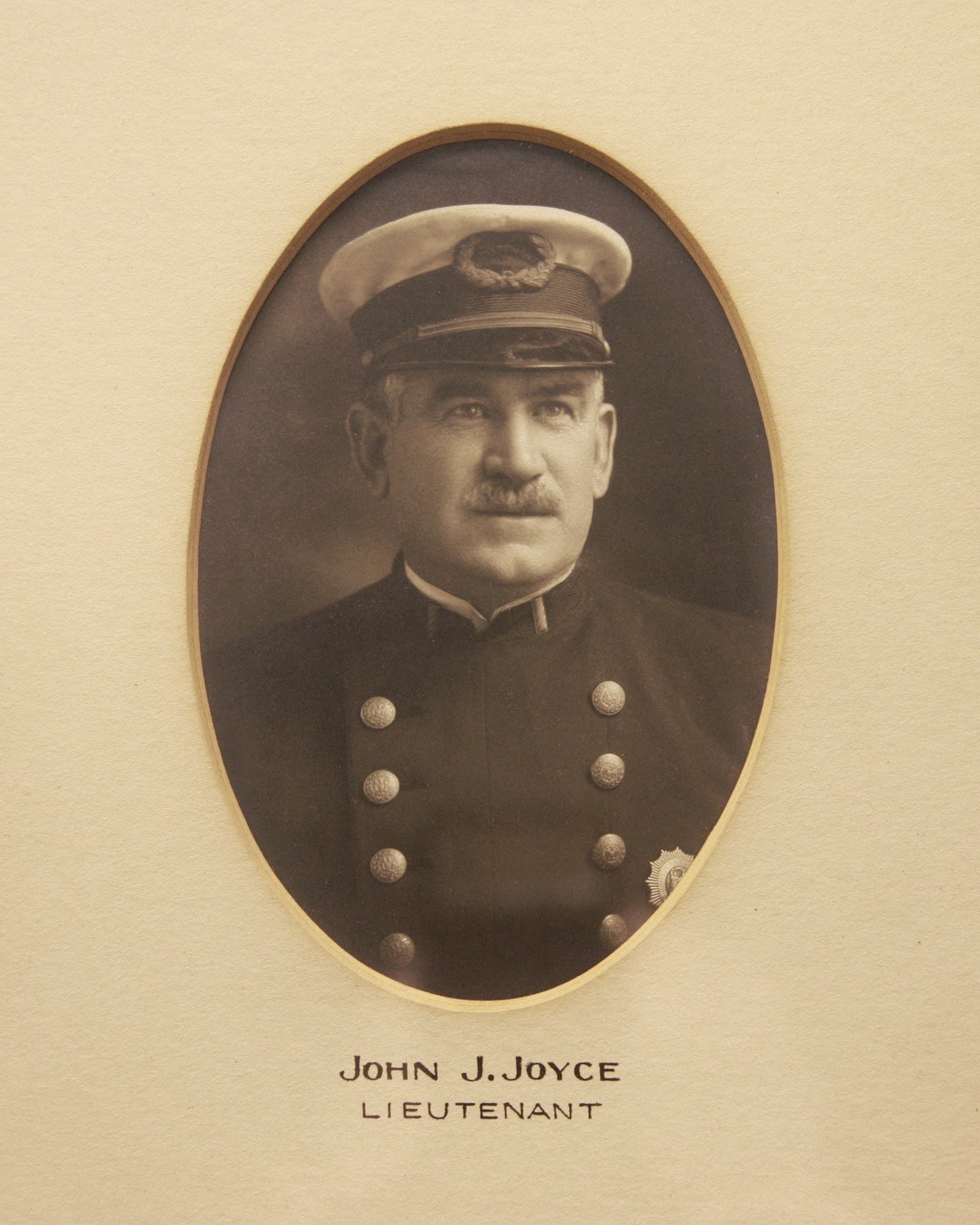 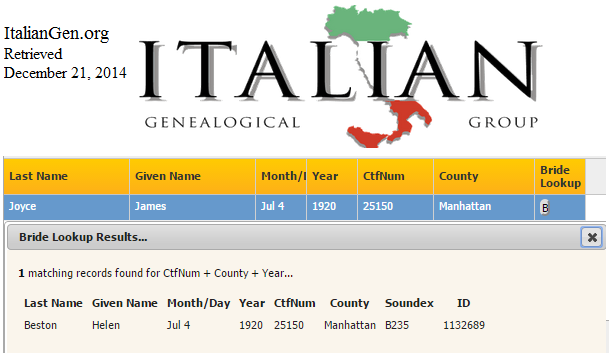 ItalianGen.org offers an index of New York City marriages.  Helen Beston appears in the index as marrying James Joyce on July 4, 1920.  This date struck me because the New York State birth index has a John J Joyce born July 4, 1889 in Pawling. 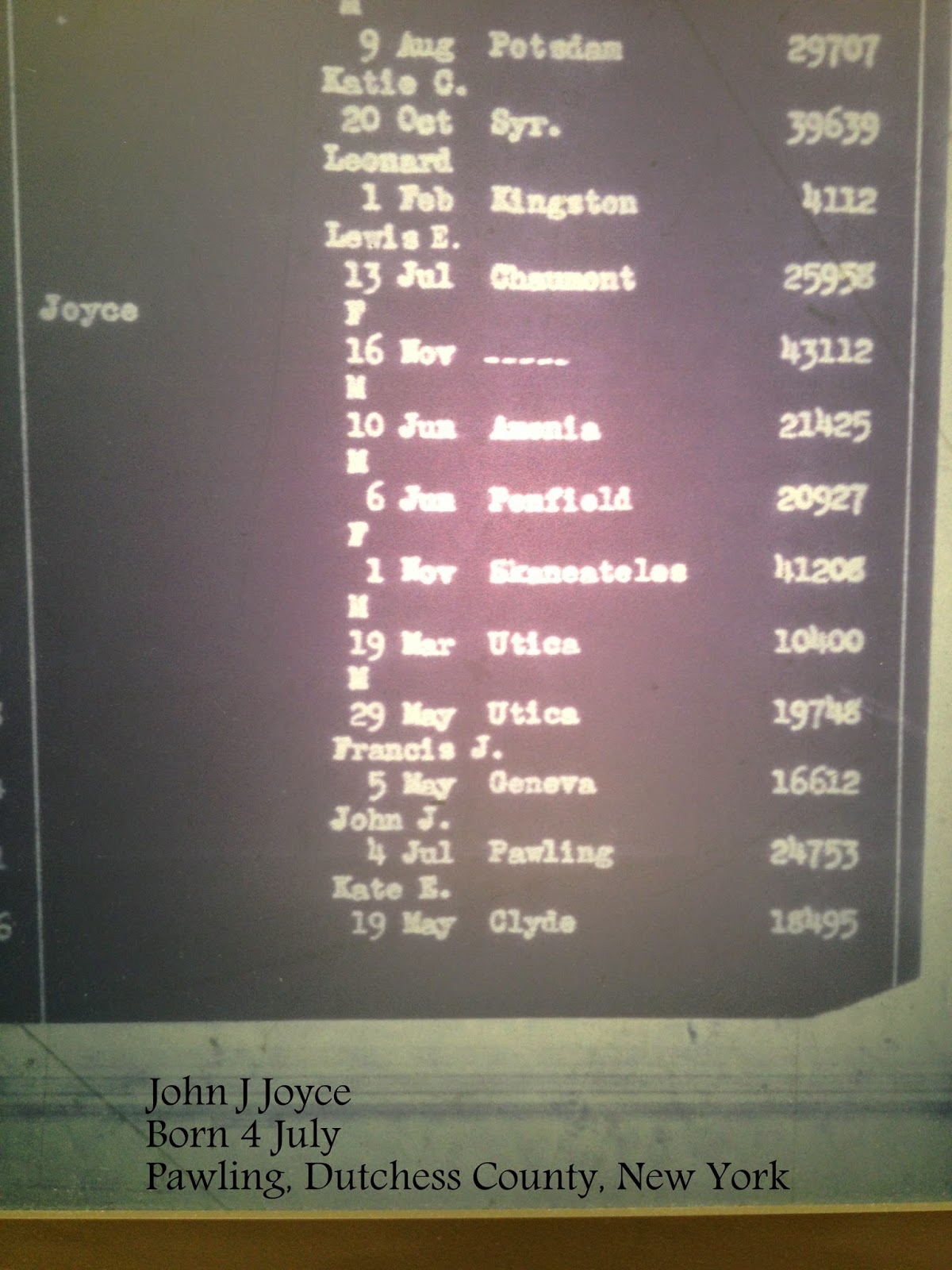 The oldest son of John Joyce and Margaret Delaney used the name "James" or "James Lawrence" Joyce on all the records I found for him, though it appears that he may have been given the name "John" at birth. 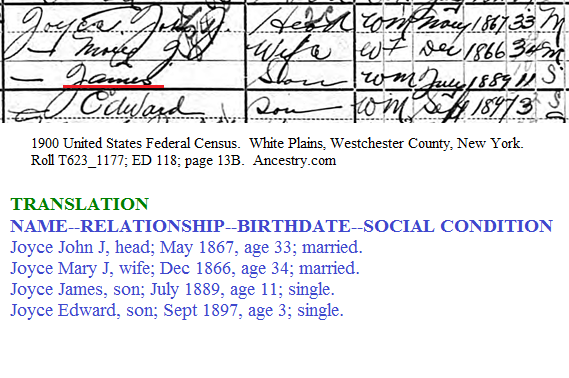 In the 1910 census, James and his brother Edward were single and living with their parents in White Plains.

In the 1920 census, James was still living with his parents, but listed as "wd," the abbreviation for widowed.  Also in this household was James Joyce, Jr, age 7.

The 1915 New York State census allows us a glimpse at James Joyce's first marriage to Catherine.

James Joyce's first wife, Catherine, must have died in between the 1915 state census and the 1920 federal census.  On July 4, 1920, James Joyce remarried to Helen Beston. 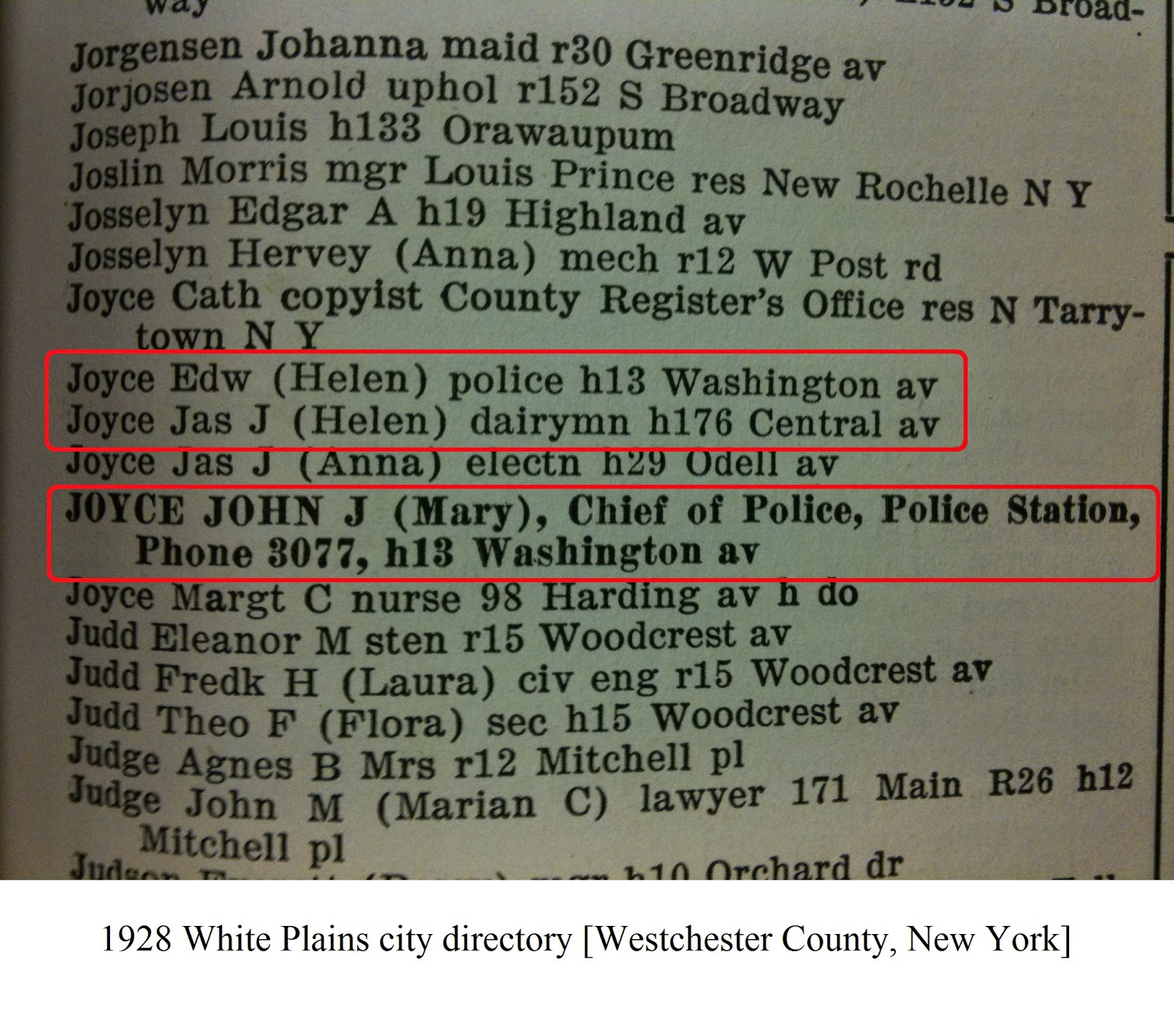 The White Plains city directory from 1928 contains this branch of Joyces:  father and mother, John J Joyce, Chief of Police, and Mary.  Their sons, James and Edward, both with wives named Helen.  Edward Joyce was a police officer.  James was working in dairy at this time.

James Lawrence (or John) Joyce and Helen Beston had several children.  The 1930 census illustrates a household of children from both of James' marriages and the census taker's attempt to make the numbers fit so that all children were a product of the current marriage.

Notice the gap in the age of the oldest child (16) and the second oldest (8).  This is a clue that we could be dealing with two different wives.

Lillian was not Helen's daughter.  The census taker made Helen's age at marriage seventeen, so that James and Helen were married 21 years ago- in an attempt to show that Helen and James were married when Lillian was born 16 years ago.

Lillian would fit as a daughter from James' prior marriage.  However, Lillian was not living with her parents and brother in the 1915 state census, nor was she living with her father, brother, and paternal grandparents in the 1920 census.  Where was she?

If the descendants of James Lawrence John Joyce could come forward, that would be great!