Some DNA matches caused me to delve into my mother's Sheehy branch and find a lot more cousins.

Bridget Sheehy (1857-1916) was my mother's great grandmother. Her death certificate provided the names of her parents, Edward or Edmond Sheehy and Bridget Frawley of Ireland.

Through newspapers, census records, Irish baptismal records, and help from other researchers, Bridget Sheehy's origins were traced to Limerick, Ireland. Five other siblings were identified. They had immigrated to Dutchess County, New York.

In the online baptismal records for Clarina in Limerick, is an entry for James (called Jacobus in Latin). He was baptized March 25, 1855. His parents were Edmund Sheehy and Brigid Frawley. Sponsors were Thomas Leahy and Mary Sheehy. 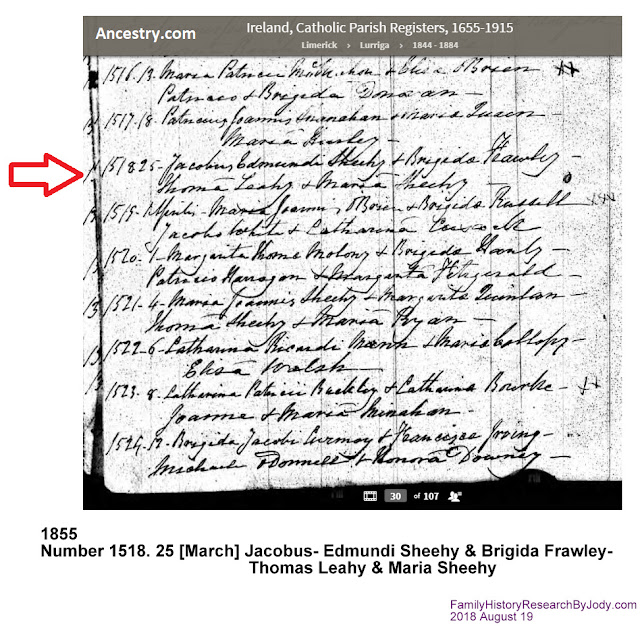 Newspapers for the area of Amenia in Dutchess County, New York are available (for free) on FultonHistory.com.

Searching the cemeteries online via FindAGrave lead me to Anna Sheehy (1851-1929), called Joanna in earlier census years. Again, she is not with her parents, Edmond and Bridget, in New York, though she is also buried at Immaculate Conception Cemetery. On the same microfilm roll as the other siblings is the baptism of Joanna, daughter of Edmond and Brigid, on May 4, 1851. Sponsor was Margarita Sheehy. 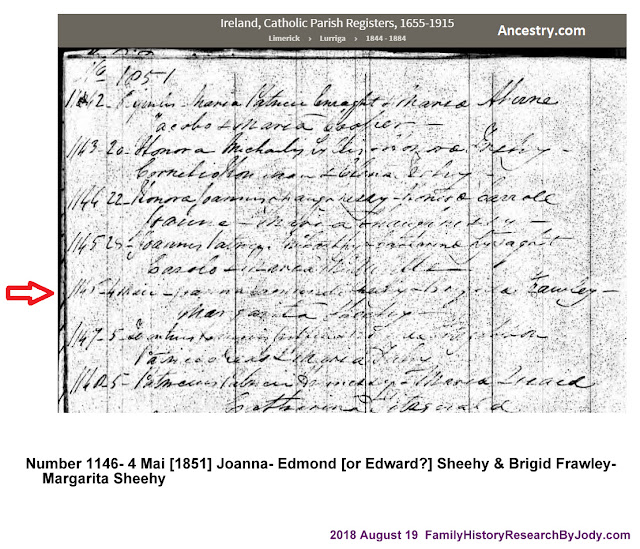 In New York, Ann Sheehy is first found in the 1875 New York State census in Pine Plains. She is Johannah Maloney, wife of Jeremiah Maloney. They have two children, Mary and John.

After Jeremiah Maloney died, Ann remarried to William Patrick Newman in 1890. He was not enumerated in her household in the 1900 census. Ann had at least two children with William: James and Patrick. 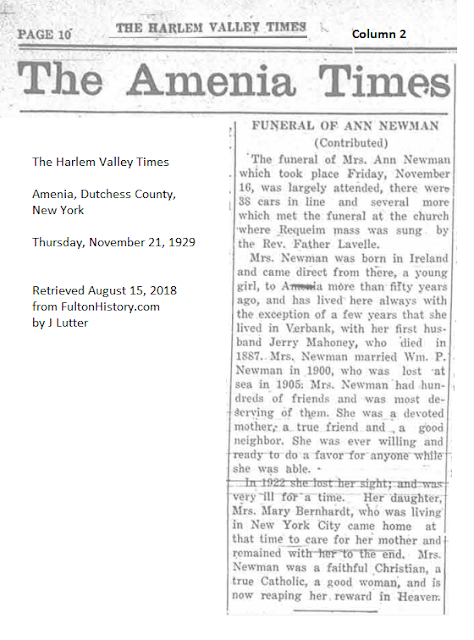 I ordered a copy of Ann's marriage record from 1890. Her parents may be listed, which would provide a more definite link to Edmond Sheehy and Bridget Frawley.


The third newly discovered child is the earliest one yet of Edmond and Bridget. 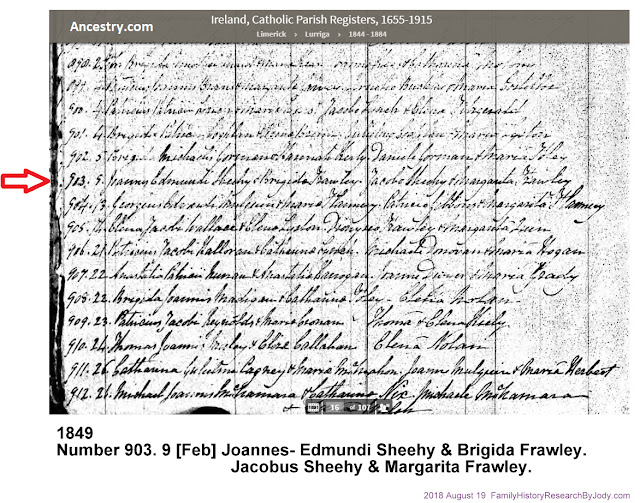 John was buried at Saint Joseph's Catholic Cemetery in nearby Millbrook.


An additional DNA match could land us the generation beyond Edmond Sheehy and Bridget Frawley. The maternal grandmother of this DNA match was Margaret Gorman (or OGorman), born about 1874 in Ireland. Margaret's mother, according to her marriage record in Fitchburg, Massachusetts, was Mary Sheey. This Mary is not the daughter of Edmond and Bridget because they already have a daughter named Mary (1853-1897) who is accounted for. (She married Thomas Ahearn.)

It is great to take a DNA match and trace back until the Sheehy connection is found. 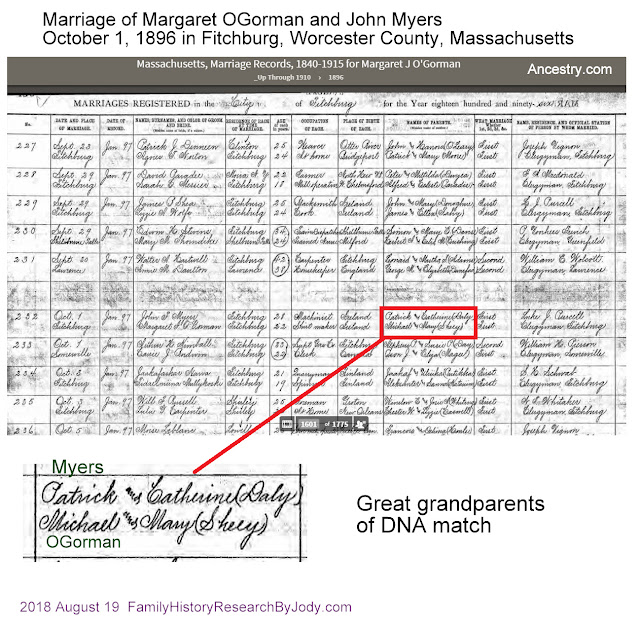 Thus far I have identified nine children of Edmond Sheehy and Bridget Frawley, born between 1849 and 1866 in Limerick, Ireland. Further research and DNA connections will solidify or modify this construct.

Posted by Jody Lutter at 12:00 AM No comments: Links to this post