A stone for a veteran of the Civil War surfaced at Mount Hebron Cemetery in Montclair, New Jersey. 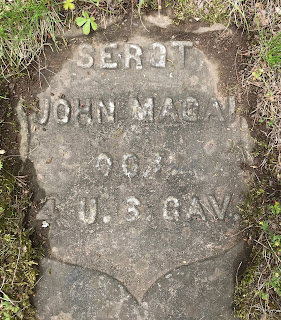 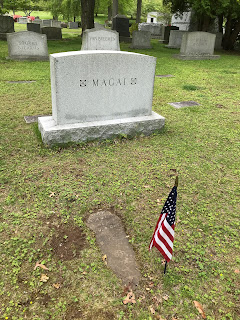 I wanted to find out more about this soldier. He was in a family plot. Locating him in a census with his family would help to identify him. 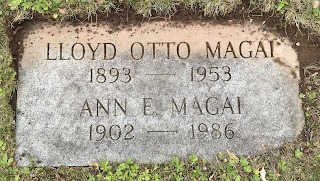 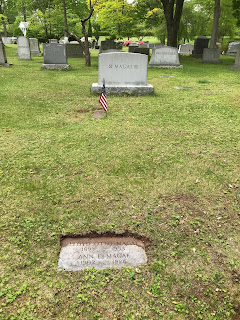 John Magai, age 39, born in Austria (probably present-day Slovenia) was living in the Town of Union, Hudson County, New Jersey, in 1900 with his wife, Eliza [Gutberlet or variation], and their many children, including Loid [Lloyd], born in 1893. This fits the Lloyd on the tombstone next to John.

John may have returned home in Europe a few times. He applied for a passport in New York in 1873, listing his birthdate as May 14, 1843. 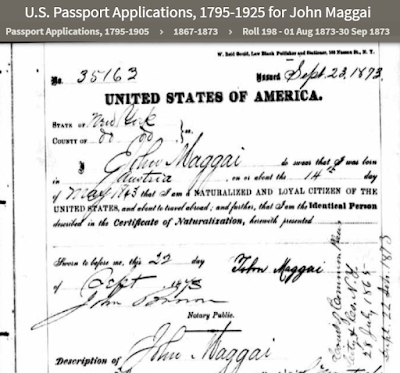 An obituary for John Magai appeared in the Jersey Journal on August 18, 1916. He was a veteran who served the 5th New York Cavalry, which does not match the stone. 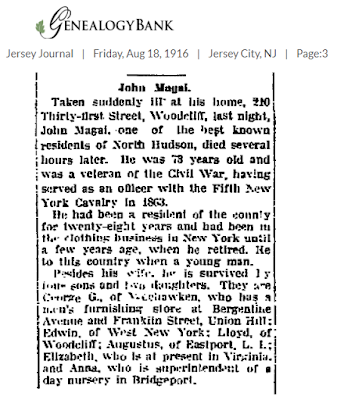 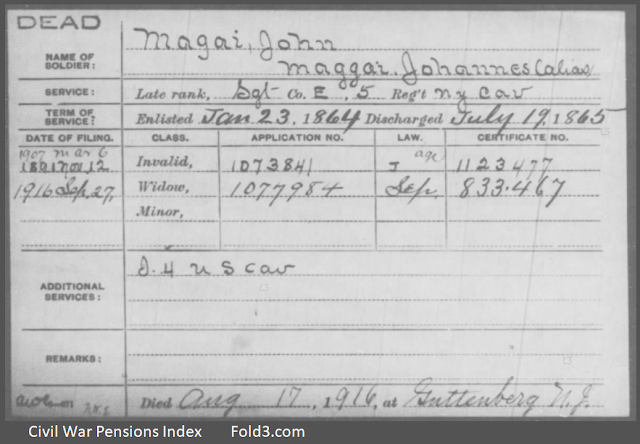 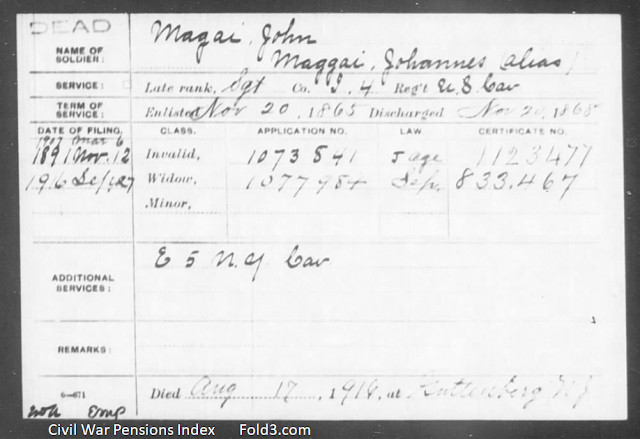 John and Elizabeth probably married as he completed his service. The children were born from 1869-1893. All but Lloyd appeared to have been born in New York. 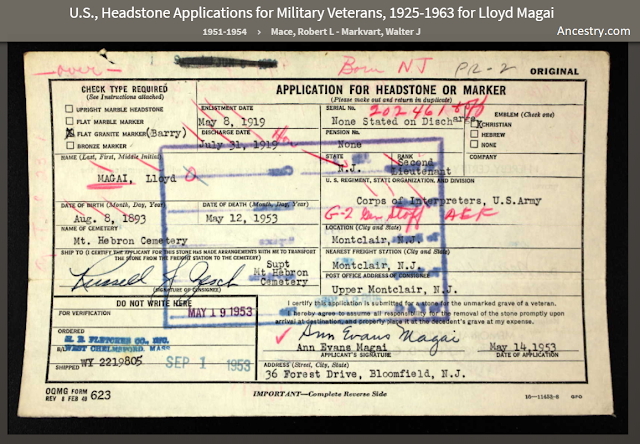 Lloyd served in the Army in World War I. His application for a headstone can be viewed in color at Ancestry.com.

Posted by Jody Lutter at 9:14 PM No comments:

Couple Died on the Same Day

While in a cemetery, Mount Hebron in Montclair, New Jersey, a family plot caught my attention because two members died on the same day. 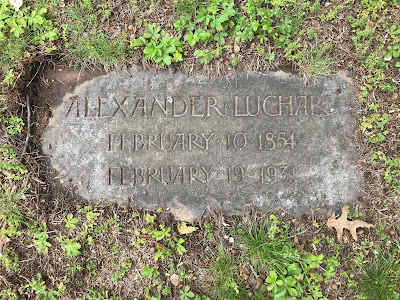 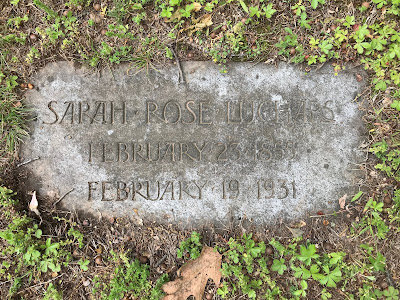 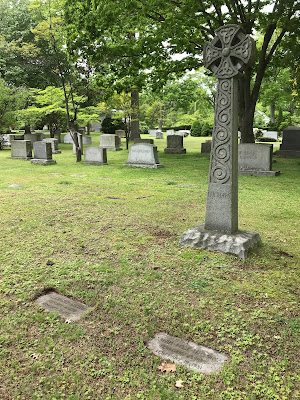 A little digging revealed that Alexander and Sarah were husband and wife, originally from Massachusetts. Sarah's name was Yarnall. Alexander was a mechanical engineer. The cause of death of both was pneumonia according to the shared obituary.

The State Archives are closed for now. I cannot lookup their death certificates, which would possibly reveal additional relevant information. 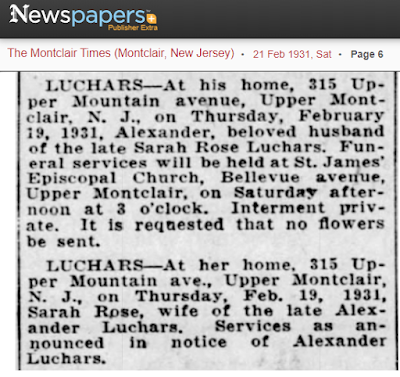 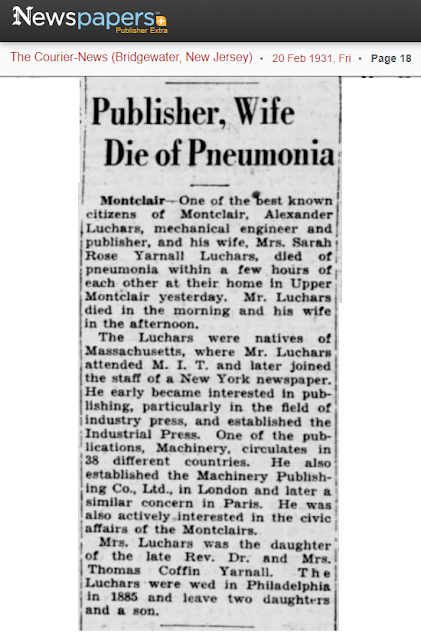 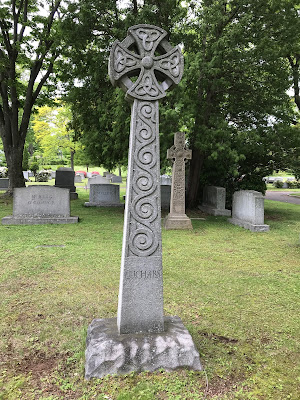 A Celtic cross stands over the family plot, adorned with triquetra.

Question 1: Do the S-shaped swirls have a formal name? Are they a form of triskele?

Posted by Jody Lutter at 9:41 PM No comments: