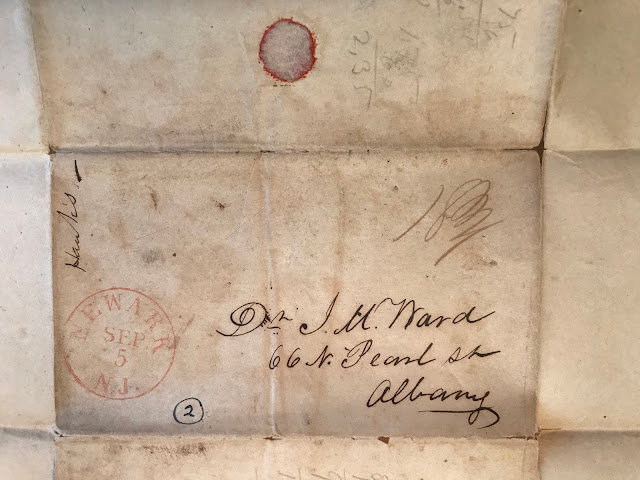 No doubt you have been looking for
an answer to your letter to Horace in regard to Nancy
Barton, written about two weeks since. It is one week
to day since Julia called on Nancy and I supposed
that Horace had written to you on the subject until
Saturday when he told me that he had not, and
desired me to write. Nancy informed Julia that she
had just engaged to stay with Ms Matthews for six
shillings for weeks, but that if she had known that
you wanted her before she would have been glad
to come. Ms Richards and Emily left here last
Friday morning for Philadelphia. We proceeded down
the old road as far as the junction of the turnpike when
Emily was suddenly taken with flowing very copiously
immediately turned about and came up the turn-
pike and at home as soon as possible. Emily was put to
bed and the Dr was in attendance in a few minutes.
As yet nothing further of consequence has taken place
but he thinks a miscarriage inevitable sooner or later
and the consequence may be very serious. In addition
she has a light attack of Bilious Remittent fever and
is confined to the bed pretty much all of the time.
Ms Richard remains also with us untill something deci-
cive shall take place in regard to Emily. Philice has
been herefor a week or two and on Saturday she was taken
sick- pain in the breast- headache nausea +e she is
confined to the bed and the Dr prescribes for her every day
Emily and Philice have both been bled and physiced
to their hearts content I should think but we must
obey the Drs direction. Julias health has suffered some
from excitement. She has had more pain and pressure
in her breast and her cough is increased. She has taken
one powder and though it relieved her a little, since
which she has not taken any more. I have ? a his time
after time that if she gets sick again, it will be her own
fault, as she has the remedy in her power but is too
thoughtless or careless to use it. There is considerable
sickness about at present mostly of a Bilious character.
We shall be happy to hear from you whenever
convenient. Much love is sent from all to all.

I remain yours truly


Dr Isaac Moreau Ward (1806-1895), the recipient of this letter, was practicing medicine in Albany, New York in 1842. By 1850, he had returned to Essex County, New Jersey and was farming in Clinton, later known as Irvington. 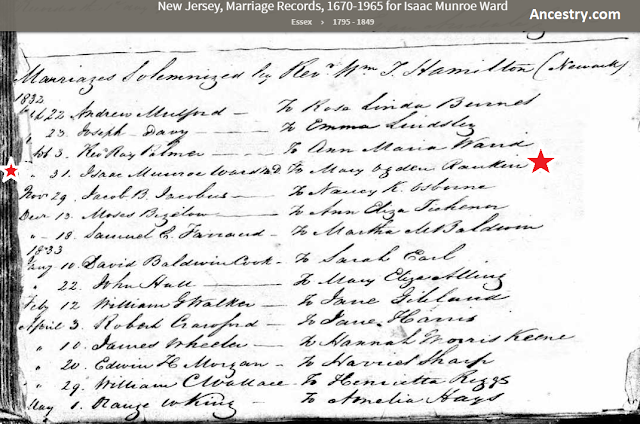 Dr Ward's wife was Mary Ogden Rankin. They married in 1832 in Newark.


The author of this letter, Oliver P Hanks, had married Dr Ward's sister, Julia Ward (1822-1843), in 1838 in Bloomfield. Julia died a year after her husband wrote this letter and is buried in Bloomfield Cemetery. 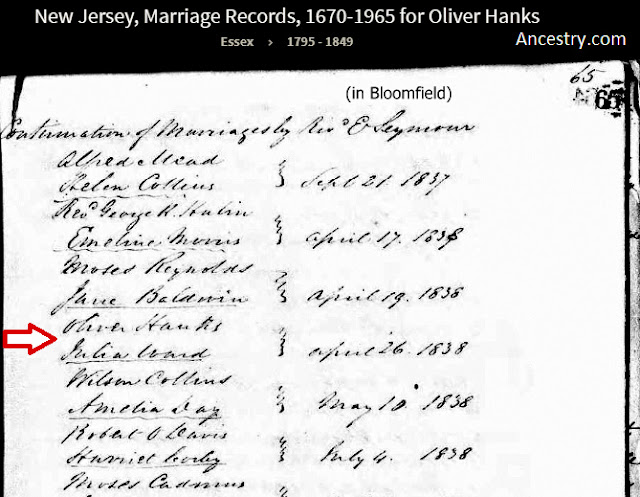 The Horace mentioned in the letter could be another sibling, Horace Hinsdale Ward (1808-1845). In 1831 he married Mary C Keen of Bloomfield. 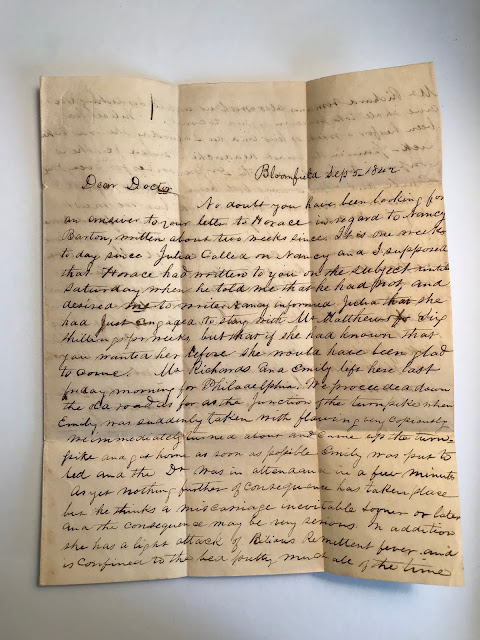 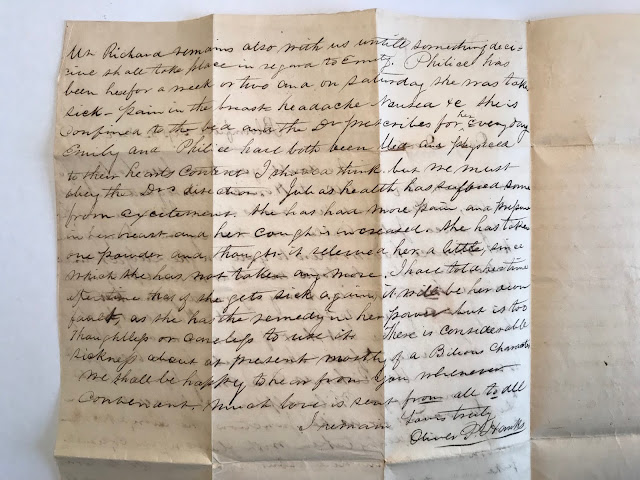 Posted by Jody Lutter at 2:02 AM No comments: