Tracing Another Sister of Patrick ODonnell

A death certificate from California confirmed that I accurately tracked a sister of my maternal great great grandfather, Patrick Francis ODonnell (1856-1931).

Patrick's obituary from the Bayonne Times listed a sister I did not know about: Kathryn Mason Kennedy of Stockton, California. (The mother of Reverend Charles Leo ODonnell was another sister, Mary.) 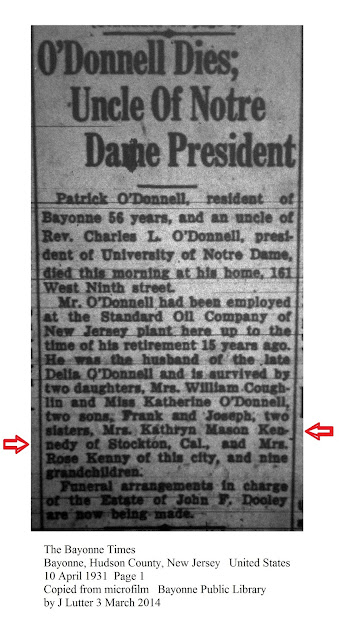 The earliest record I could find for Kathryn was the 1885 New Jersey State census in Bayonne. She was Kate Mason, living with Charles Mason. 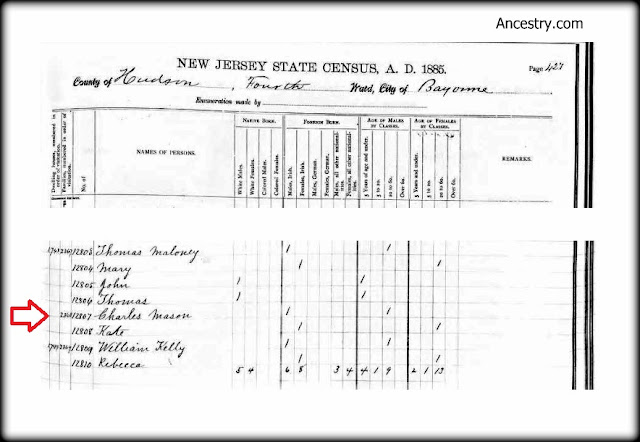 In September of 1885 in Bayonne, Margaret Mason was born. I have not found a birth certificate for her filed with the State. She was baptized at Saint Mary's Church in Bayonne, which was frequently used by the family. 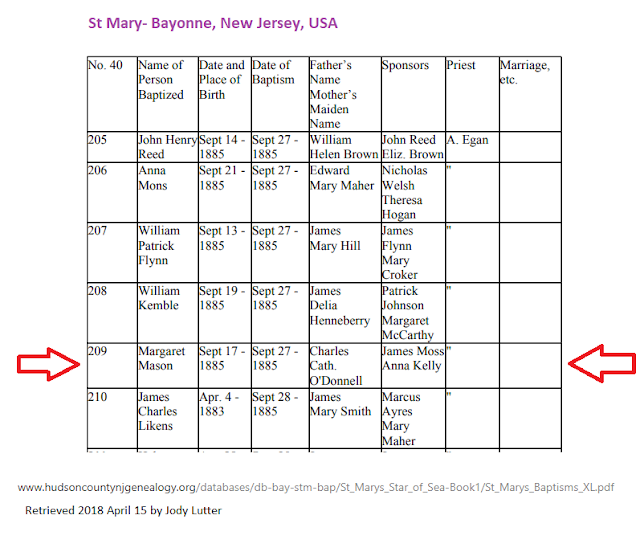 Kathryn's next appearance was in Brooklyn, New York in the 1900 federal census. She was widowed, age 48, with two children:

I do not know how accurate this is, but for the question of children, Kathryn had listed four children, three still living.

I have not found Kathryn in the 1910 federal census. 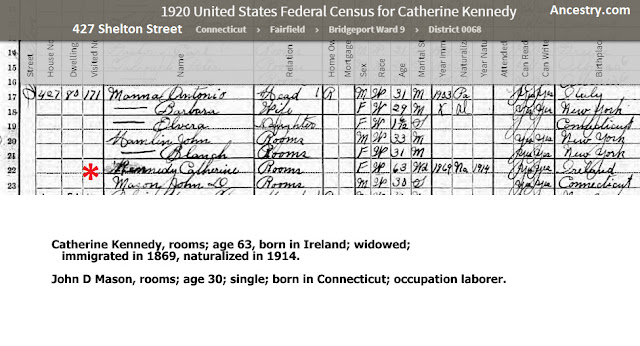 In the 1930 census, Kathryn had joined her daughter in Stockton, San Joaquin County, California. 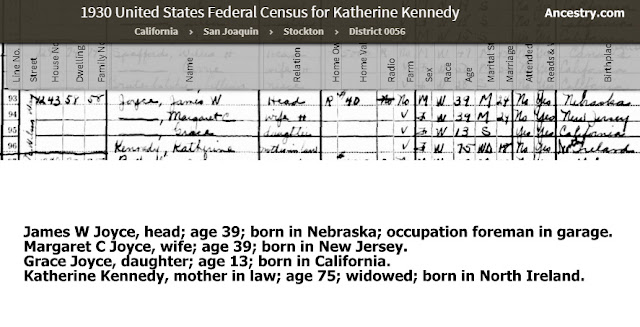 Catherine Kennedy died in Berkeley, Alameda County, California on September 20, 1939. Her parents were listed as Peter ODonnell and Margaret Gallagher of County Donegal, consistent with the records of her siblings. Catherine's place of birth was listed as Killybegs. From this I also learned that her husband's name was Patrick Kennedy.


I do not know what became of Kathryn's two husbands, Charles Mason and Patrick Kennedy.

Kathryn's son, John Daniel Mason, served in World War I. He twice stayed in Togus, Maine at a National Home for Disabled Soldiers. I do not know what became of him.

Kathryn's daughter, Margaret, had one daughter, Grace Catherine Joyce, born in 1917 in California. Grace married Robert John Duggan (1913-1991) and had children and grandchildren.

I would like to find out when and where Kathryn's husbands died and if she had more children.