While collecting vital records for the surname Lutter or Luther in New Jersey, I found this sad record of death.

Martin Luther, a baby aged five months, died at the Home for the Friendless in Oceanfront, Monmouth County, New Jersey on June 23, 1879.  Next to his name was "Foundling."  Cause of death was cholera.

He may have been an orphan train rider.  (You can read my review of the novel Orphan Train here.)  According to the death certificate, he was born in New York City and arrived in New Jersey one week prior.  No parents are listed. 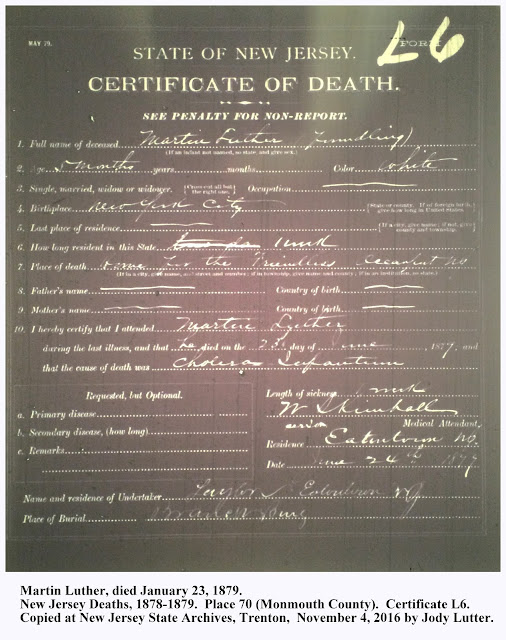 This location may have been in Eatontown, a branch location for the Home for Friendless Children through the Female Guardian Society. 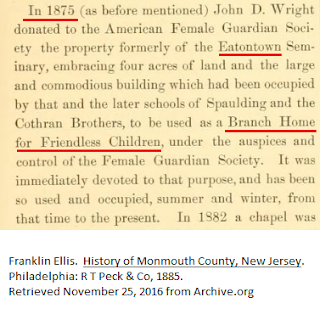 If anyone has any information about this destination for unwanted children, please let us know. 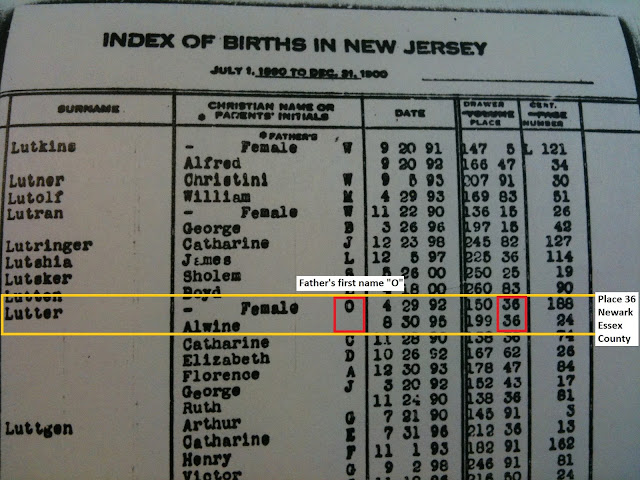 According to the 1900 federal census, Otto and Martha had four children, one still living- Augusta. 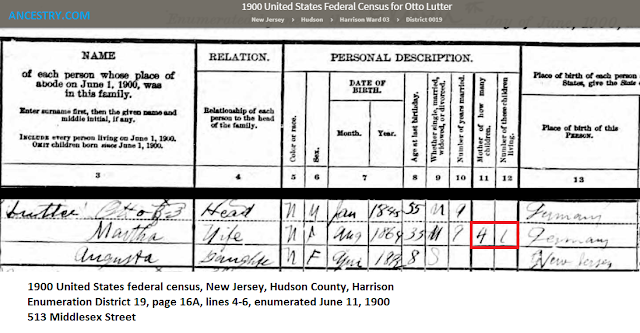 By going through death records, I located a third child, William.  He died at 39 Rutger[s] Street in Newark on July 26, 1894 and was buried at nearby Woodland Cemetery.  Otto was buried at Woodland fifteen years later, but not with William.

Baby William was nine months old when he died, so he was born around October 1893.  There is no entry in the birth index for him under Lutter or Luther. 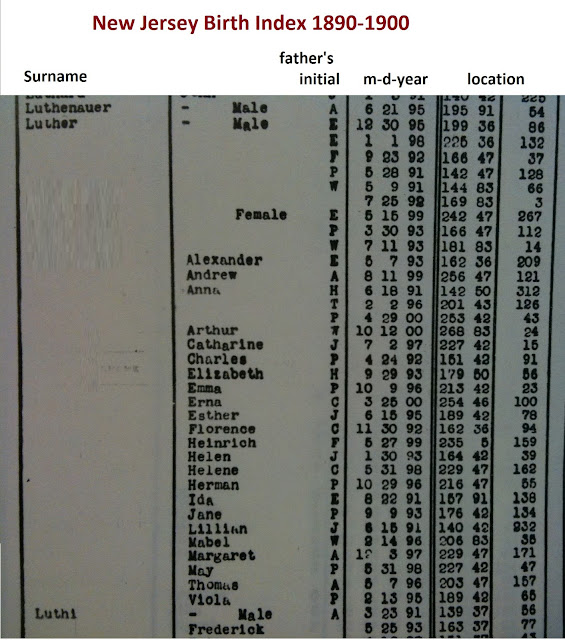 William was probably named after his paternal grandfather.  (The paternal grandmother's name varied on the three records that I have, so that is another mystery to decipher.)  Finding all the children of a couple is important for linking the family together through repetition of given names.  The fourth child of Otto and Martha will probably be uncovered in a death, not birth, record.  Births were not consistently reported.

"Ottillis" Lutter was buried at Woodland in December of 1898.  This could be the fourth child, or it could be Alwine, born in 1895.  I have not found a death record for Alwine yet.

Posted by Jody Lutter at 2:02 AM No comments:

Sale on DNA Tests for Genealogy 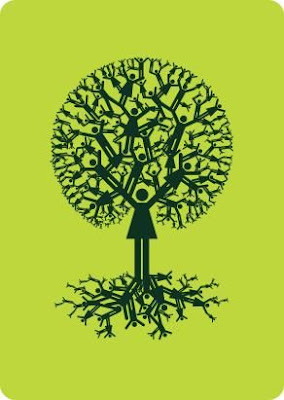 All DNA tests for genealogy are on sale at Family Tree DNA through November 21, 2016.

$59 (US Dollars) for the Family Finder (autosomal DNA) is the best deal out there.

This test estimates your ethnic percentages and lists people who share DNA with you.  They are descendants of your ancestors and the next step is figuring out which ancestors you have in common.

Direct lineage tests (Y-DNA and mt-DNA) are on sale and coupons are floating around!  I'll post codes in the comments below and then delete when used or expired.
Posted by Jody Lutter at 12:17 AM 1 comment:

Create your own interactive family tree through a tool developed by Bradford F Lyon.


Below is a tree of my father's ancestors.  At a glance, you can see the lines that are traced back farthest, as well as the tail ends of each line.  (Individual names appear as you scroll the cursor.)

My mother's tree, in contrast, does not extend past the 1800s, so far fewer ancestors are displayed.

You can also generate a descendant tree.  The tree below is for Joost DeRieux, the original immigrant of my Duryea line, who was born around 1635.  Not every descendant is in the family tree file that I used to create this diagram, but you can see at a glance which branches died out or which ones need further research.