After years of decreasing prices for DNA testing for genealogy, I am sad to write that the price has increased.

23andMe is reviving its DNA-based health related testing, doubling the price for a kit from $99 (US Dollars) to $199.

The frustration in using 23andMe for genealogy is that a lot of consumers tested their DNA for health purposes, not genealogy.  You choose which part you wish to participate in- genealogy or health or both- but family researchers are plagued with DNA cousins with no interest in communicating who posited themselves in the genealogy pool.

The effect of this price increase may drive genealogy DNA customers away from 23andMe to one of the other companies.  If you are serious about finding relatives, your DNA needs to be at all three companies anyway.  But frustration will increase as more people test for health and not genealogy, artificially increasing the genealogy pool available at 23andMe. 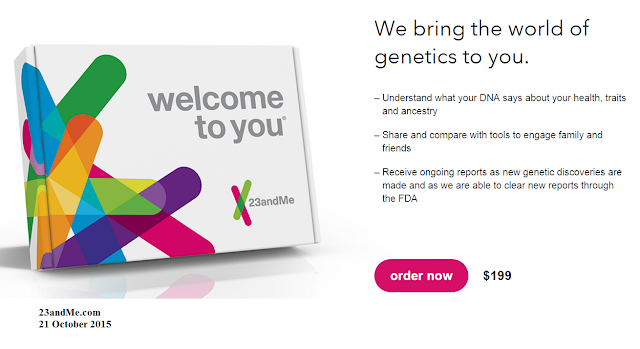 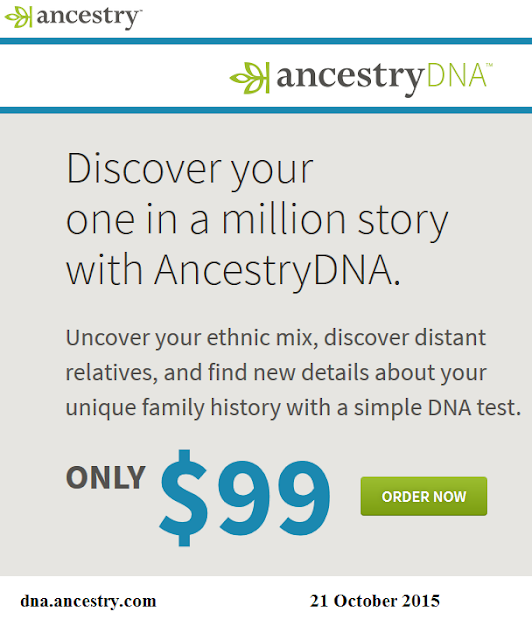 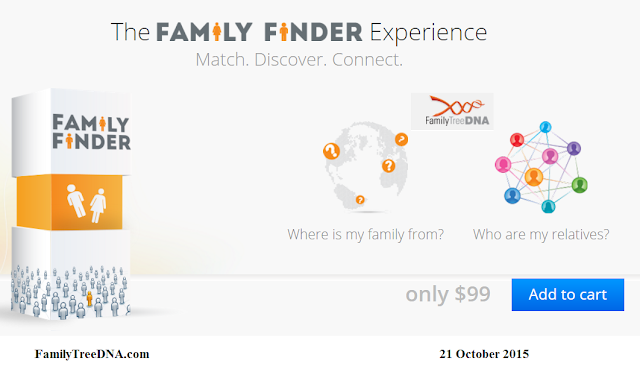