The Divorce of the Dickersons

She lived in Morris County, New Jersey. In 1895 she was married to Nathaniel F Dickerson (1873-1938) by Reverend Clark of the Methodist Church of Rockaway. 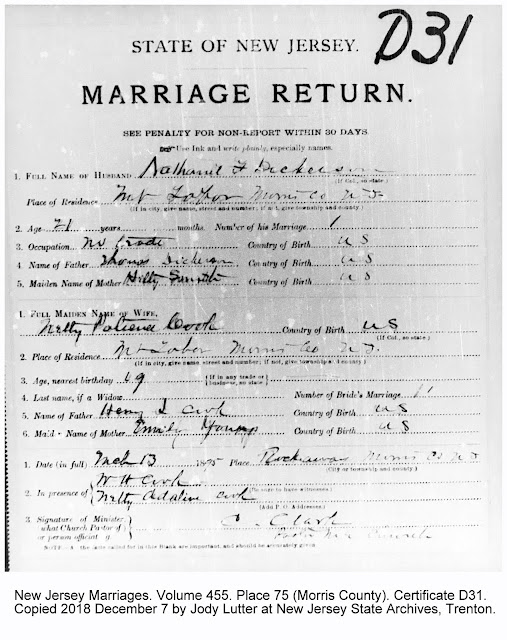 Two children, Raymond and Elvin, died on July 31, 1900 in Denville from dysentery. They share a gravestone in the Denville Cemetery. 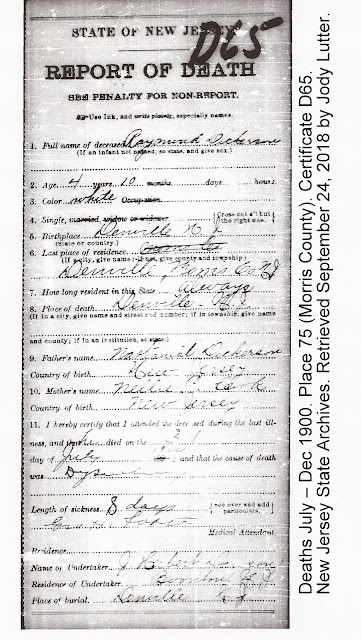 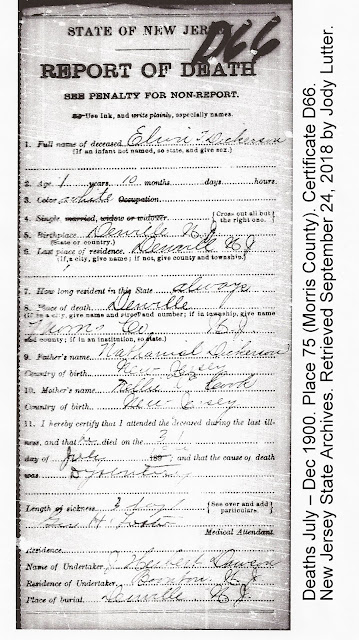 In the 1910 census, Nellie was living with her son, Vernon, in Rockaway, without Nathaniel.

Nellie filed for divorce from Nathaniel in 1909. The records are housed at the New Jersey State Archives in Trenton.

Nellie's complaint stated that Nathaniel was having an affair with Sadie Virginia Dobbins, also known as Virginia Butler. Nathaniel left Nellie on December 13, 1903, two days after she gave birth to Vernon, claiming he was setting out to learn the plumbing trade.

A witness testified that Nathaniel and Virginia began boarding in her home in New York City on December 25, 1903. They presented themselves as married to each other. 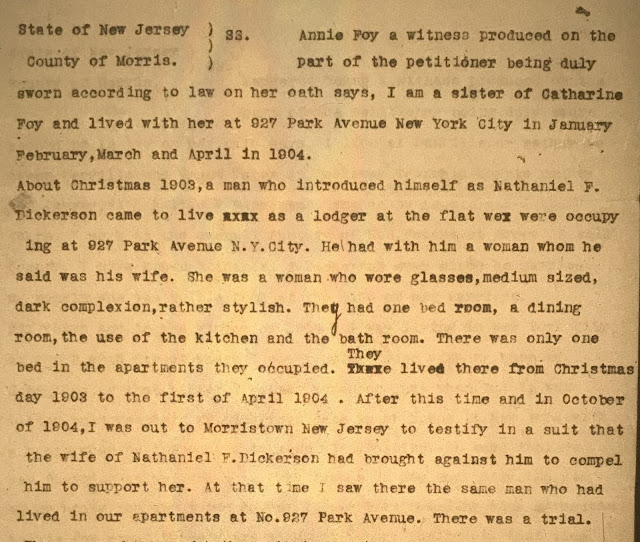 The divorce was granted. Nellie was awarded $69 in fees. 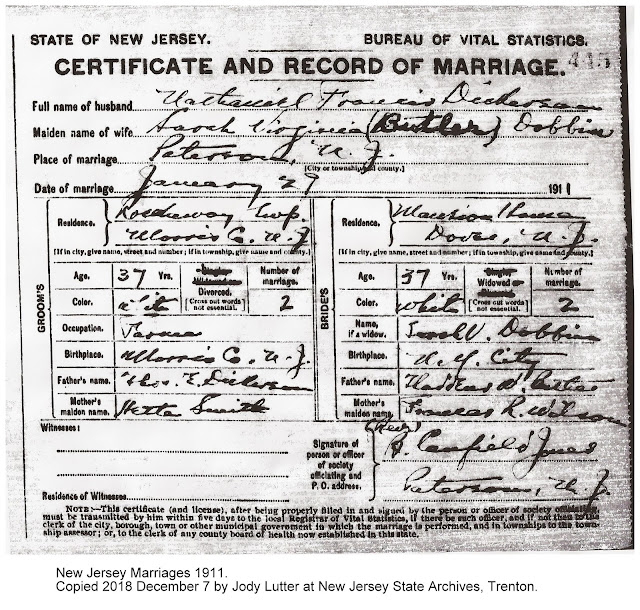 Nathaniel did not pay the money to Nellie. She kept taking him to court as late as 1918. 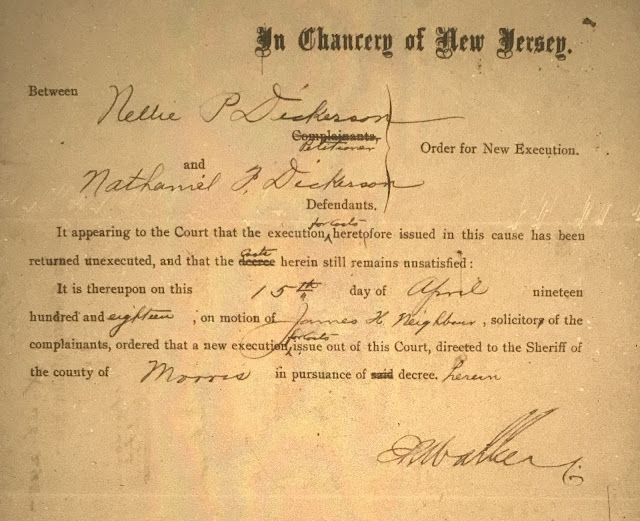 As an aside, Nellie's name on her marriage certificate looks like "Netty," which can be confusing because Nellie had a sister named Nettie (1868-1945), who married Francis E Peer (1870-1932). In the divorce complaint, Nellie explained that a stray mark of ink makes the letter Ls in her name appear to be letter Ts and that her name is Nellie, not Nelly, Nettie, or Netty.

Posted by Jody Lutter at 1:05 PM No comments: