This VFW is unique because the Commander, Glen J Flora, turned it into a museum. The space holds information about local Bayonne residents who served in wars, as well as military artifacts from every foreign war. The is an education in American history.

In December and January I met with Commander Flora and Jackie George, Esquire, Commander's Aide and Museum Tour Coordinator. They explained the Museum and its story.

The place caught my attention because my grandmother's grandmother, Delia Joyce (1862-1929), lived in Bayonne. Whenever people of the same surname live near your ancestor, they should also be researched.

Martin Aloysius Joyce (1894-1918) is one of the two servicemen for whom the Museum is named. He was born in Bayonne to Michael Joyce and Mary Corcoran . 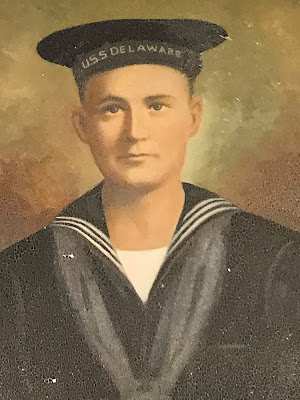 Martin Joyce was a fireman in the Navy aboard the ship USS Delaware when his skull was fractured. The newspaper articles in The Bayonne Review give the date as December 25 and January 25. He died in January 1918 at the Royal Naval Hospital in Edinburgh, Scotland. His parents were notified by cable.

His body returned Bayonne in March. His funeral was from Saint Henry's Catholic Church. Interment was Holy Name Cemetery in Jersey City.

I visited Holy Name Cemetery before going to the Museum. I was not sure if I had found the gravemarker because it was unreadable. I expected to find a stone because his mother applied for one in 1931. 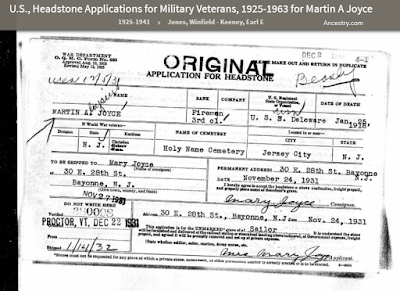 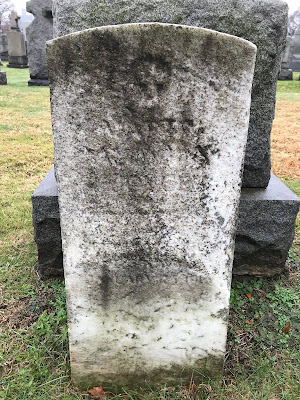 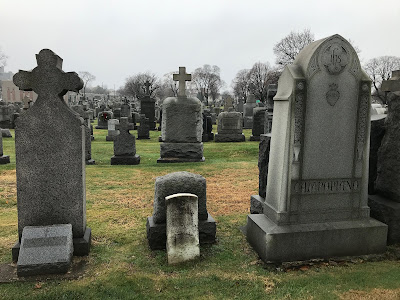 At the Museum, the unreadable gravestone was confirmed as Martin's. In the bottom right of the picture below is an older picture of the gravestone. 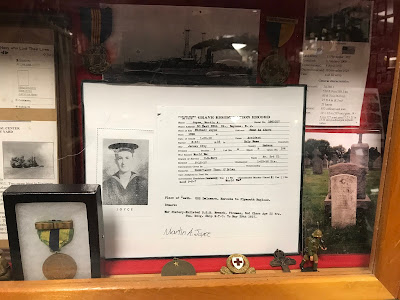 Commander Flora explained that he would like the deteriorated stone replaced. Federal Regulation, however, specifies that only certain individuals can apply for marker. There is no exception for a marker that has already been issued. 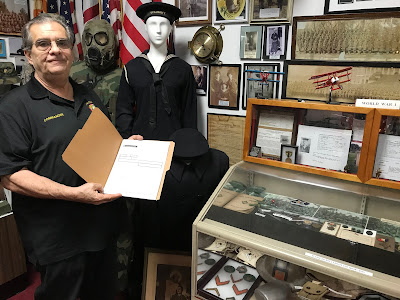 If anyone is a known relative of Martin Joyce, we need your help by way of signature on the application that is waiting at the Museum. Martin had several siblings (listed below). Surely some of them have living descendants who will read this. If not, I can find cousins through his father's Joyce line or his mother's Corcoran line.


Thank you to Commander Flora and Jackie for their time and dedication.

You can watch short films about the Veterans Museum here and here. 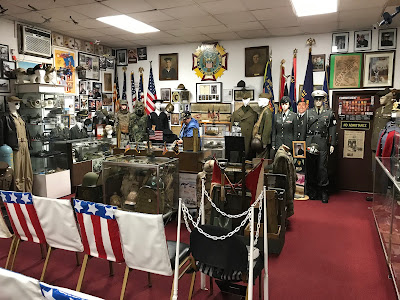 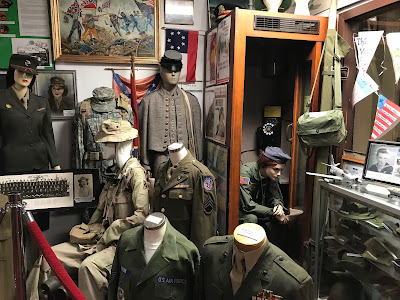 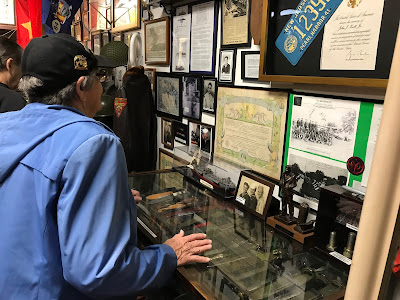 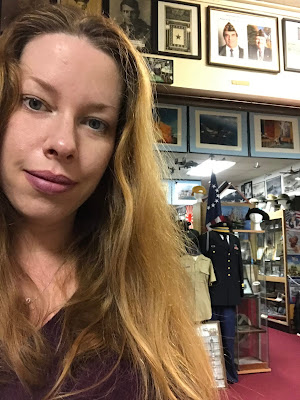