Family Tip via Find A Grave

The Find A Grave memorial page for Alfred Eyre showed a Civil War gravestone with a date of death as September 11, 1874.  The problem was that this Alfred Eyre was buried in Maine.  The Alfred Eyre in my family tree lived in England, then New York and New Jersey.  I needed to investigate. 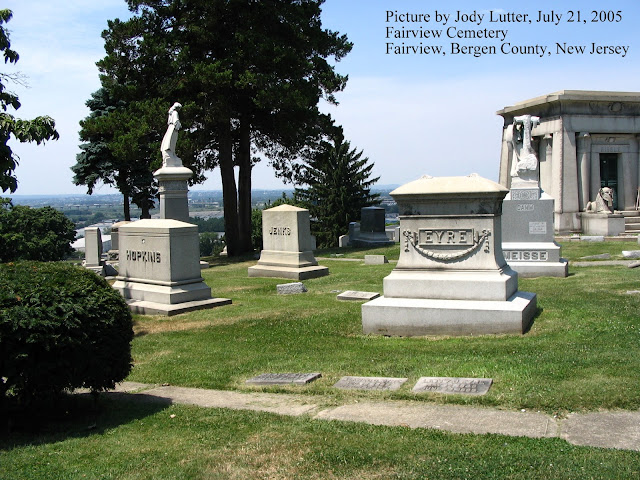 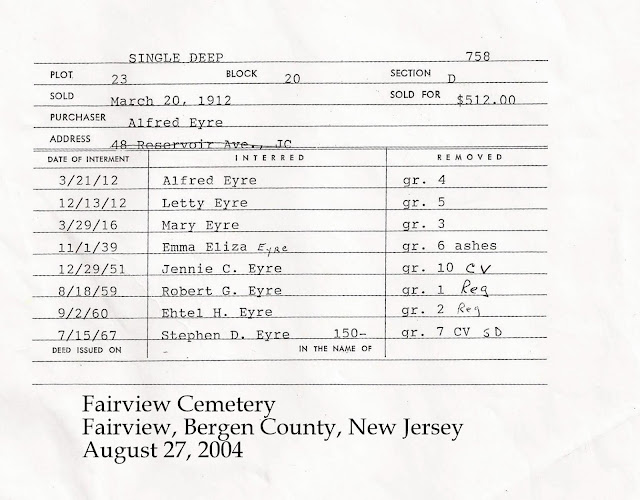 Henrietta died in 1887 in Jersey City.  She is buried in Hoboken Cemetery in North Bergen, Hudson County, New Jersey in the plot of Jacob Duryea (1850-1928).  Jacob was a brother of Letty and Mary, the daughters-in-law of Henrietta.  This plot was maybe meant for Eyres because Letty was originally buried there.  Letty was re-interred in Fairview Cemetery in Fairview, Bergen County, New Jersey.  Alfred and Mary were buried with Letty. 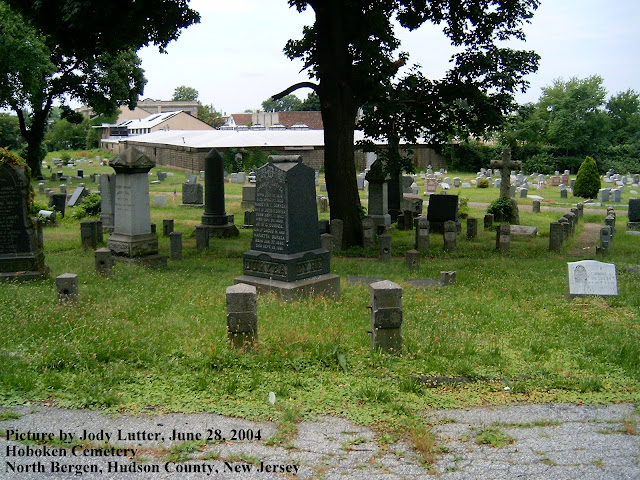 Henrietta was elusive in records.  I found her with her husband and children in New York City in 1850 federal census and 1855 state census.  Her next definitive appearance is in 1887 when she died in Jersey City.  I lost track of her husband, Alfred.

I found an obituary for Jeannette Eyre, daughter of Alfred Eyre and Henrietta Funtman.  She was born around 1846 and died in 1856.  This is a great death notice because the grandfather, J M DeCiplet, is named.

So why would Alfred Eyre be buried in Maine?

Alfred Eyre was buried at Togus National Cemetery in 1874, indicating military service.  Ancestry.com has a database of occupants of National Homes for Disabled Soldiers.  Mrs Henrietta Eyre of Newark, New Jersey was the next of kin of Alfred Eyre, admitted to the Eastern Branch Home in Togus, Maine for a sciatic nerve injury.  Included was the date of death, September 11, 1874, regiment, and the location of the burial plot.


The National Home for Disabled Soldiers in Togus, Maine, was the first established residential medical center for veterans and served the northeastern part of the United States.  Alfred Eyre ended up there because there was no such service available in New York or New Jersey.  I wonder if any of his family was able to visit him after his admittance.

Thank you to the Find A Grave contributor who requested this linking of family members, thereby completing some missing information in my family tree.