I found a website detailing the history of a school in Meentinadea, County Donegal, Ireland.

I was directed to the page by searching for a priest in the family, Father Charles O'Donnell (1884-1934).

The site mentions that Father O'Donnell's father (Cornelius or Neil O'Donnell) was from Altnagapple, "two miles from the school," and his mother, Mary (Gallagher), was from Cullion, Killybegs.  Father O'Donnell "visited his ancestral home at Altnagapple" on a return trip from Rome in 1923, saying Mass while an uncle, Charlie Mhici O'Donnell, "and relatives were present." 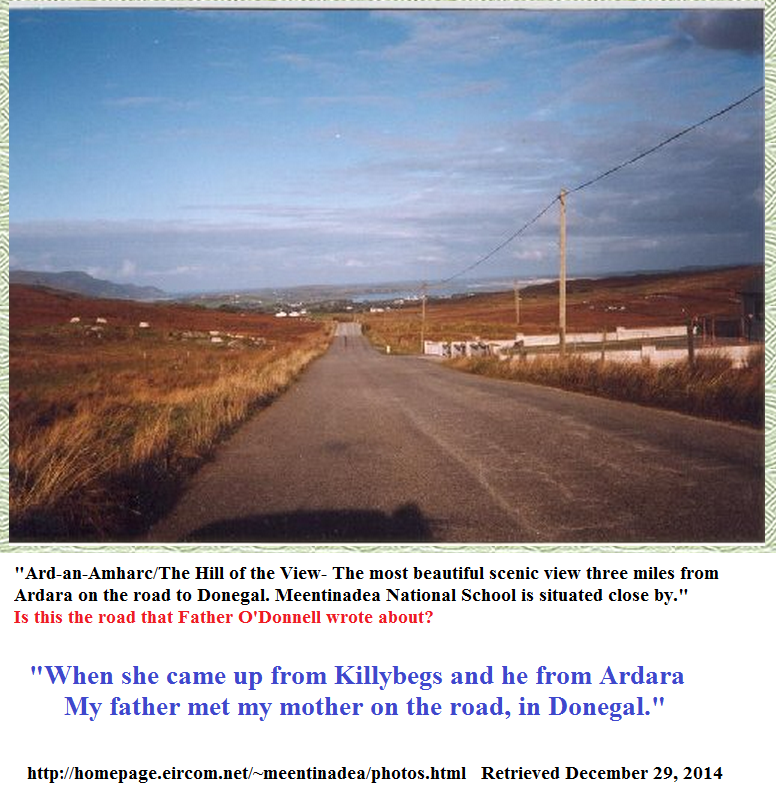 I did not know that Neil and Patrick had a brother, Charlie, who remained in Ireland.

Hopefully this additional information will enable me to locate some more generations in Ireland.