Some people's deaths were never reported to the State.  William Walling's death was reported twice.

William Walling was my 4x great grandfather.  He was born around 1803 in Keyport, Monmouth County, New Jersey to William Walling and Rebecca Dey.  He married Ellen Euphemia Imlay.  I descend from their daughter, Sophia T Walling.

William died in 1870 on July 31st.  A newspaper article four days before his death, described his physical labors constructing a building in Keyport.  I have been seeking documentation on his parents.

William Walling's death appears in the online index of New Jersey Deaths and Burials, 1720-1988 at FamilySearch.org (a free site).  But there seemed to be two entries: 1870 and 1871.  (Remember the past problem with this index:  the year can be off by one because New Jersey's records were not organized based on a calendar year.) 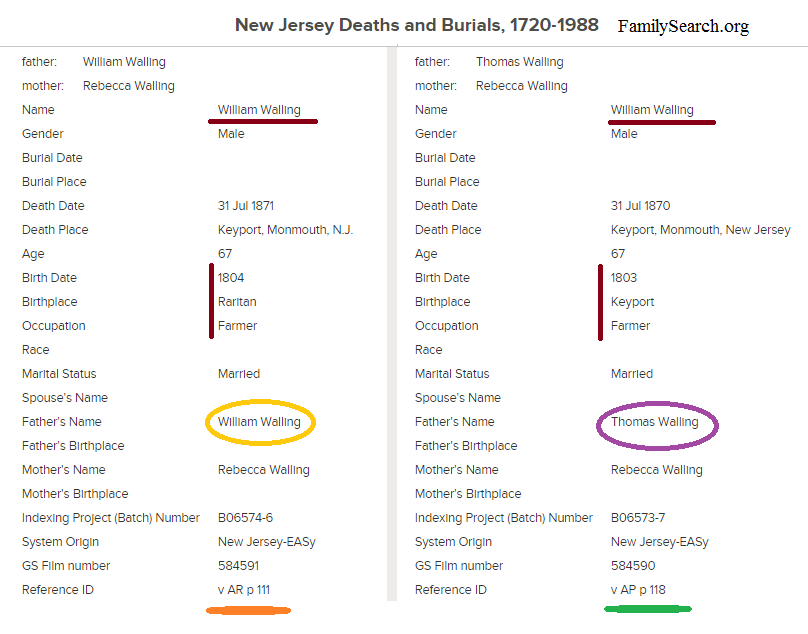 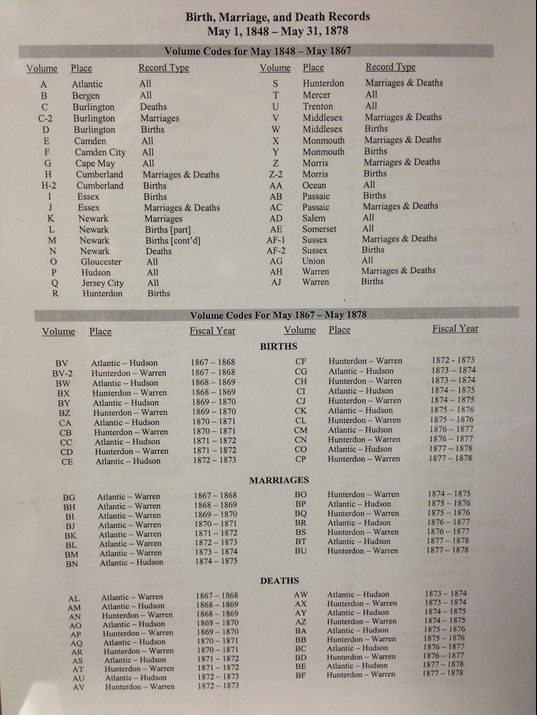 So I looked up both records.

Remember that individual death certificates were not issued until 1878.

Volume AP, page 118, covers deaths in Monmouth County, New Jersey from August 1, 1869 through July 31, 1870.  William Walling died on the last day covered by this ledger book.  Note that his parents are listed as Thomas and Rebecca.

William died of stomach cancer in both entries.  Yet he was digging a well a few days before his death.

Also note that another Walling is on both pages.  Wallings are plentiful in the geographic area.

The research point is that a record may be missing completely, appear in duplicate, or appear in a place where it should not be.  So you need to cast a wide net of years and locations when looking for records.