A Page from the Book of Death

While perusing the death records on my most recent trip to the New Jersey State Archives, a found an entry for a murder-suicide. 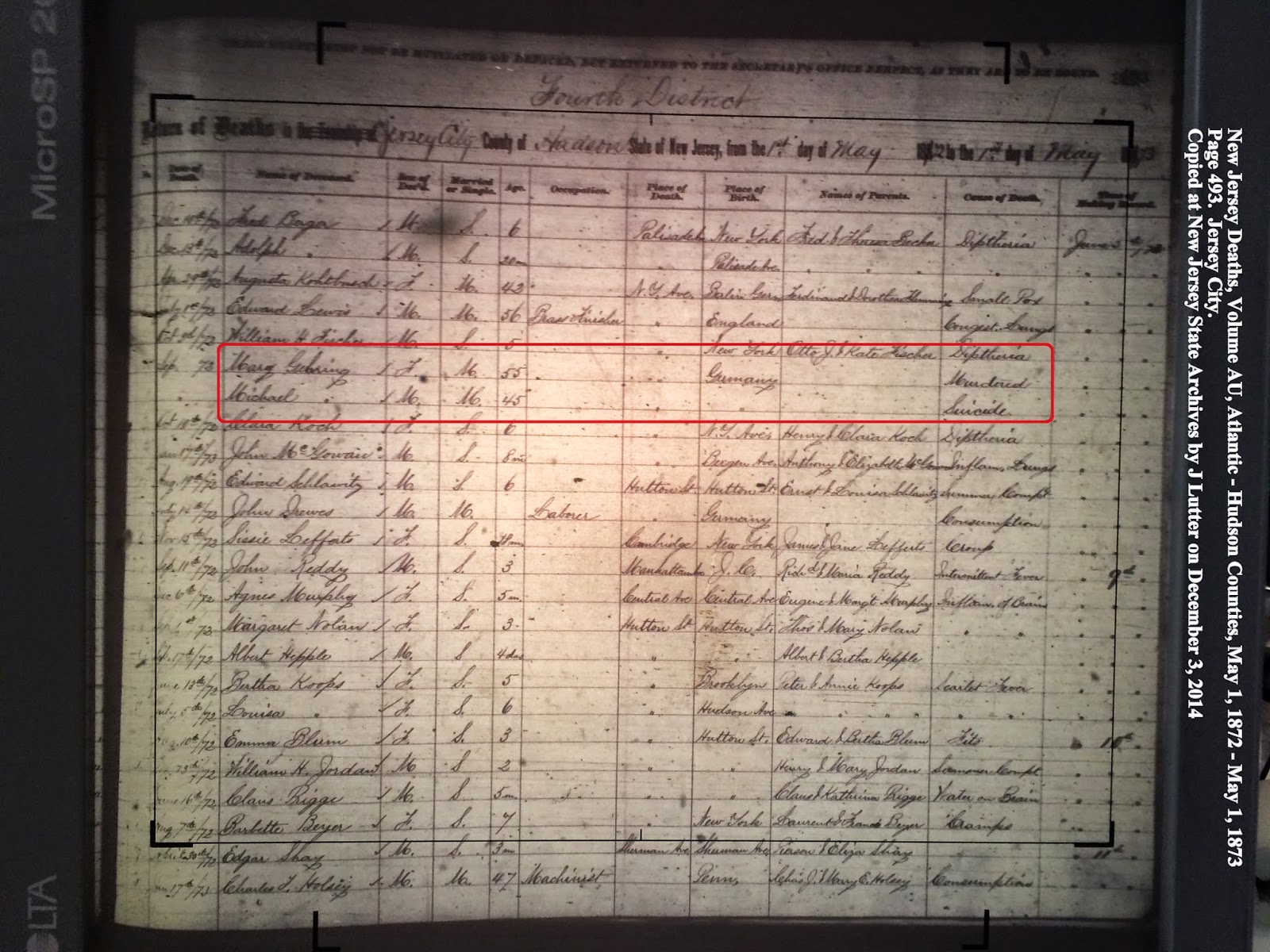 In 1878, New Jersey started issuing individual death certificates.  Before then, deaths reported to the State were logged in ledger books.  No individual records were created.  Jersey City's deaths are separate from the rest of Hudson County.  Browsing the pages of death gives you a glimpse of the times.  This page from 1872-1873 records the death of eighteen children and six adults, mostly from infectious diseases that we rarely see today.  One set of siblings was wiped out from diptheria; another from scarlet fever. 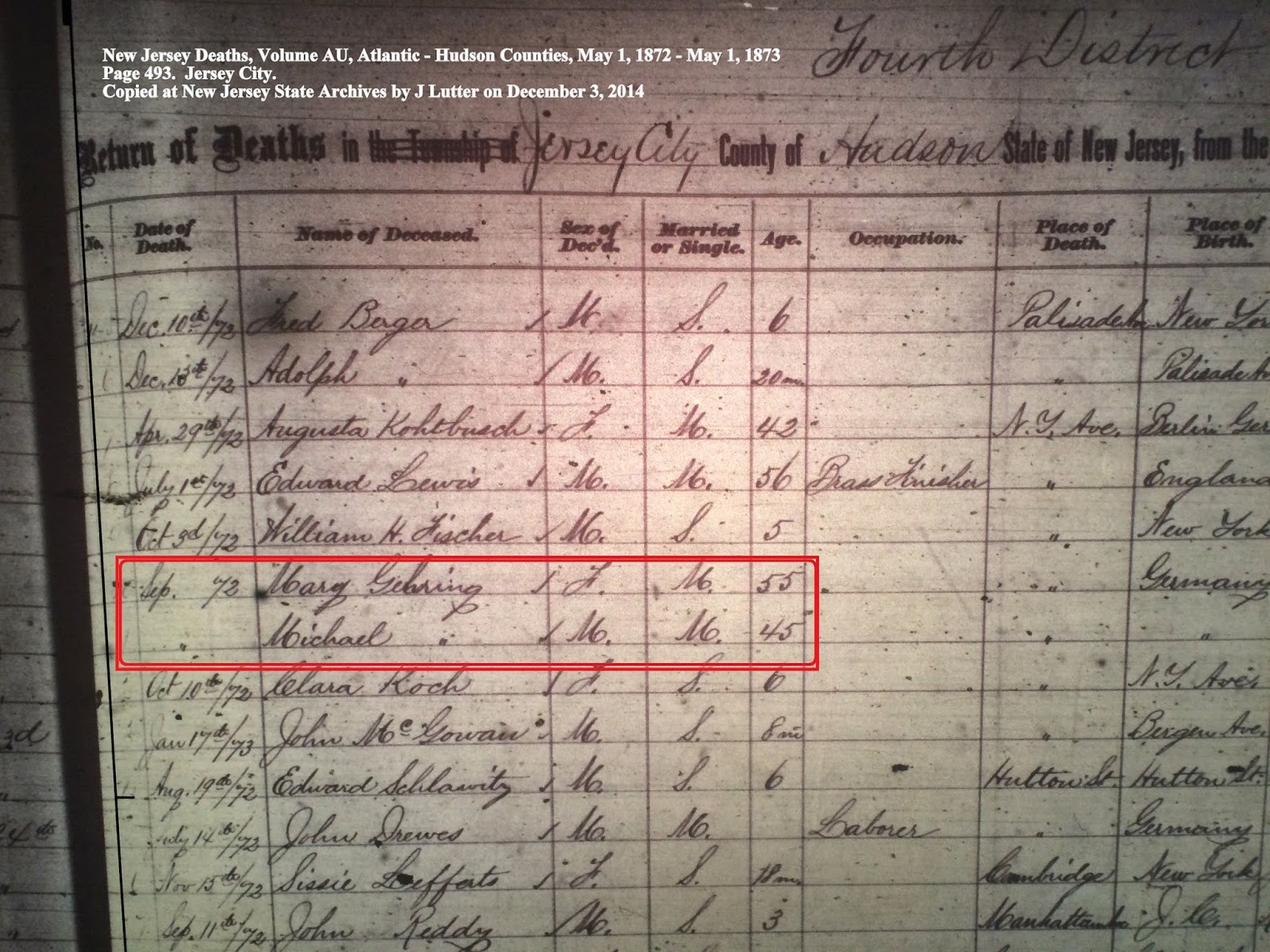 What caught my eye was the entry for Mary Gehring, age 55, and Michael Gehring, age 45.  Both were born in Germany.  Their deaths were in September of 1872- no specific day. 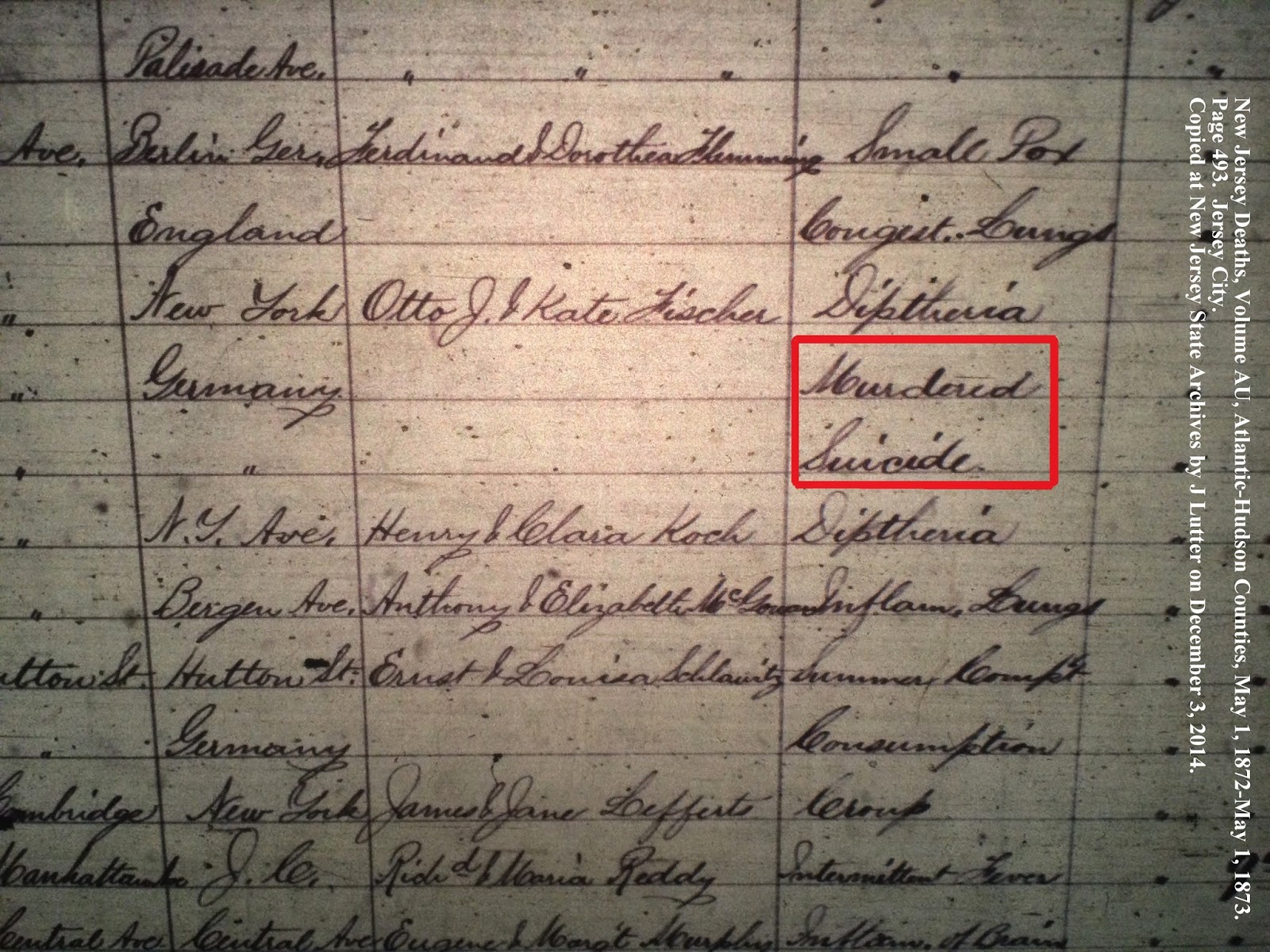 I followed their lines to the cause of death.  Mary was murdered; Michael committed suicide.  This is not seen often. 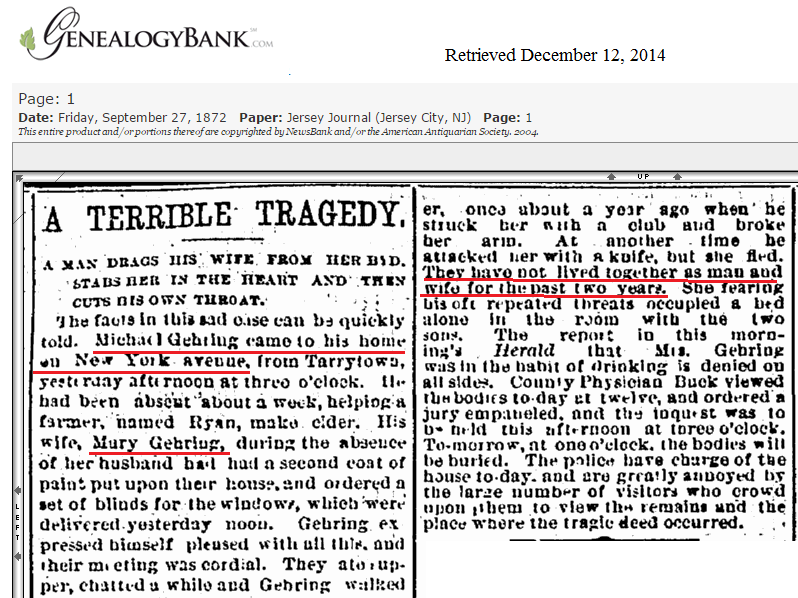 The incident made the first page of the Jersey Journal for September 27, 1872.  According to the article, Mary and Michael Gehring immigrated about twenty years earlier.  They had a violent marriage with periods of not residing together.  On the night of September 26, 1872, Michael returned to the home after an absence.  Initially Michael and Mary were getting along, but soon began arguing.  In front of their 13 year old son, Michael fatally stabbed Mary at least three times and then slit his own throat.

If anyone has anything further on this family, please let us know.  Any descendants out there?