I stumbled upon an interesting little newspaper article from 1887 in the Jersey Journal (online at GenealogyBank.com- subscription required).  This paper, still being published, covers Jersey City and Hudson County.  The article was about a "missing bridegroom" named Philip Duryea. 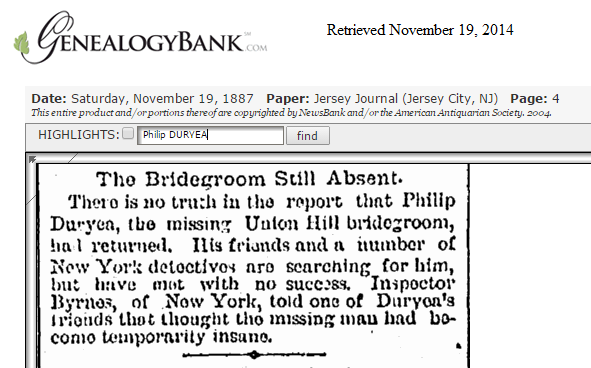 Philip was the son of Abraham Wilson Duryee (1821-1898) and Caroline Couwenhoven (1824-1919).  Philip must have returned soon after the article appeared on November 19th.  He married Mary Amelia Brown on November 23, 1887 in the Town of Union, Hudson County, New Jersey.  Her parents were listed as James Nathan Brown and Charlotte Amelia Gardner. 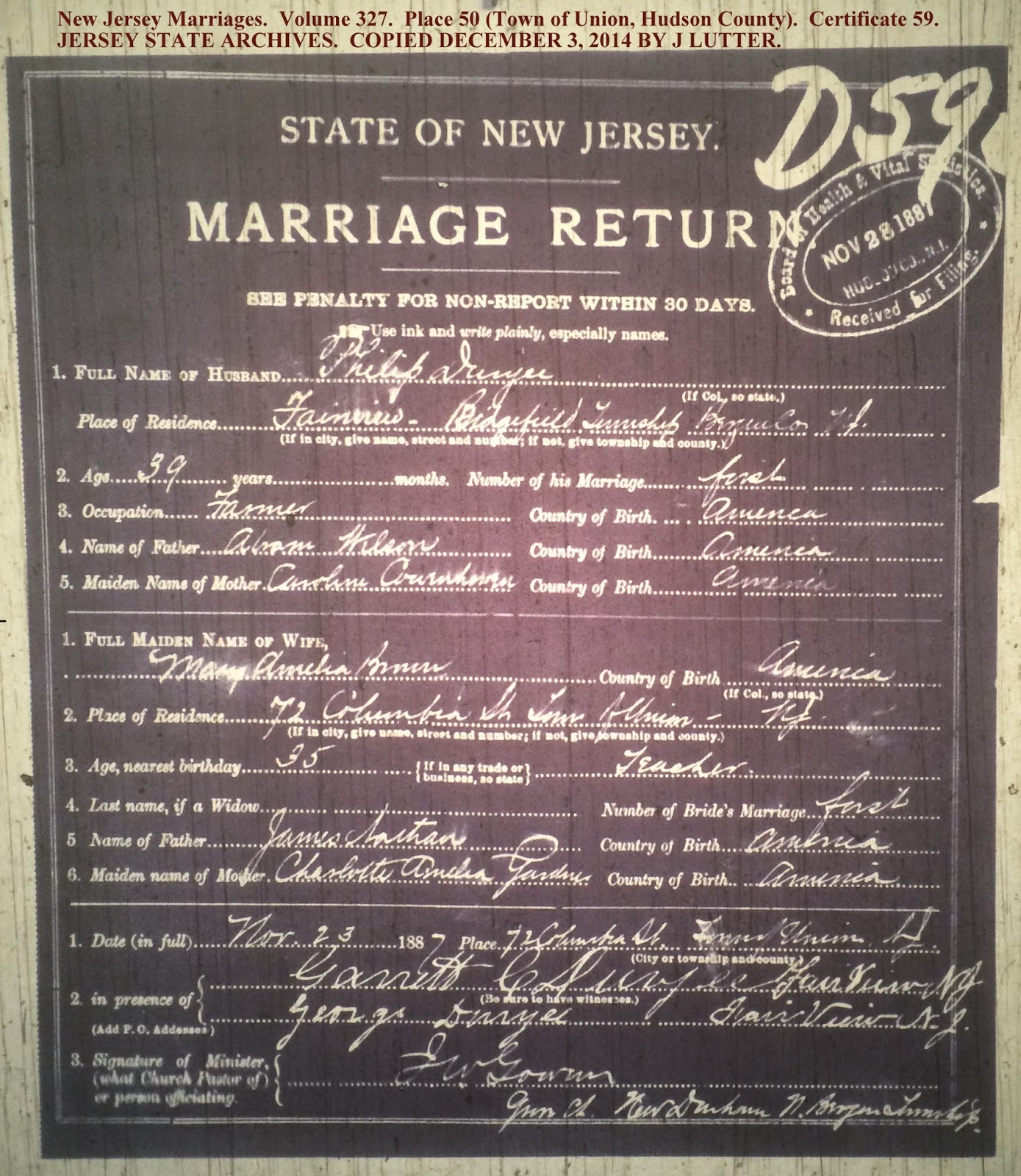 Always note the "boarders" in the census because they could actually be relatives.

In the 1910 census, Lula Duryee is described as "adopted daughter."  Mary G Hassard is not listed as a daughter, but rather a cousin.

This branch will require more research to explain all of these records.