The results of my cousin's Y-DNA test at FamilyTreeDNA have arrived.  He is a first cousin of my paternal grandmother and is a direct male descendant of Joost Duryea, born about 1650.  Around 1675, Joost immigrated to the English Province of New York, formerly the Dutch Nieuw Nederland.  In 1727 Joost died in Bushwick.

The Y Chromosome is passed from father to son mostly unchanged.  Slight changes, or mutations, occur every few generations.  Joost's sons, their sons, and so on received a Y chromosome identical or almost identical to Joost, right down to today's living descendants. 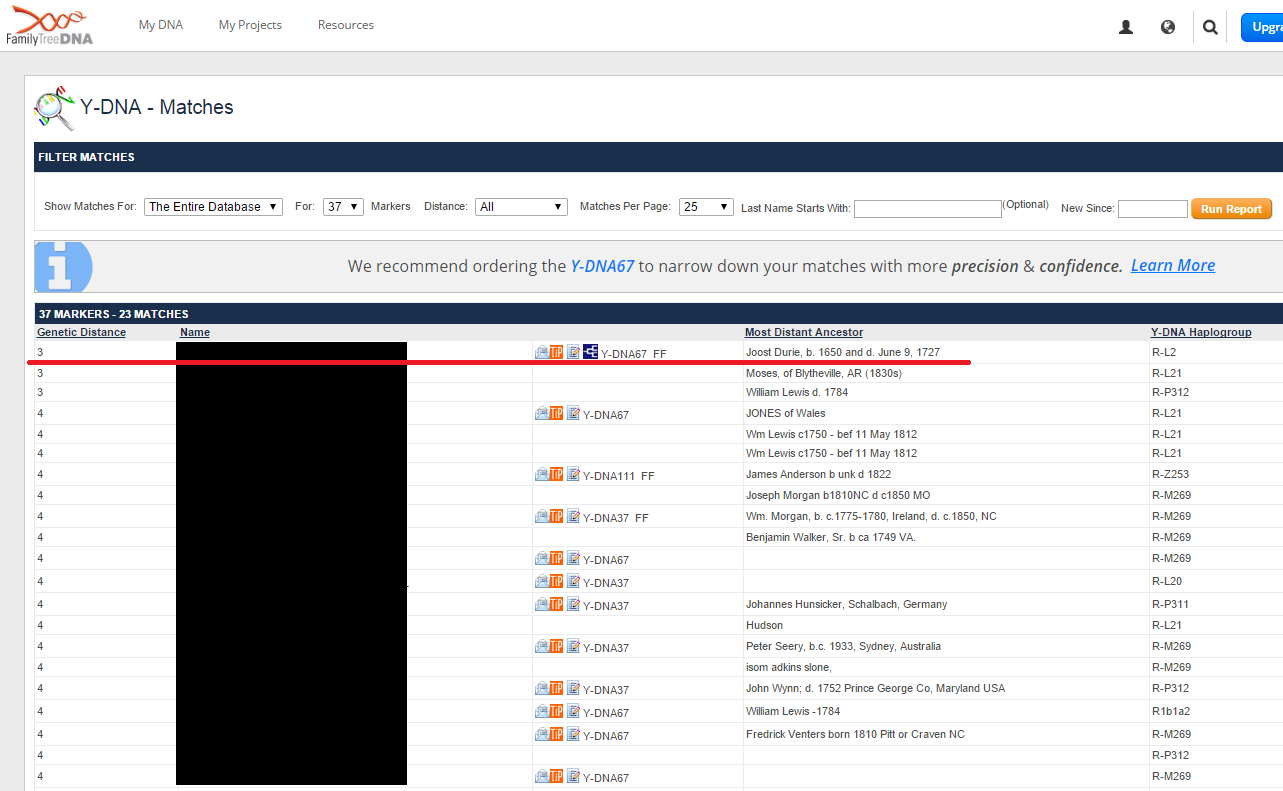 No man is an exact match to my cousin.  The closest match is also a descendant of Joost Duryea.  The genetic distance of 3 tells us that mutations have occurred, but this is expected when the relation is so far back.

None of the other matches list a Duryea as the origin of their patrilineal line.  This can be because the relation is further back than Joost Duryea, when surnames were not used or not handed down father to son.  Other reasons include a non-parental event, name change, or an error tracing family lines.

I'm happy to finally have a Y-DNA test with results I can work with.  My father tested earlier this year for the surname Lutter.  He has no matches at any level at any distance.  His direct patrilineal line is the shortest line in his family tree.  I have been able to trace back only three generations to his great grandfather, Hermann Lutter (1860-1924).

P.S.:  FamilyTreeDNA has a sale this month.  Plus, coupon codes abound.