My father's Y-DNA results are in at FamilyTreeDNA.  No matches. 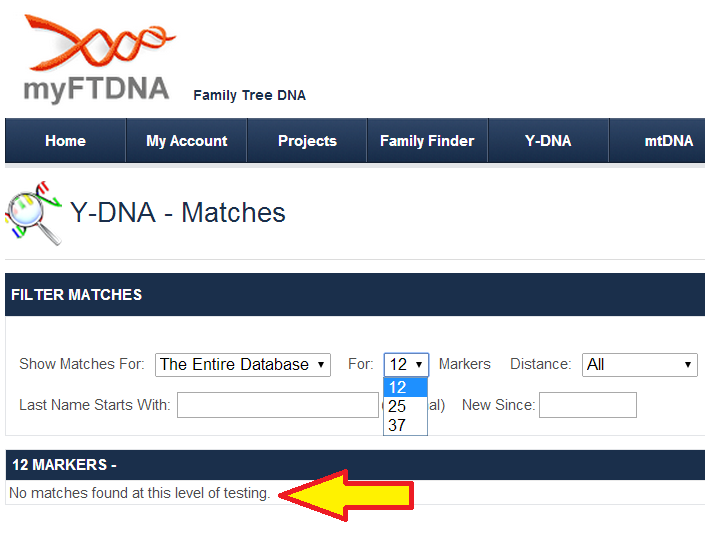 Y-DNA testing is for men only, as only men have a Y chromosome.  A father passes his Y chromosome to his male children almost unchanged from the version he received from his father.  This genetic inheritance pattern is particularly useful for genealogy.

For my particular genealogy, my father's direct paternal line is the shortest discovered line.  It is also the most recent line that left Europe for the United States, about 1881 for Hermann Lutter, my great-great grandfather.

Hermann Lutter had a brother, Otto Luther, who had only female children, so the Y chromosome was not passed on to his descendants.  I found only one grandson of Otto, but no marriage or children for him, so Otto's line may have ended.

In his will, Hermann mentioned a sister, Ottilia Michel, and her three children in Neuhaus, Thueringen, Germany.  I have not located them or any of their descendants.  They would not carry the Lutter Y chromosome, but they would likely share autosomal DNA with my father.

Autosomal DNA testing captures DNA inherited from all ancestral lines.  The trick is figuring out which ancestor contributed particular pieces of your DNA.  In comparison, Y-DNA matching can be credited to only one line- the direct paternal path of inheritance.

I will continue with traditional research on this line, as well as exploration of the autosomal DNA matches of my father and his siblings.  A Y-DNA match can appear at any time.

(If you would like to view a spreadsheet of people who match on their Y chromosome, please see the Bunch Y-DNA Project.)