Last weekend, FamilyTreeDNA offered their introductory Y-DNA test (37 markers) for 20% off the regular price of $169.  I purchased one for my father.  This test is for the direct male line only- no DNA information from any other ancestor.  (The University of Utah has a fantastic video about this type of inheritance.)

I recommend the Y-DNA test for a man who is adopted and looking for his biological family.  (Both men and women seeking their unknown biological families should submit an autosomal DNA test.)

The test kit requires two takings of a specimen via cheek swabbing.  (Of note is that the return envelope is not postage pre-paid.  This is the first DNA test where I have encountered this issue and is important to realize if you are mailing a kit directly from FamilyTreeDNA to the person providing the specimen.  The person will have to obtain postage before mailing, which may be a barrier for some.) 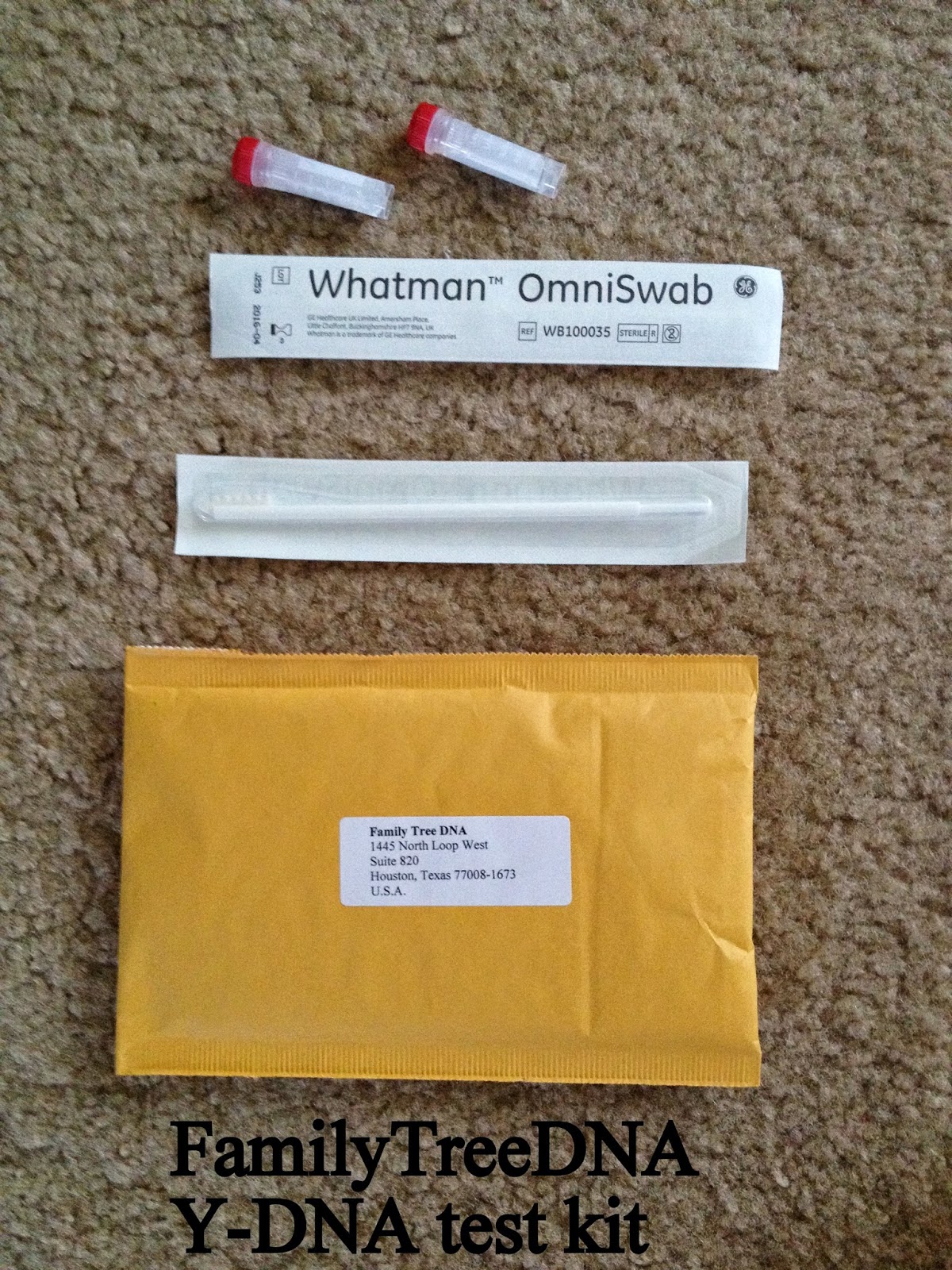 My father's Y-DNA was previously tested at Ancestry.com.  (The Y-DNA and mtDNA tests were the first tests offered by Ancestry.  Now you may also purchase an atDNA (autosomal) test from Ancestry for $99.)  Today's results at Ancestry provide a list of fourteen people who "match" my father on the paternal line.  The problem is that there are enough variations in the 46 markers to push the estimated Most Recent Common Ancestor back anywhere from 24 to 35 generations ago.  This is too long a time frame for my modest Lutter family tree. 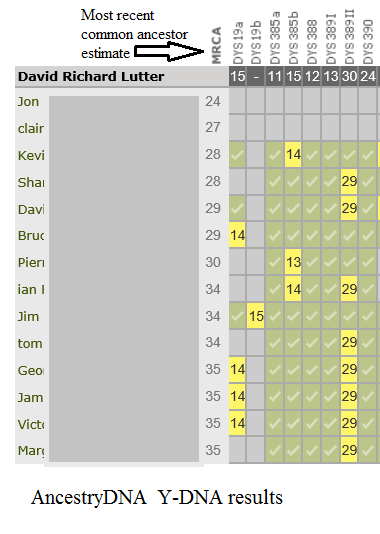 I am hoping that the database at FamilyTreeDNA provides more people who match my father.  Such people may or may not exist, nevermind have their DNA tested at FamilyTreeDNA.  But it's worth a try.

I cannot go back very far on the direct paternal line.  I am stuck at Hermann Lutter, born around 1860 in "Germany;" immigrated in the 1880s to Newark, New Jersey, United States.  Hermann had a brother, Otto Lutter or Luther, who also appeared in New Jersey in the 1880s.  On their marriage records, both brothers listed Wilhelm Lutter (Luther) as their father, though the name of their mother varied.  Otto's line seems to have died out.

Stay tuned for the results and interpretation.