A third picture of my great grandfather may have been identified!

Howard Lutter (1889-1959) was born and raised in Newark, New Jersey.  He relocated to California around 1950.  A talented pianist and musician, he created player piano rolls, from which I acquired my first picture of Howard. 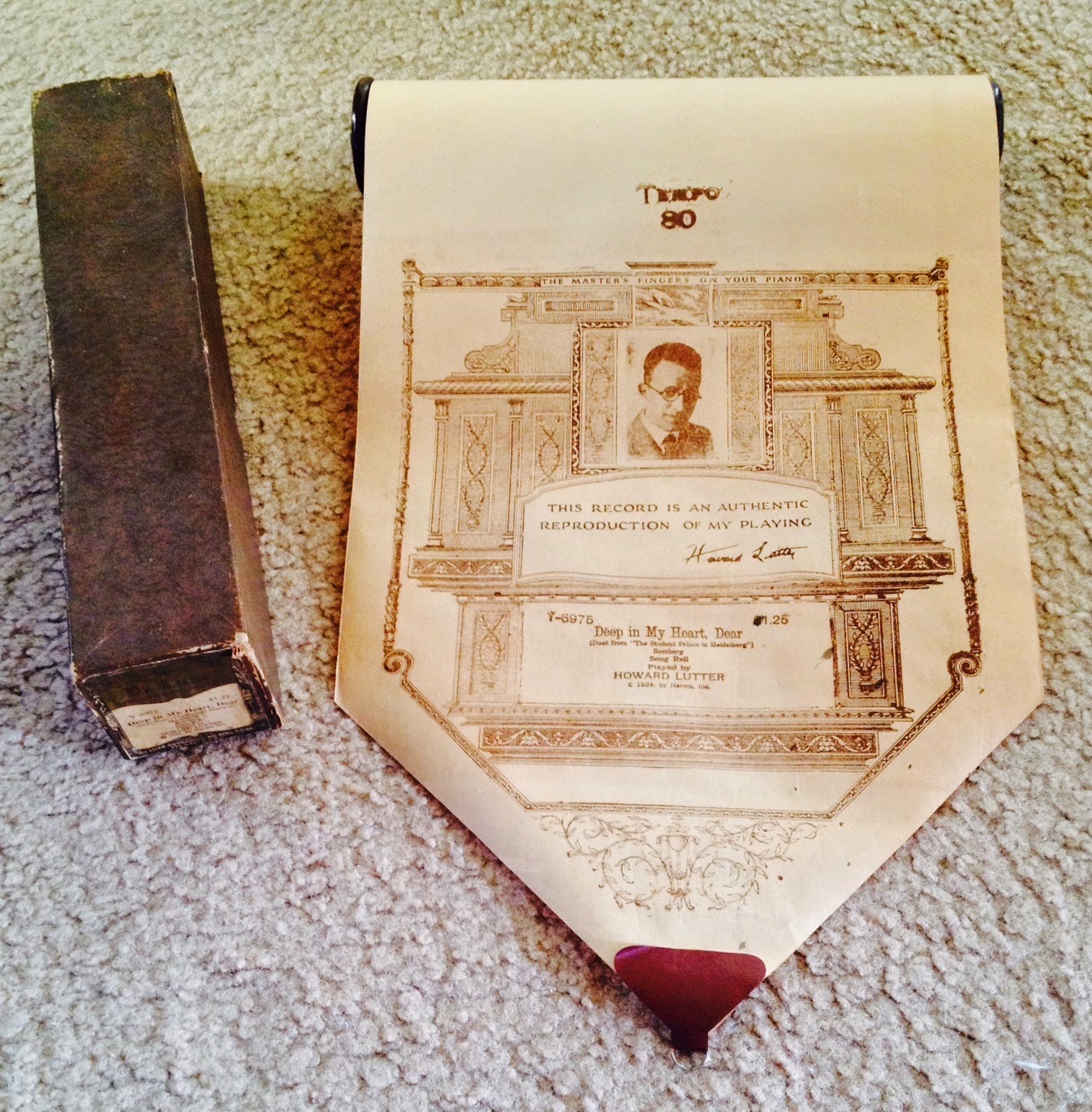 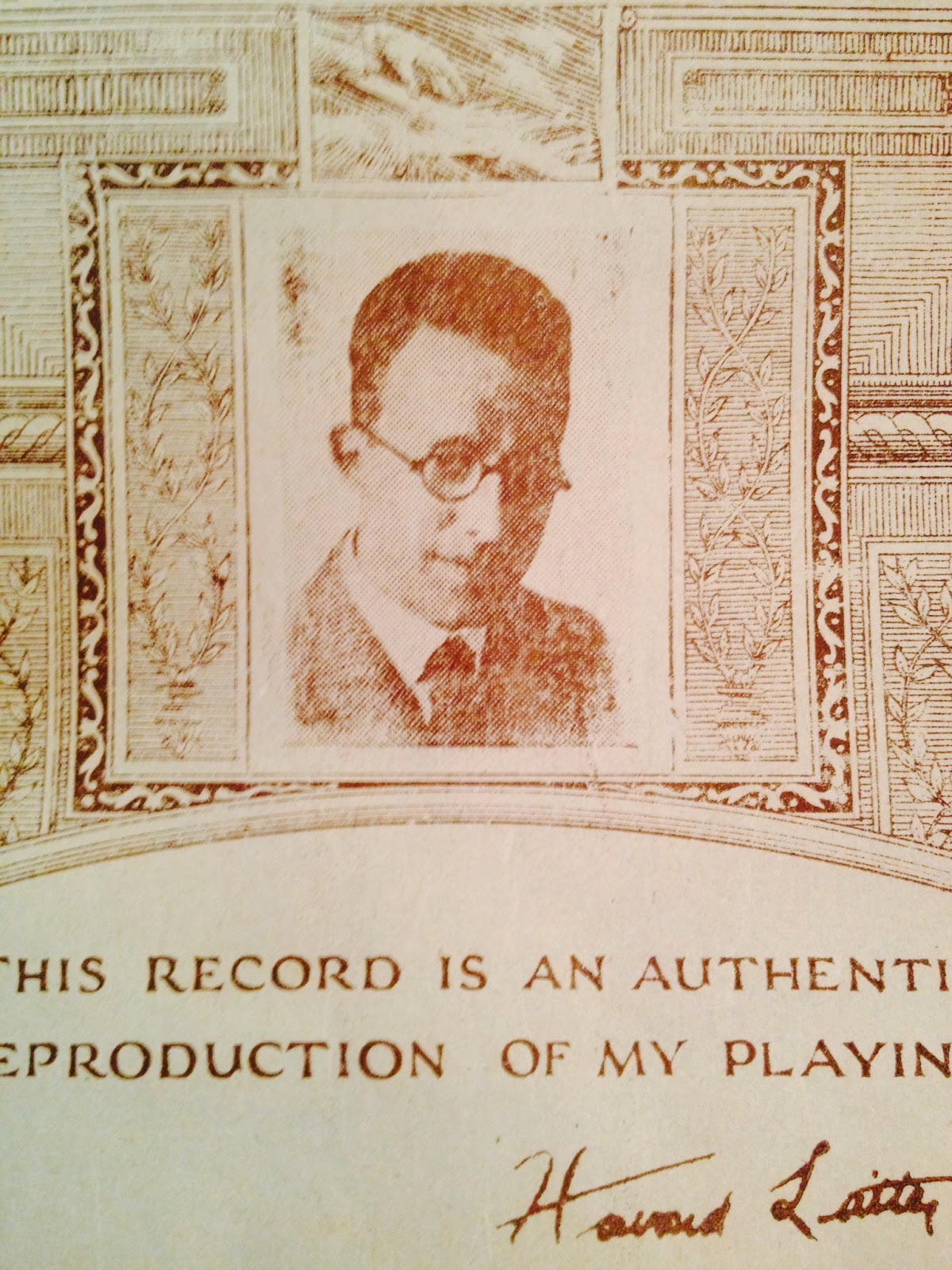 The second discovered picture was from a digitized trade magazine for the player piano industry:  The Music Trade Review, 1923. 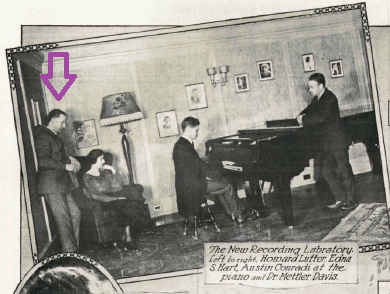 My aunt gave me a batch of family photographs to scan and organize.  My grandfather, Clifford Lutter, was a photographer in Newark.  A lot of photographs are not of our family, but rather people he photographed for various reasons.  Most are not labeled with the name of the subjects.  I created a separate page on this blog for people to view the photos and perhaps recognize someone.

One of the photographs struck me as a familiar face.  It was a man, dressed in a suit and tie, with glasses, sitting among various papers.  With no identification on the picture itself, I posted the picture with the rest on the page for Clifford Lutter's photographs.  I kept looking at the face, feeling that this man was not a random subject.  Then I showed the picture to my aunt and uncle and they agreed that this image could very well be Howard Lutter, maybe in the 1940s, when he was in his fifties. 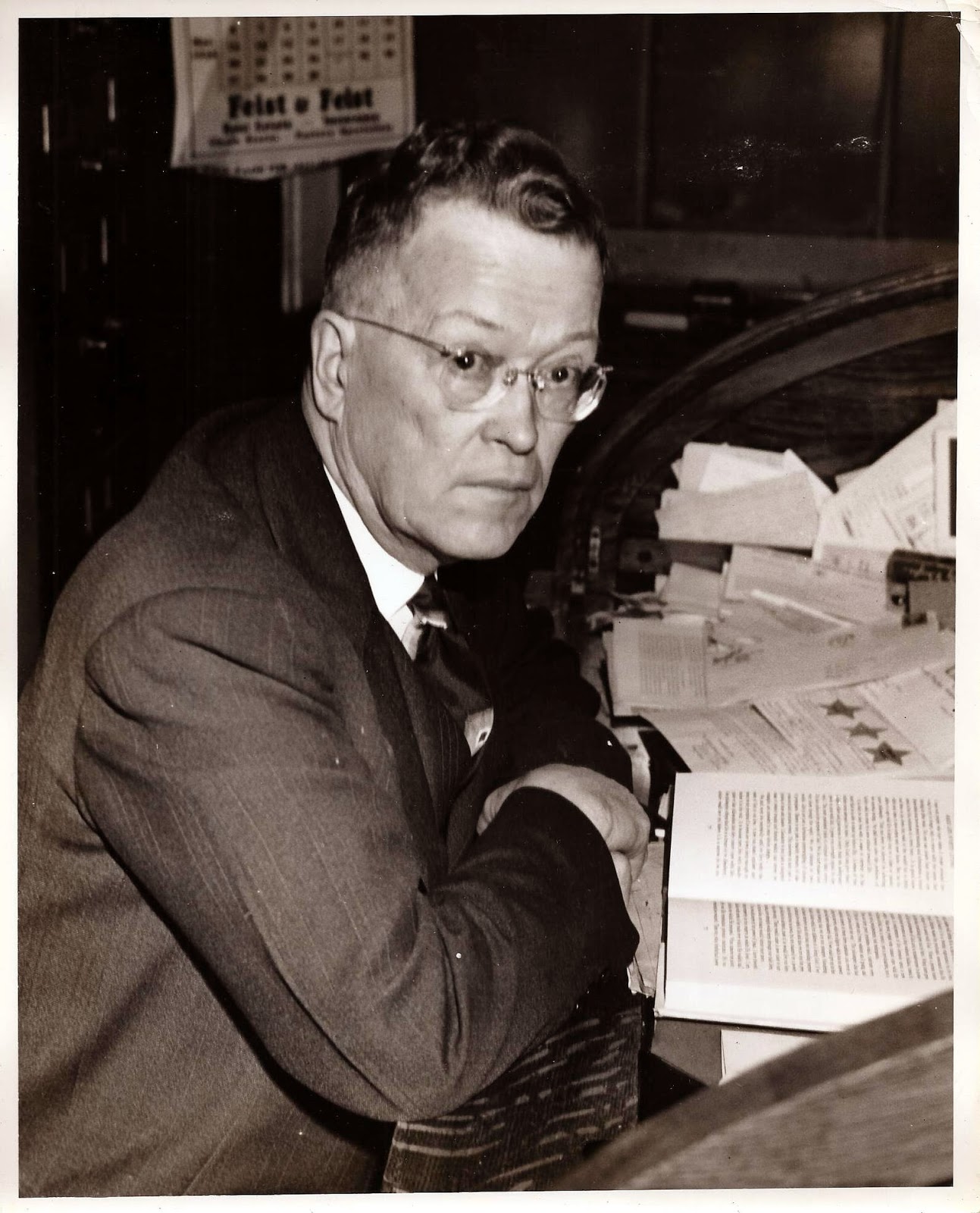 This man is posed in the same direction as the known picture of Howard Lutter, so we can compare them side by side. 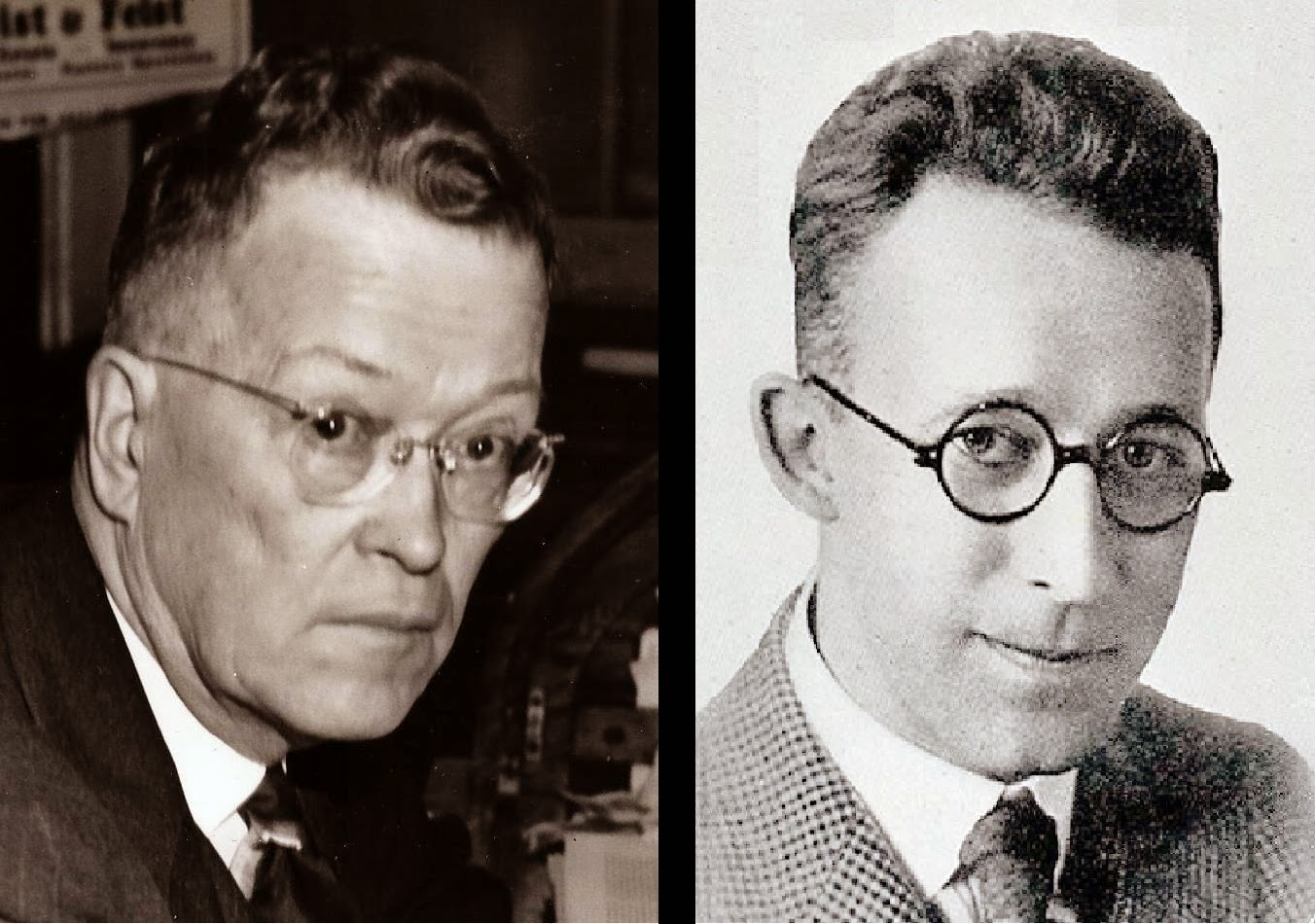 What do you think?  Is this the same man?