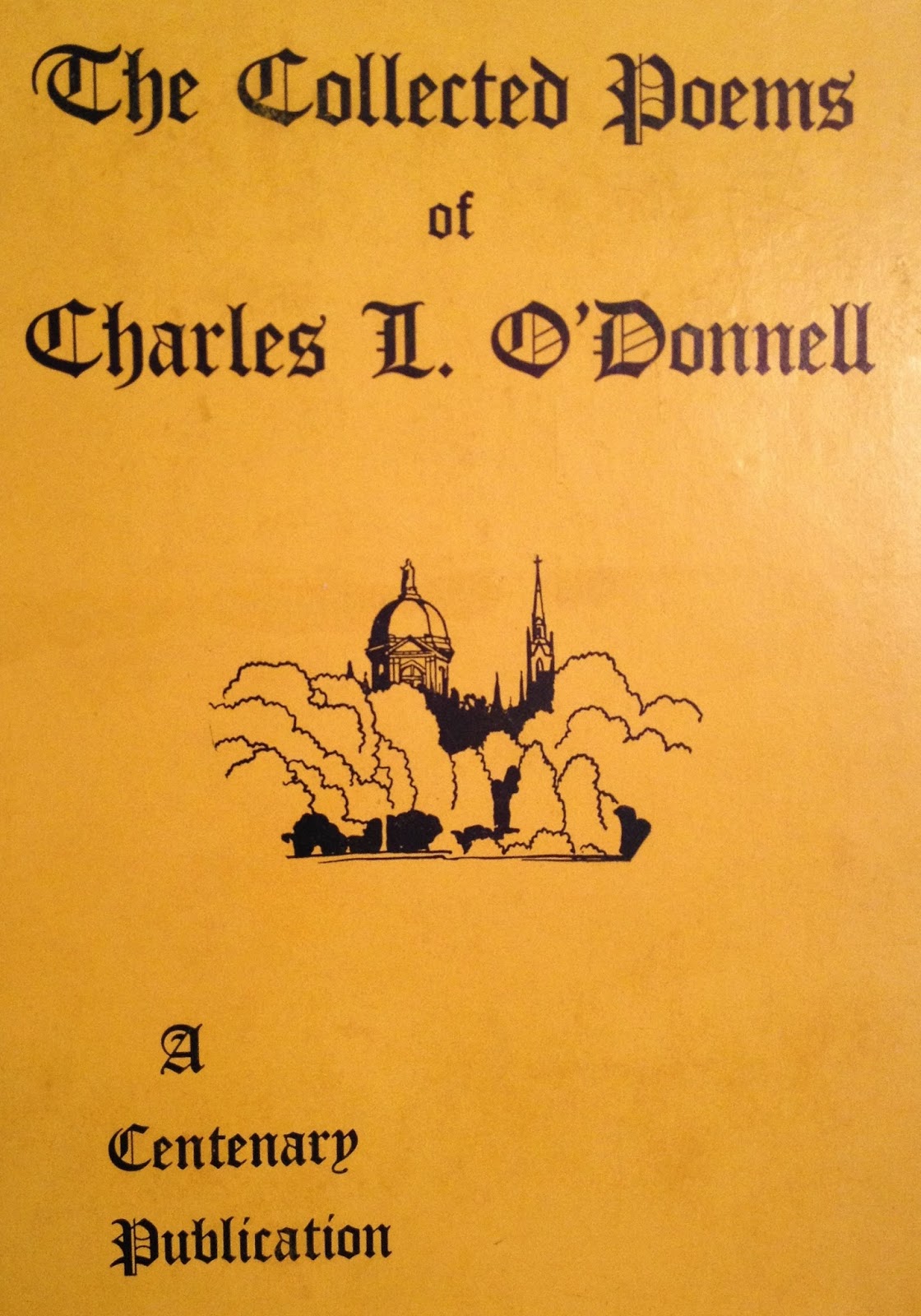 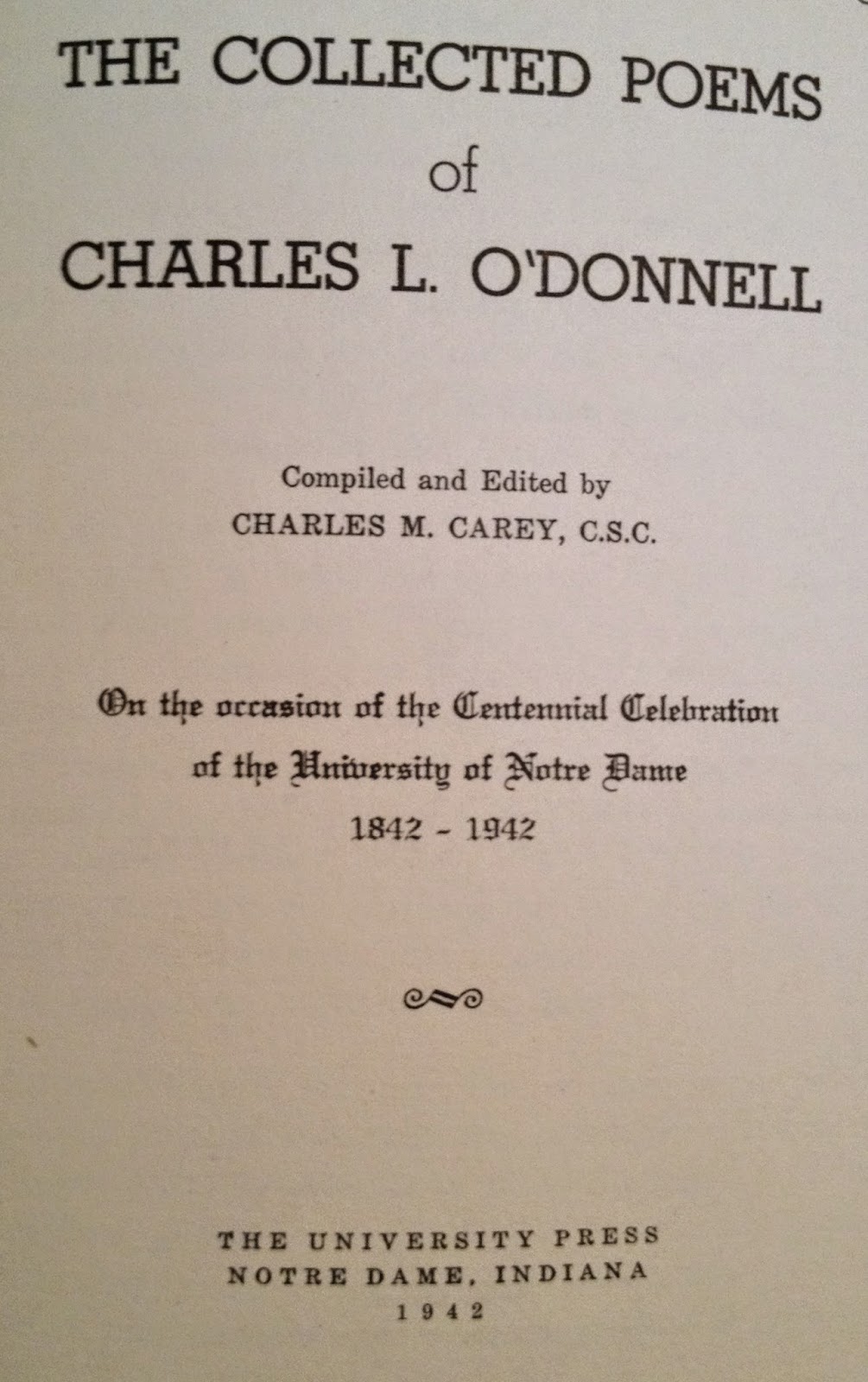 After discovering cousin Father Charles Leo O'Donnell, a president of Notre Dame University, I procured his book of poems from a rare book seller on Amazon.com.  The editor was Father Charles Michael Carey, a nephew of Father O'Donnell.

Charles' father, Cornelius O'Donnell, was a brother to my great great grandfather, Patrick Francis O'Donnell.  They immigrated from Ireland to the United States in the 1870s.

It is one of Charles' poems, A Road of Ireland, that provides me with a place of origin in Ireland for these two brothers: Ardara, Donegal.  The author as well as the family history contained in this book make it worthy of being called a Family Heirloom.