Mary Evenshirer was my 3x great grandmother.  She was born in New York City around 1842.  She died in Jersey City, Hudson County, New Jersey in 1916.  Her surname and her father are a tail end in my family tree.

Mary's mother was Rene Brewer, a daughter of James Brewer and Mary Ann Lent from Westchester County, New York.  From the newspaper The New York Sun, we have the marriage announcement in 1842 in New York City of Miss Rene Brewer to John Evenshirer, "both of this city."

By 1848, John Evenshirer was dead or otherwise out of the picture when Rene had another daughter, Letty Jane, with George W Duryea.

Mary married Stephen C Duryea, a brother of George W Duryea, so she retained the surname Duryea for future records.  The age difference must have been confusing to some.  In the 1880 census, Mary's mother, Rene, was residing with Mary and Stephen in Pound Ridge.  Stephen's age was 65, Mary was 38, and "mother" Rene was 64- no, make that 84 to try to make sense of this. 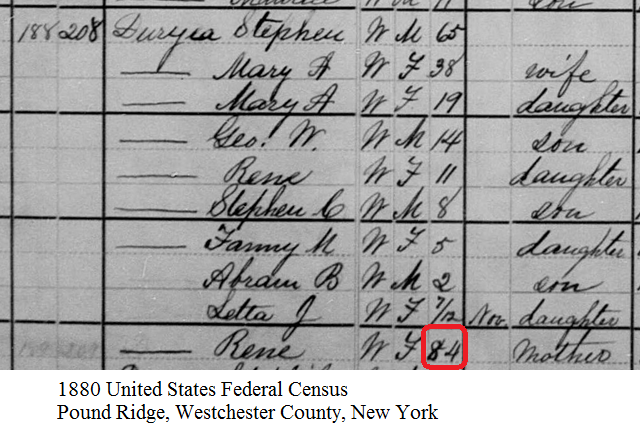 Mary's half-sister, Letty Jane Duryea, married Alfred Deciplet Eyre in 1868.  Letty died in 1889 from complications of a pregnancy.  (She was originally buried in Hoboken Cemetery in North Bergen, Hudson County, New Jersey, but was relocated to Fairview Cemetery.)  Mary had been widowed in 1887.  Mary and Alfred married in 1890, combining their children into an Eyre/Duryea household.  They were not just step-siblings; they were related by blood.

When Mary died in 1916, the informant, "Mr Eyre (son)," knew of her surname at birth and attempted to include it on the death certificate. 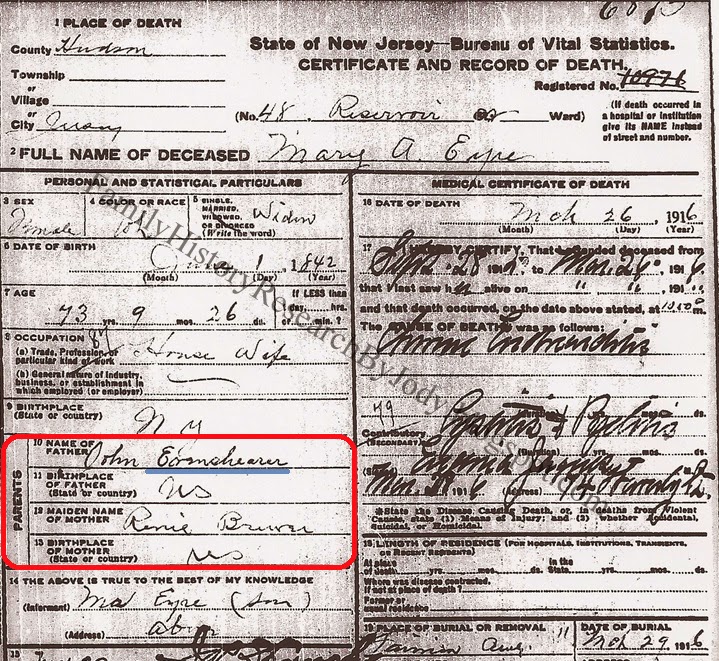