Photograph of Another Great Great Grandmother

Catherine Dunn was born around 1865 in Matawan, Monmouth County, New Jersey to Ezra A. Dunn (1820-1898) and Hermoine Dunlop (1827-1900).  In 1886 in Matawan, Catherine Dunn married William Walling Winterton, a son of John R Winterton and Sophia Walling.  I descend from William and Catherine's daughter, Laura Winterton, born in 1891 in Matawan.

The timeline of the family's residence from Monmouth County to Essex County is important for dating this picture because it was taken in Newark by H. J. Thein of 476 Broad Street.

On the back is written "Grandma Winterton." 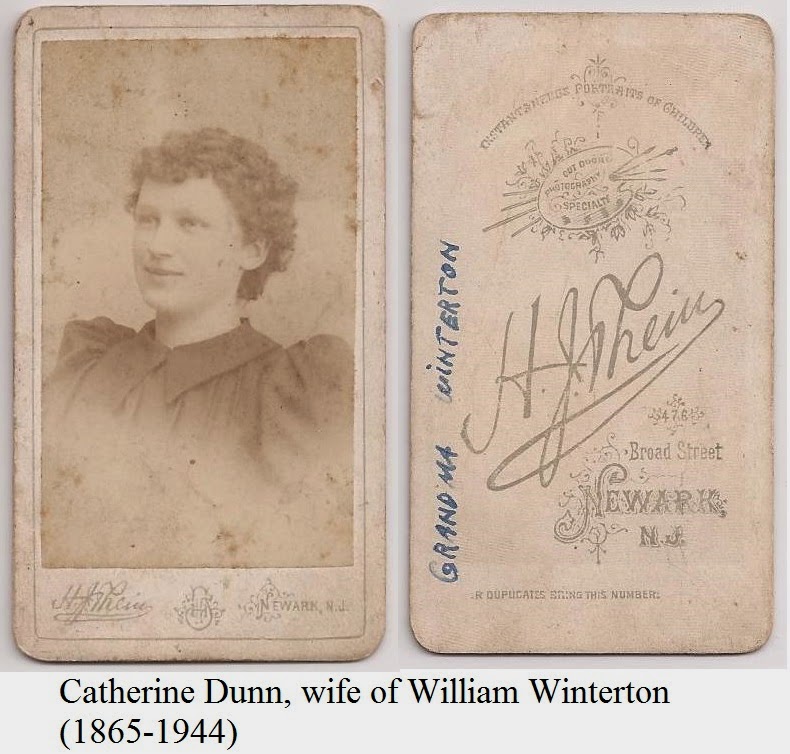 An online check of Henry J Thein, photographer, provides us with the years he was operating in Newark at this address:  1881-1899, 1911.  Based on the availability of Catherine Dunn in Newark, I don't think this picture was taken before 1900.  If the picture was created in 1911 or even a few years earlier, Catherine would be about 40 to 45 years old.  I think the woman in the picture looks younger.  It is entirely possible that Catherine traveled to Newark to create this picture in the 1880s or 1890s.  The glitch is that I have a "Winterton Family Album" with photographs mostly by photographers in Matawan and Keyport.

A picture of Catherine later in her life was already discovered because it was labeled as such:  "Grandma Winterton (Catherine Dunn)" and with a stamped date:  May 16, 1937.  What luck. 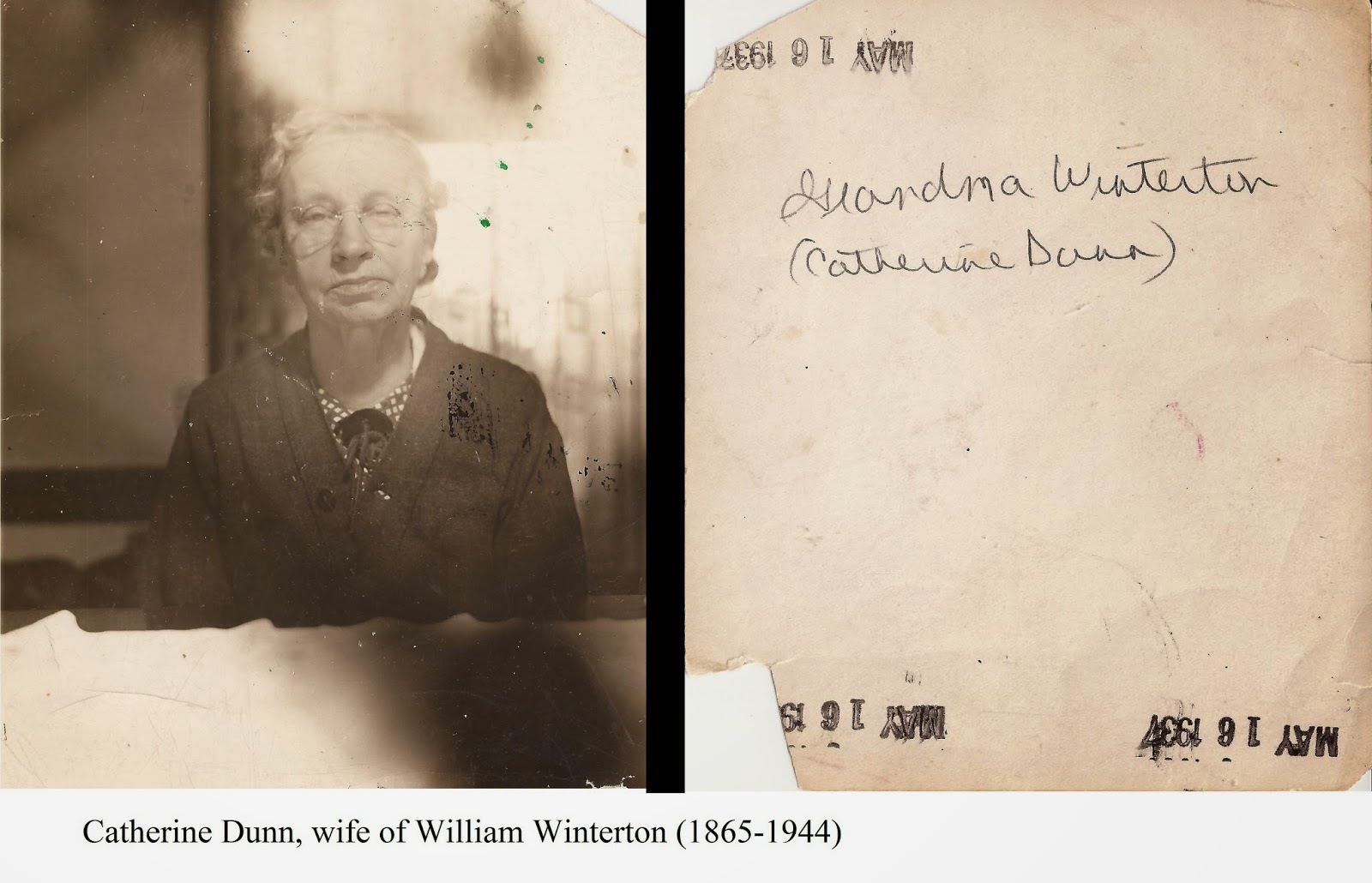 I think that I have some more photographs of Catherine Dunn as an older woman.  They are not marked, but the resemblance is obvious to the labeled picture of the older Catherine.