I acquired some more family photos (thank you Aunt Marion!) and was overjoyed to find a labeled photograph of Clara Uhl, a great great grandmother.  "Grandma Lutter (Clara Uhl)" was written on the back, along with a signature in pencil, perhaps conveying that Clara confirmed that this was indeed her picture.  Clara was briefly married to Hermann Lutter.  You can read about their divorce here.

This is a cabinet card, made by Helmuth Schumacher of Newark, New Jersey.  It measures a little over six inches high by four inches wide and is fairly sturdy.  (Perhaps the clipped corners indicate that this photograph was kept in an album?  Where is the rest of the album?) 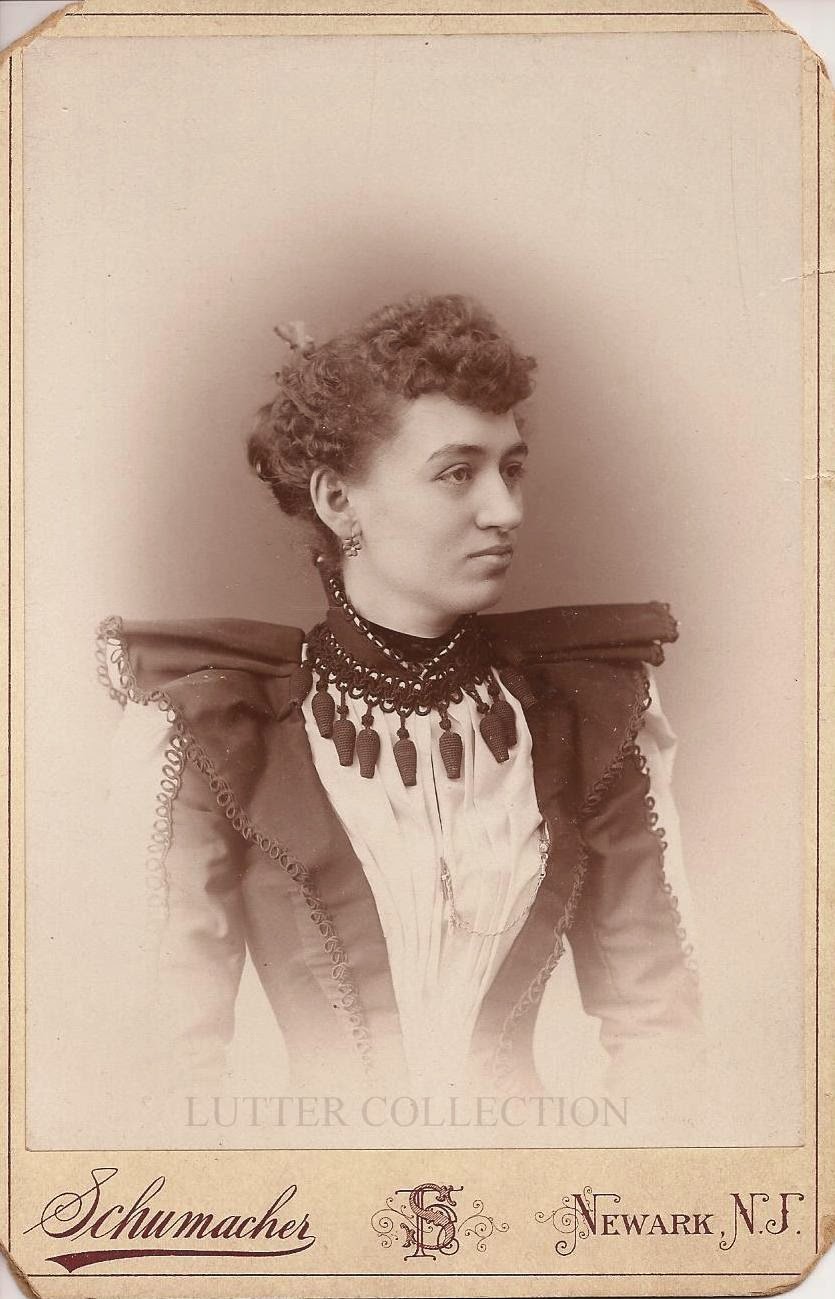 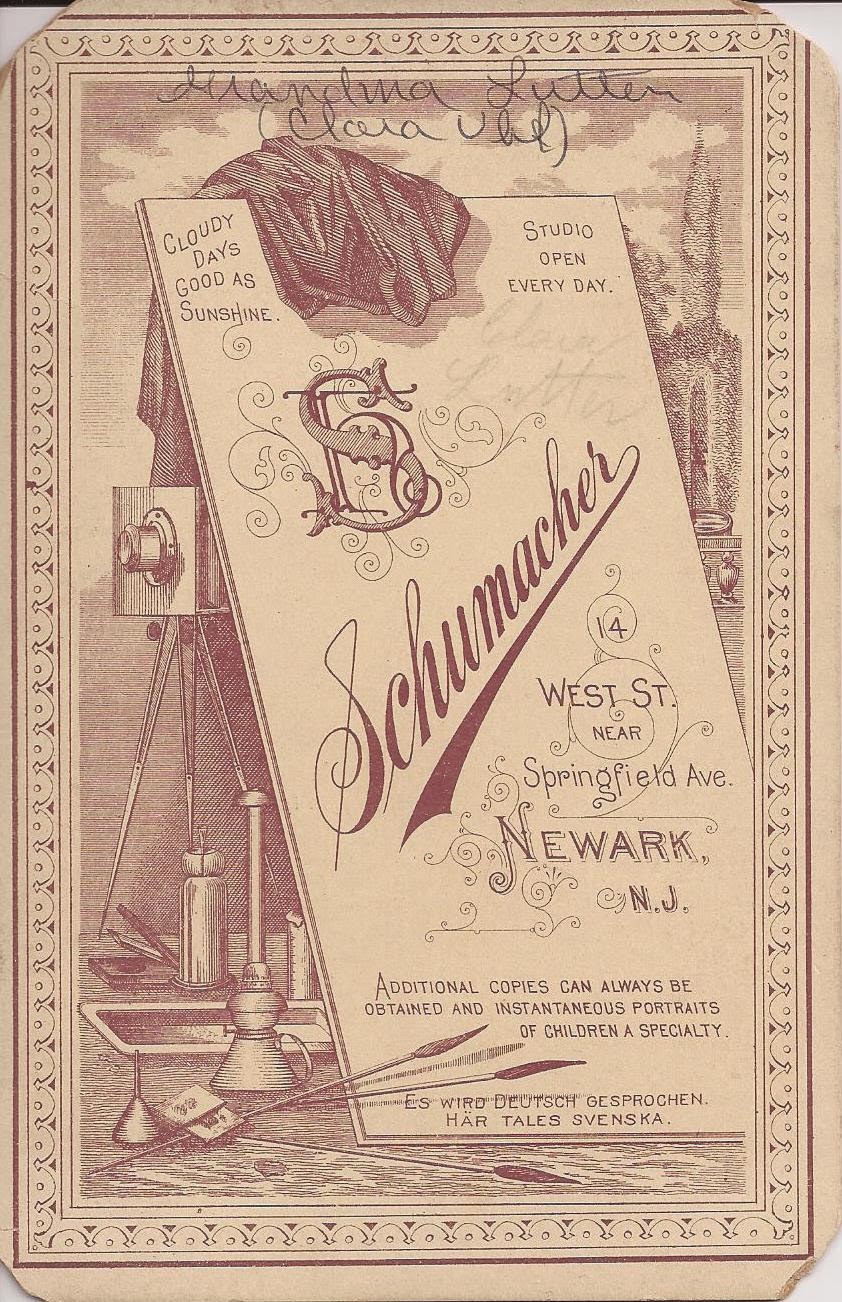 To date the image, I look at a few things.  Clara's age appears to be in her 20s, maybe 30s in the picture.  She was born in 1865 in Newark and died in 1955.  By her age guesstimate alone, this picture was made in the 1880s or 1890s.  Next I look to see when the photographer was in business.  Helmuth Schumacher used the West street address in Newark from 1892 onward.  By 1892, Clara had been married, separated, and had one child.
You can also date the photograph based on the style of dress and hair.  The little triangle that appears to be sticking out of the back of Clara's head is a hair comb to hold her hair in place.  The bodice of her dress is tightly cinched at her natural waste, producing an hourglass appearance.  The shoulders are pronounced, protruding above and beyond the natural shoulders.  I think that this dress dates from the 1890s.

In perusing the rest of the photographs, I came across a tintype measuring approximately 3 inches by 2 inches. 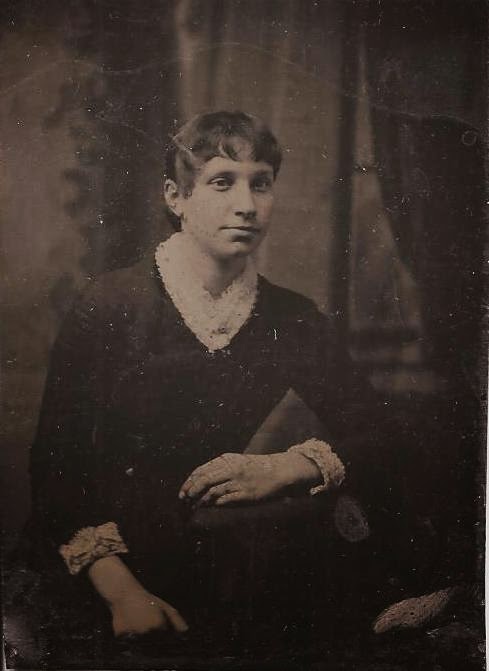 I'm thinking that this tintype could be Clara Uhl as a teenager, late 1870s or early 1880s.  The shoulders are natural and the sleeves sit above the wrists with ruffles. 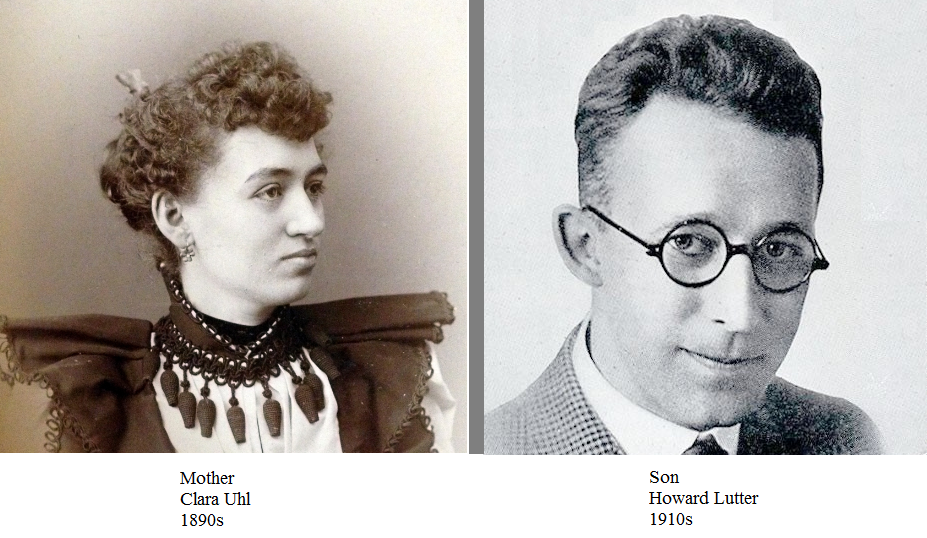 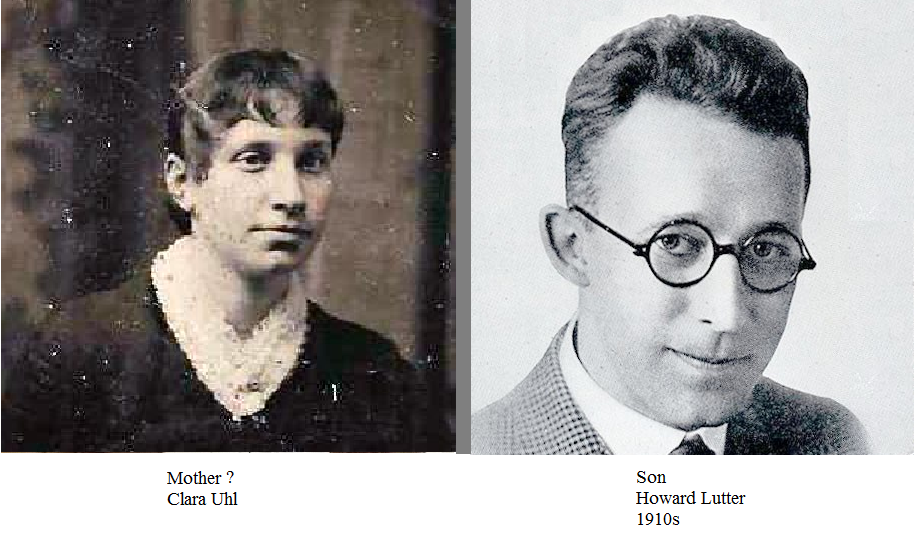 Next I compared Clara Uhl to a picture of her son, Howard Lutter.  I don't see much of a resemblance, especially with the eyes.  I do not have a picture of Howard's father to check for resemblance to him.  (Though I did find a picture of his second wife!)