If your research leads you to suspect a divorce, look for the divorce record.  Herman Lutter and Clara Uhl were married in Newark, New Jersey in January of 1888.  They are not found living together as a couple in the 1900, 1910, or 1920 census.  I suspected that the couple may have divorced because Herman married Emma Neubauer in Newark in March of 1915.  The marriage certificate lists Herman as divorced. 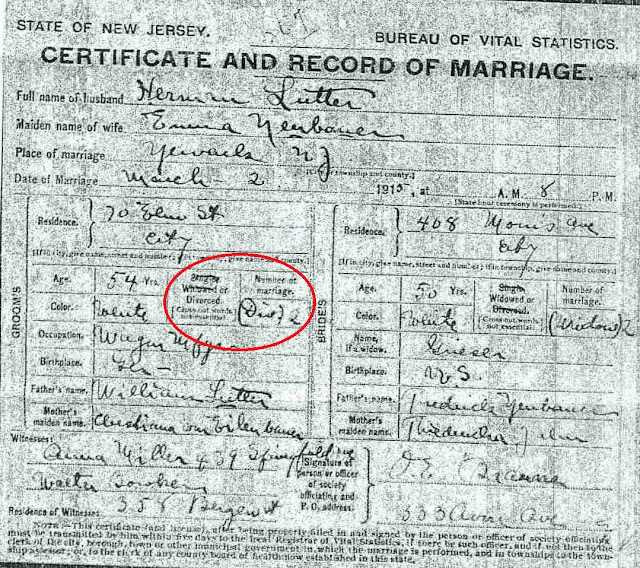 Divorces in the late 1800s in New Jersey were heard in the Chancery Court.  The records for a divorce may be in a few locations with no clear dividing points.

The Archives in Trenton carries microfilm of the docket for some years of cases heard in Chancery, so I started there.  I found proceedings for Lutter versus Lutter for 1894 and 1895.  I was told that the records for these years are held by the manuscripts room at the Archives, but off site.  I placed an order for copies and about ten days later, I had copies of the divorce proceedings.

There are few details provided in the record, such as the marriage date and place, that I already had.  I discovered the cause of action, desertion of Herman by Clara, not even ten months into the marriage. 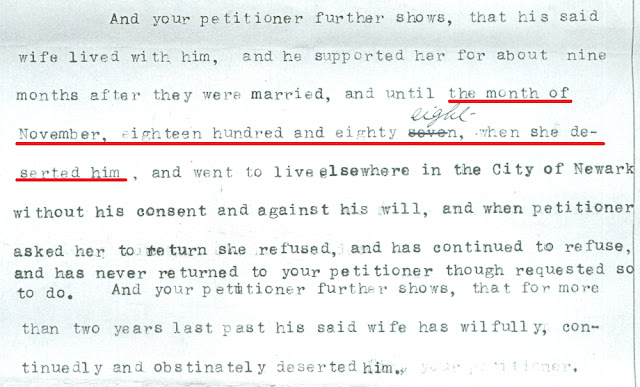 You may need to read what is not there.  The marriage ended very quickly.  You also need to gather any other documents that you can find.  There is no mention of a child in these divorce proceedings, but Clara filed a delayed birth certificate for a child in 1935, claiming a birth date of June 1889. 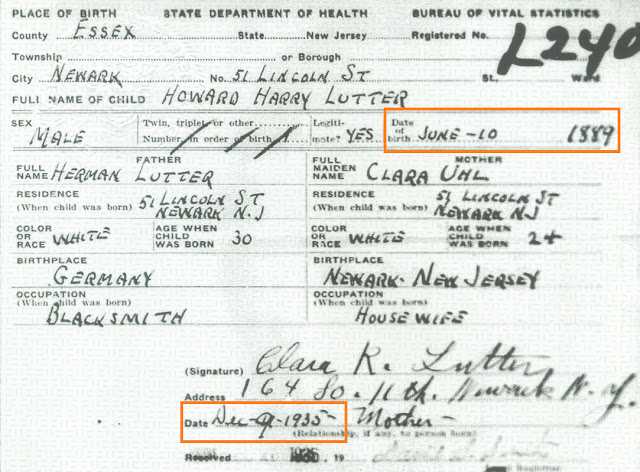 Filing a delayed birth certificate, especially in the mid to late 1930s, is common because of the Social Security Act.  While we should not necessarily read into Clara's not filing for a birth certificate at the time of the birth, we have more of a prospective on Clara's circumstances in 1888.  She left her marital home and returned to her mother when she was newly pregnant.  She may or may not have known about the pregnancy, but that is the timing of the events.