One of the possessions handed down through the generations in my family is a hatchet.  The tape was added later in the tool's life. 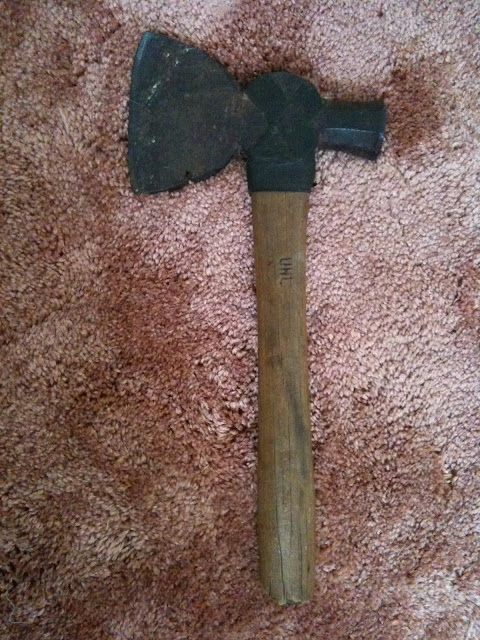 The letters UHL are carved into the handle. 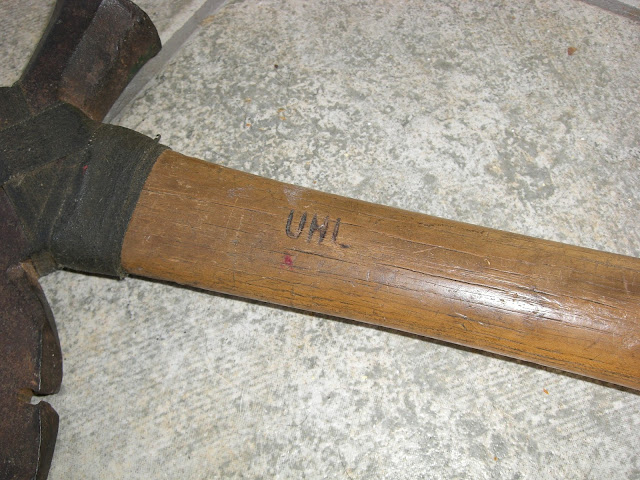 These letters could be the last name Uhl.  My great-great-great grandfather was David Uhl.  He was a toolmaker who lived in Newark, Essex County, New Jersey in the 1850s until his death from tuberculosis in 1884.

These letters could also possibly indicate initials of my great-great grandfather, Herman Lutter.  He was a wheelwright who lived in Newark in the 1880s through the 1920s.  Herman likely had other given names.  U could be the initial for one of these names that I have not discovered thus far in my research.

Thank you, Karin, for the inspiration for this post.