Intrigued by the brutal death of Michael J. Preston in the previous post, I went to Trenton and copied his death certificate. 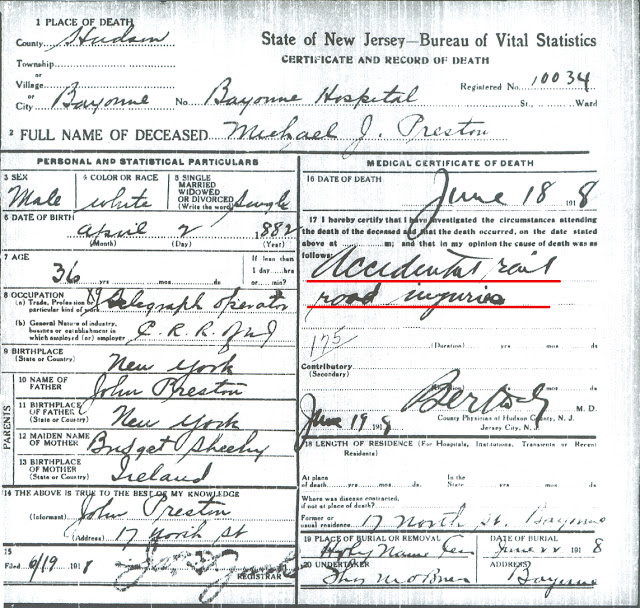 The cause of death is listed as "accidental rail road injuries."  From this description, I would guess that no official and thorough inquiry was made into his death.  He was an employee of the Central Railroad and found on a train trestle severely battered.  From that, the death was concluded as accidental- the train did it.  These things happen.  If he jumped off the train and was hit, then that could have killed him.  But how did anyone know he jumped?  No witnesses existed, either in the newspaper article or in the family story.

I think this could have been a murder.  It's too late now.
Posted by Jody Lutter at 9:30 AM