Patrick Frances O'Donnell was born around 1856 in Ireland.  In the 1900 United States federal census, he is living with his wife, Delia Joyce, and six children in Bayonne, Hudson County, New Jersey, with an immigration date of 1880.  I was working under the theory that he was the original immigrant- the first in that family to come to the United States.

While playing around at the website familysearch.org, I came across the following record.

According to the death certificate for Patrick O'Donnell, his parents were Peter O'Donnell and Margaret Gallagher. 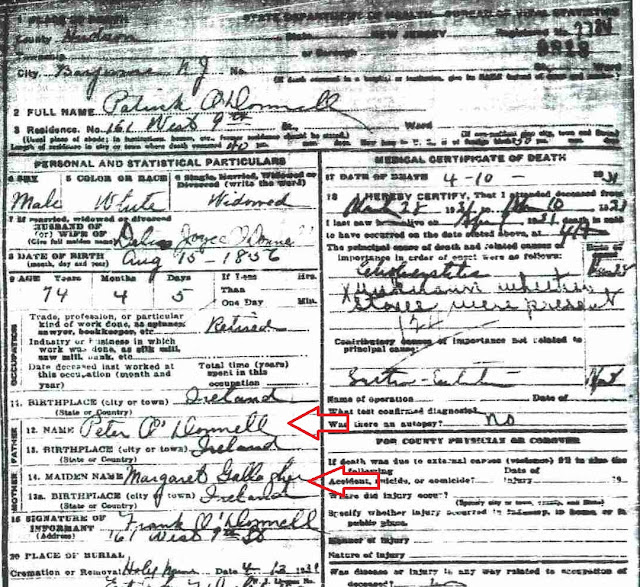 This was a great find.  Rose O'Donnell could be the sister of Patrick O'Donnell, indicating that Patrick came over with family.  I neeeded to find the original marriage document, so I went to the archives in Trenton. 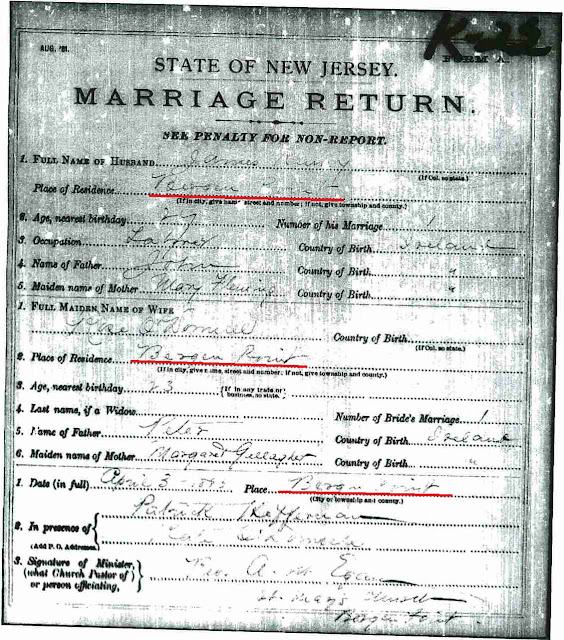 Rose O'Donnell married James Kenny in Bergen Point, New Jersey in 1883.  She was the daughter of Peter O'Donnell and Margaret Gallagher.  But, Patrick and his family lived in Bayonne.  What of the Bergen Point location?  I immediately thought of Bergen County, New Jersey.  I did some searching online and came up with an answer:  Bergen Point is a southern location within Bayonne.  Now it looks as if I have found a sister for the original O'Donnell immigrant.