I've found another treasure on eBay to add some dimension to the family history. 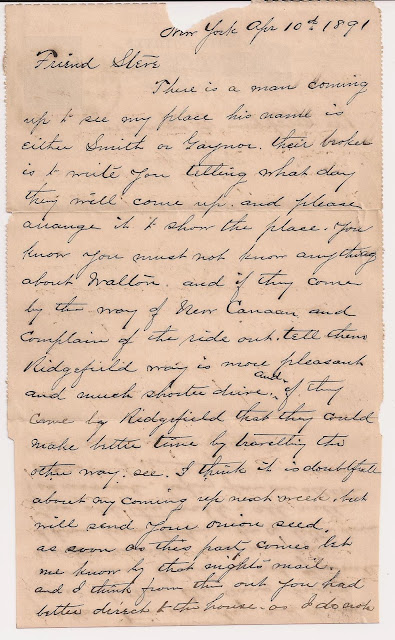 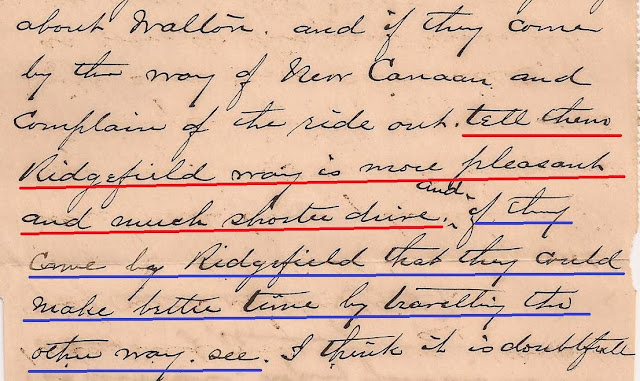 From this letter, it seems that Stephen C Duryea would show Mr Lawson's property to people.  There seems to have been an expectation of manipulation depending on the circumstances:  "If they come by the way of New Canaan and complain of the ride out, tell them Ridgefield way is more pleasant and much short drive.  If they come by Ridgefield, that they could make better time by travelling the other way.  See."


Stephen C Duryea was born about 1857 in New York City.  His father, George W Duryea, was killed in 1864, shot while working as a policeman.  Around 1870, branches of the family left New York City.  Stephen's uncle, Stephen C Duryea, moved to Pound Ridge, Westchester County, New York.  Stephen may have lived with his mother, Rene Brewer, in Jersey City for a time, but eventually made his way to Pound Ridge to establish a family with Susan Ophelia Austin, a neighbor of his uncle.  By 1880, Stephen and Susan had established their own household on a farm in nearby Lewisboro.

This letter tells us that Stephen may have been a persuasive salesman of some sort.