Your biggest and most obvious hint to check for a double enumeration in the census is when the census was repeated.  This happened in New York City for the 1870 census. 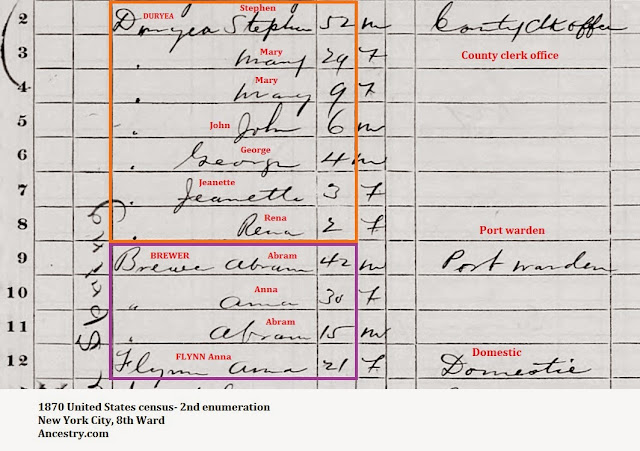 This is a household located on Spring Street in New York City, 1870.  First listed is Stephen Duryea, his wife Mary, and some of their children.  Living in this household is also Abraham Brewer (uncle of Mary), Anna [Frances Duryea], Abraham Brewer [nephew of Abraham Brewer], and Anna Flynn.

Both groups are in New York City in 1860, but not in 1880.  1870 seems to be the time this family moved out of New York City, though not together.  Stephen moved to Westchester County.