My results are in for the AncestryDNA test I took in May.  (My father's results are not in yet.)

Before the results were published, a cousin contacted me.  She is my mother's second cousin.  Our common ancestors were John D Preston (1859-1928) and Bridget Sheehey (1856-1916).  Her grandfather, George Preston, was a brother to my great grandmother, Anna Preston.  Previously, through DNA testing at 23andMe, I made contact with a descendant of another sibling, Hannah.


My AncestryDNA closest matches are predicted to be 3rd to 4th cousins. 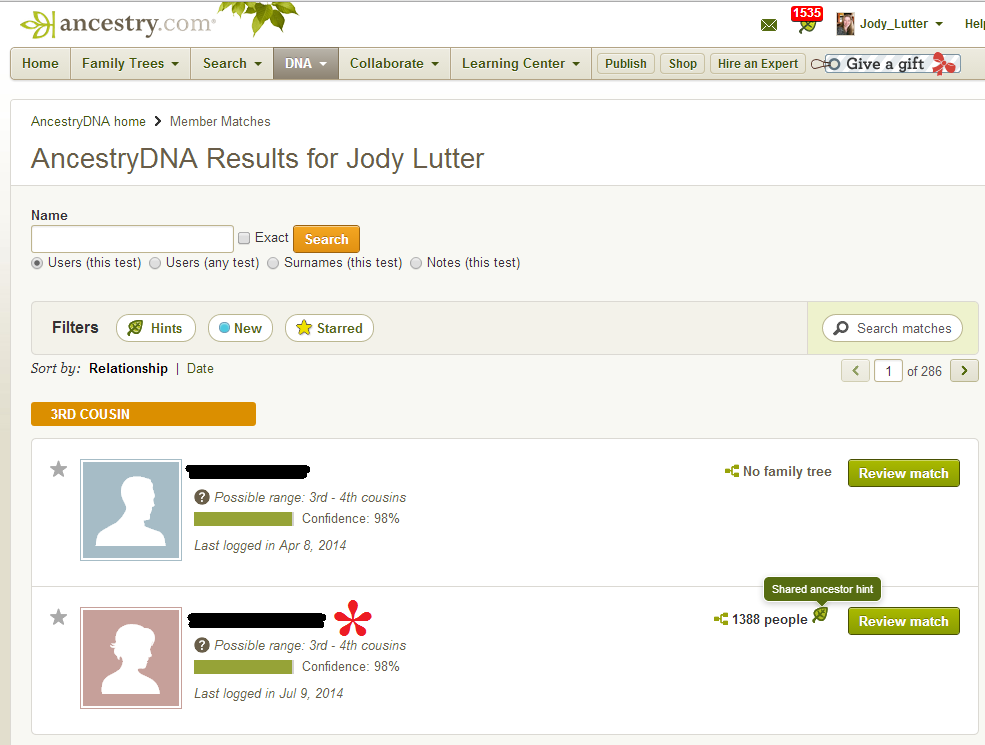 I don't know how the first person is related to me.  He has no genealogy information under his profile.  When my father's results are available, I will check if this cousin matches my father.  If not, the match is likely through my mother.

The second match is my Preston cousin.  We both attached family trees to our profiles.  Ancestry tagged her tree with a little leaf to let me know that Ancestry has a suggestion as to which ancestor in our trees may be the common ancestor. 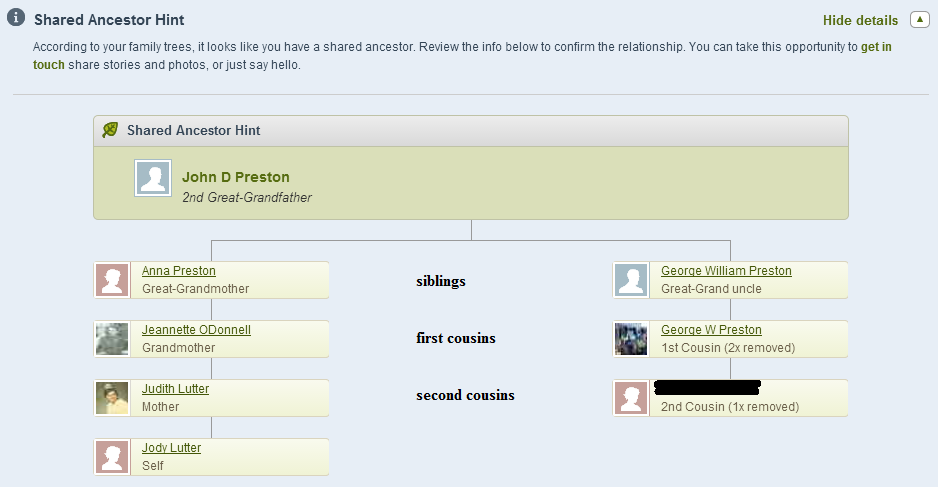 This newly discovered cousin provided me with information on her branch of the Preston tree.  I followed them through the census and retrieved some of their vital records from the Archives in Trenton.  As a coincidence, in the 1920 census in Newark, New Jersey, we have George Preston and his wife, Margaret [Fallon], living a few houses away from my paternal great grandfather, Howard Lutter, and my great great grandmother, Clara Uhl. 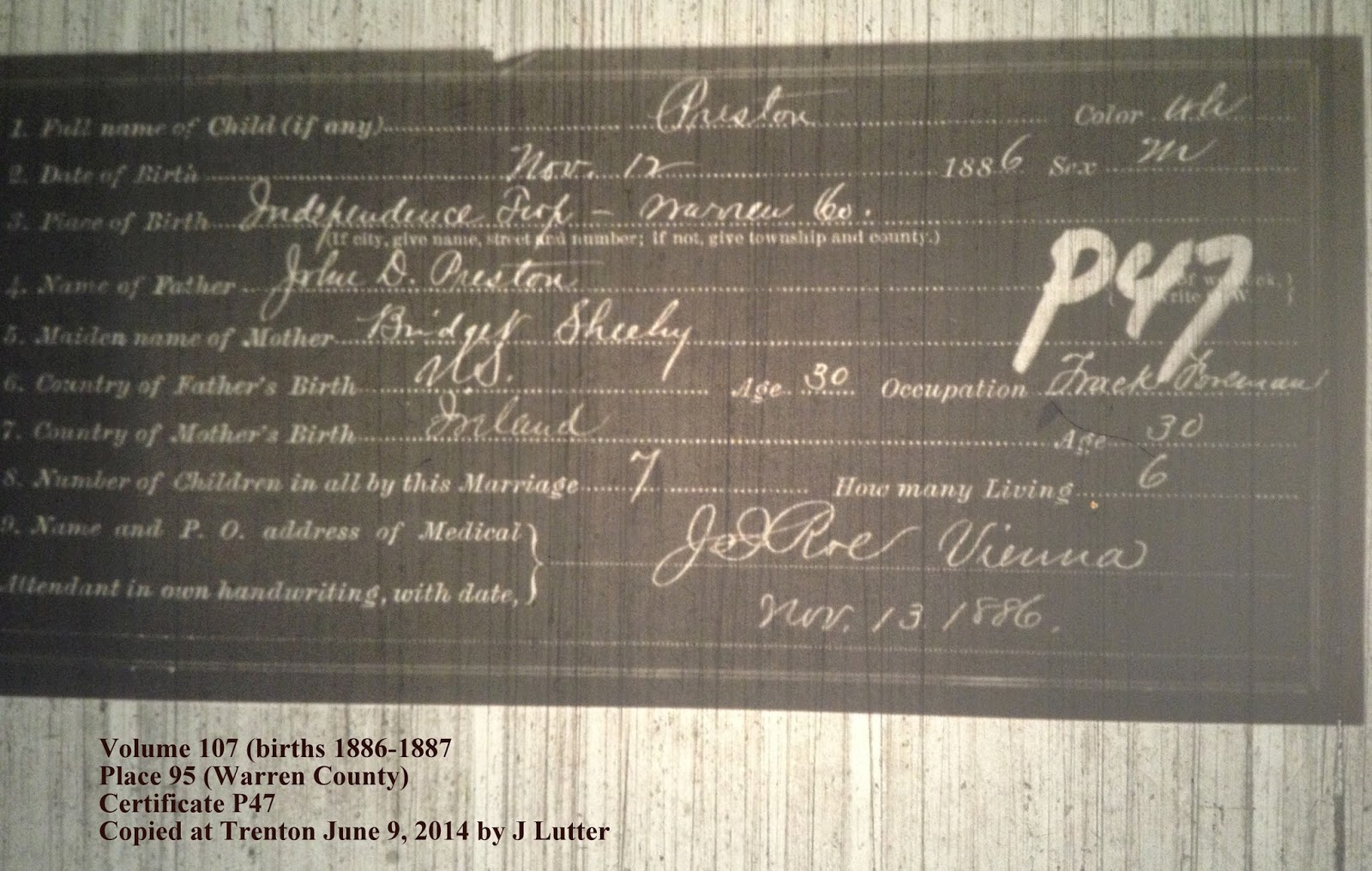 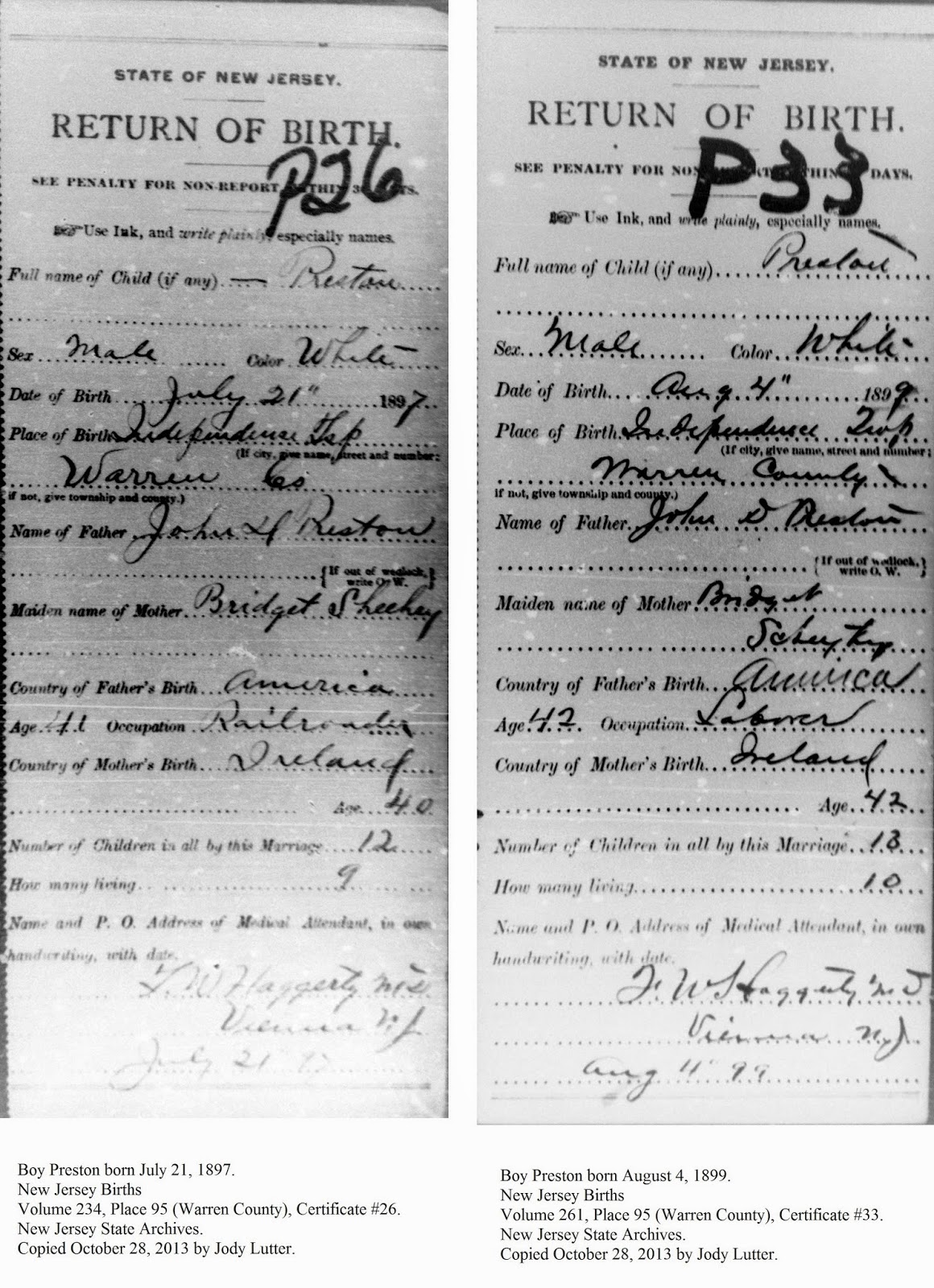 The branches lost contact, but through the internet, we reconnected.  My grandmother's notes reveal that she continued receiving news about the family.  She wrote that George (her maternal uncle) had one son. 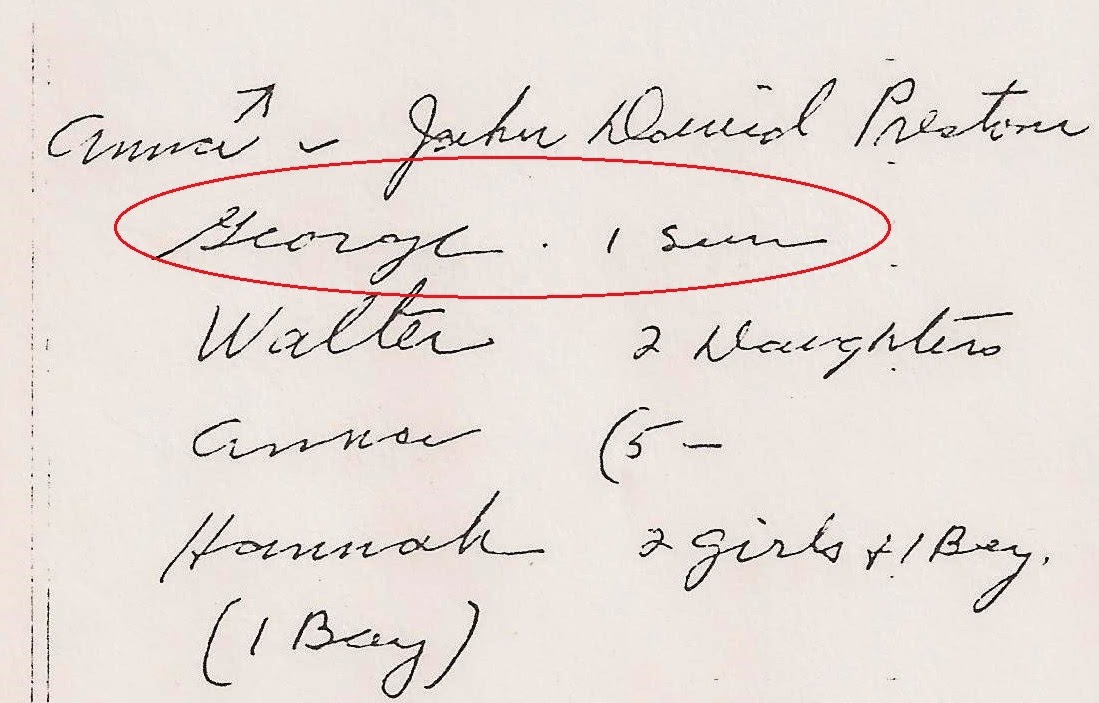 Now I have tested my autosomal DNA at the three major companies:  23andMe, FamilyTreeDNA, and AncestryDNA.  I have close and distant relations at all three.  Unlike 23andMe and FamilyTree DNA, AncestryDNA does not reveal which pieces, or segments, of my DNA that I have in common with my matches.  This information is necessary to figure out the connection to more distant relations.