Laura died in 1962 in Newark from complications of diabetes and multiple sclerosis.  She was buried in an unmarked grave in Hollywood Cemetery in Union (Union County, New Jersey).

Recently, I visited family gravesites for the first time in Monmouth County, New Jersey.  Although I do not live far from these cemeteries, I had never visited, probably because these graves were among the few recorded and photographed when genealogy started on the internet.  Visit Interment.net and DistantCousin.com for user-submitted records.  I concentrated on visiting graves that nobody had photographed and posted online, of which there were plenty, and I uploaded my pictures and notes to FindAGrave. 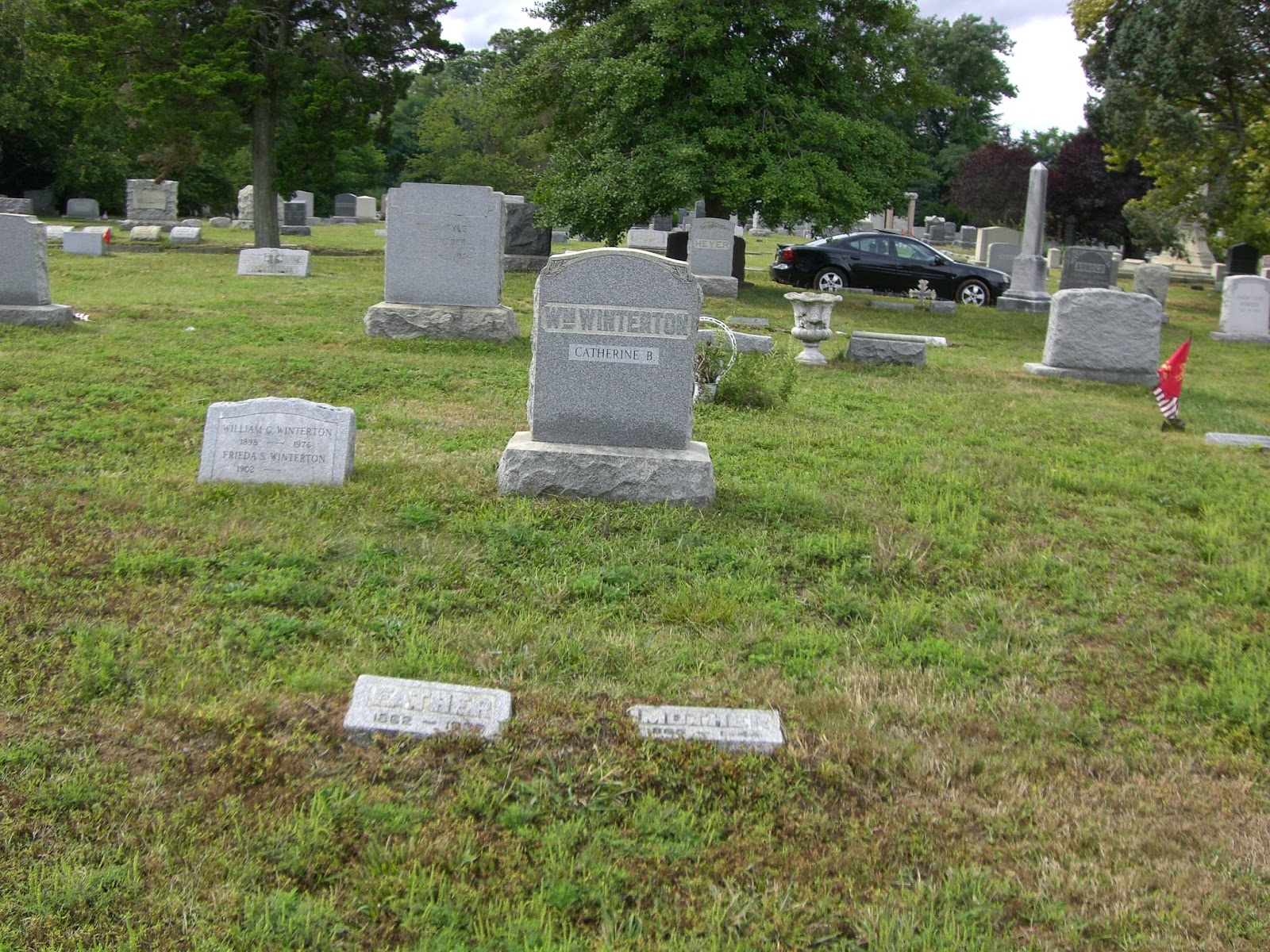 William's parents, John R Winterton (1831-1890) and Sophia T Walling (1835-1906), are buried in a plot shared with Cuttrells, located near the corner of Green Grove Avenue and Hurley Street. 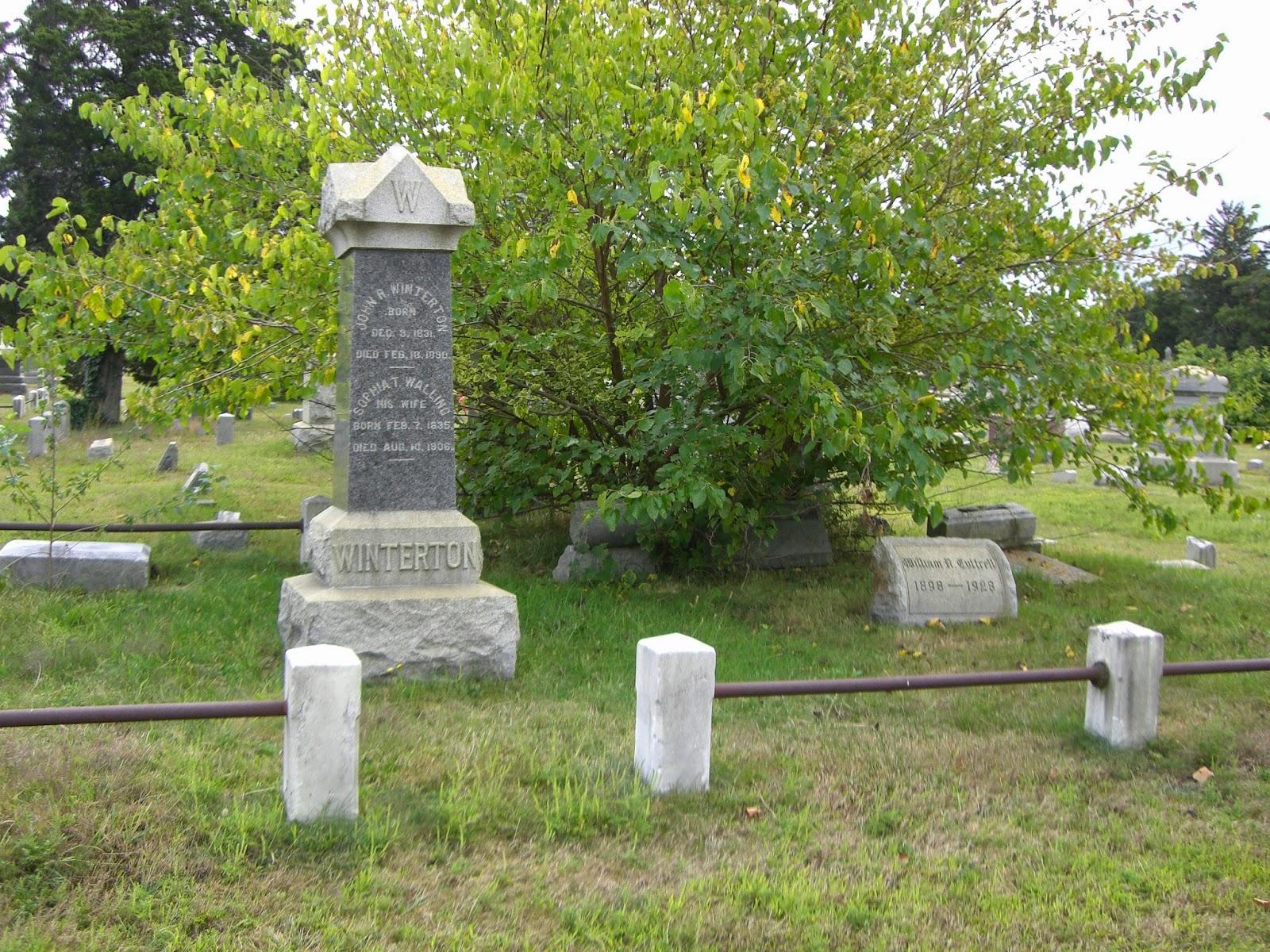 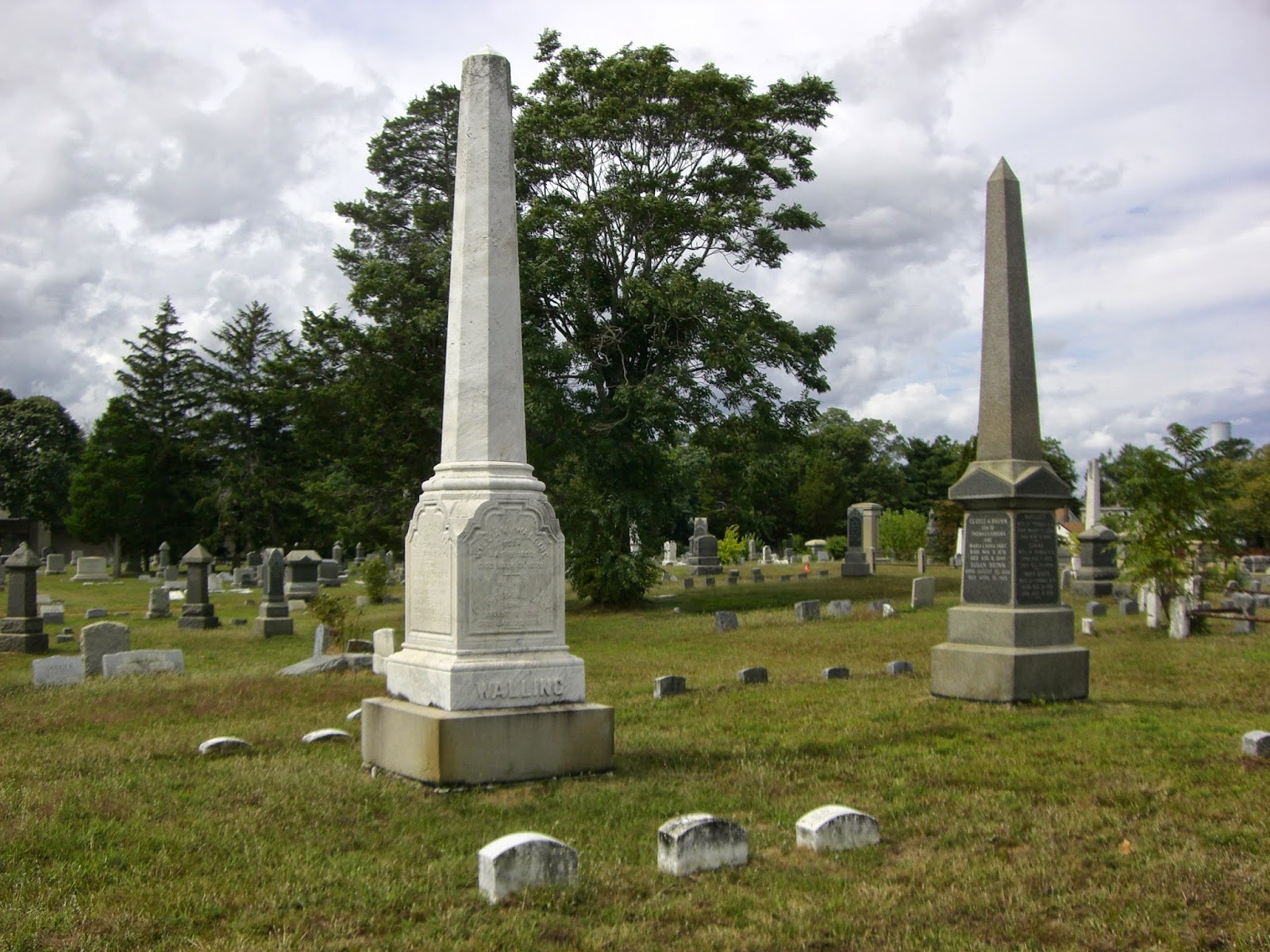 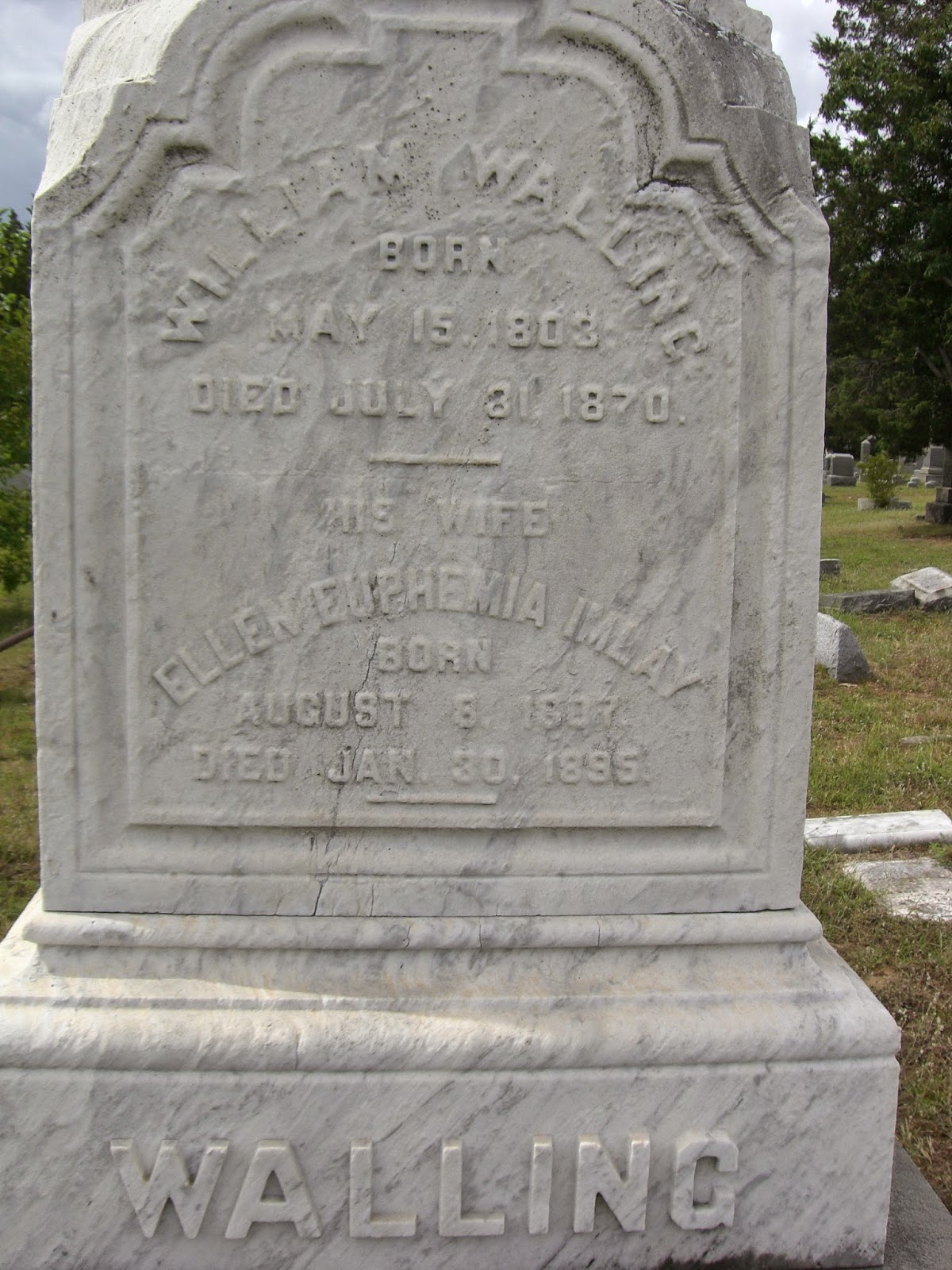 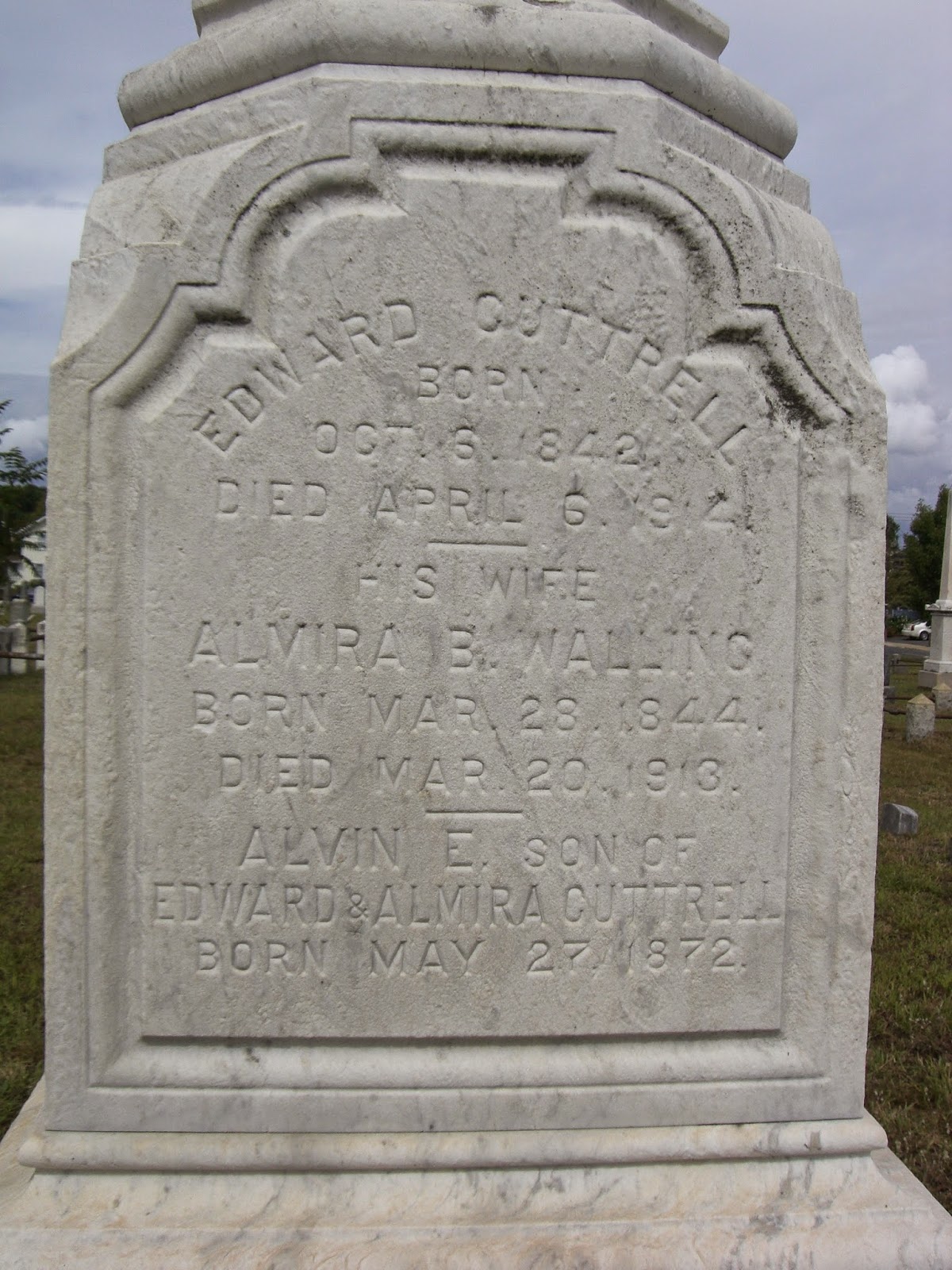 
John Winterton's parents, Samuel Winterton (1800-1877) and Sally Johnson (1802-1882), relocated to Monmouth County from New York City in the 1850s.  Samuel died in Keyport and Sally in Raritan, but they are both buried at Greenwood Cemetery in New York.  Their burials are searchable at the cemetery's website.

At Rose Hill are Laura Winterton's maternal grandparents, Ezra Dunn (1821-1898) and Hermoine Dunlop (1827-1900).  This is a small cemetery.  I was able to find the graves based on the pictures already online. 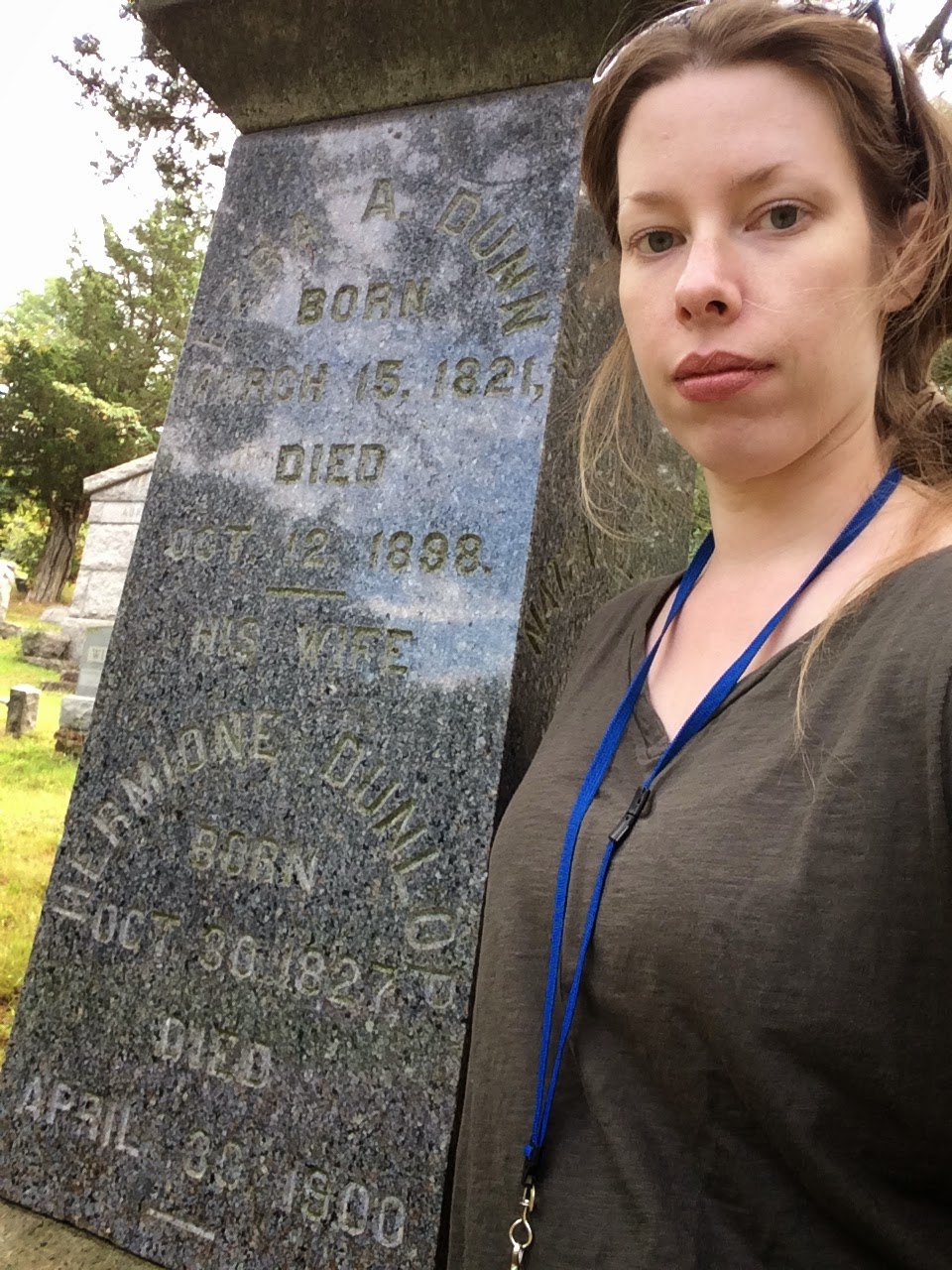 I marked the GPS location of the graves on FindAGrave.

I am still working on Ezra Dunn's parents.  According to his death certificate, Ezra's parents were Nathaniel Dunn and Sarah.

Hermoine Dunlop's father, Joseph Dunlop, was buried at Mount Pleasant Cemetery.  This trip illustrates why you want to visit grave sites, rather than just look at pictures or transcriptions online.

In the 1850 federal census in Raritan (Monmouth County, New Jersey), we have:
Joseph W. Dunlop, age 54, born in Pennsylvania;
Margaret Dunlop, age 53, born in New Jersey;
some of their children and boarders.

I located a marriage record in 1824 in Monmouth County for Joseph Dunlop and Margaret Little.  I need more evidence to decide if this is the marriage record for this couple.  A trip to the cemetery makes this marriage record more plausible for fitting into my tree.

I did not see a gravestone for Margaret; however, two Little graves and one Dunlop are next to Joseph Dunlop.  This placement could indicate a relationship.  You cannot see this positioning from online transcriptions or individual pictures of the stones.  (Well, now you can with my labeled picture.) 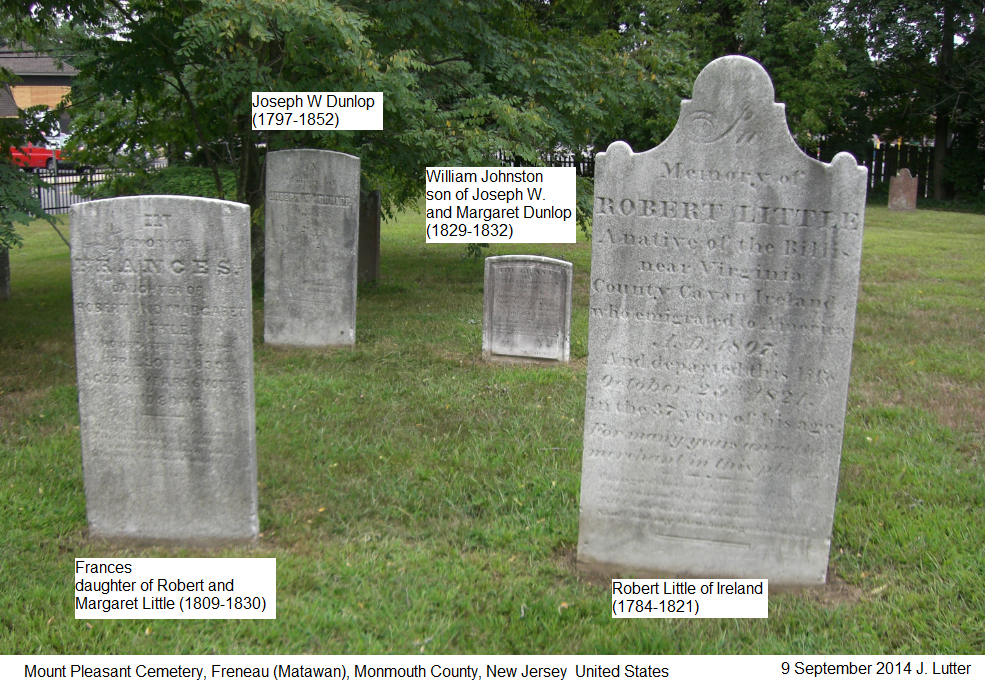 If this Little grave has a connection to Margaret, wife of Joseph Dunlop, then I will have a great link to the hometown in Ireland.  This would also be the first Irish ancestor found in my father's tree.