A paternal uncle gave me a nice surprise- he participated in the Geographic Project.  His DNA was analyzed from saliva submitted via the Geno 2.0 kit.  The purpose of the Geographic Project is anthropology, not genealogy, but there is some overlap in the two areas, especially with the introduction of DNA testing into the genealogy field.  Many of my close family members (and thousands of distant cousins) have tested their DNA at the three main DNA genealogy sites (23andMe, FamilyTreeDNA, AncestryDNA), so I was eager to see what Geno 2.0 revealed.

According to the website, Regional Ancestry "is based on the mutations across all your DNA and therefore shows the contribution from every one of your hundreds of ancestors."  Deep Ancestry is based on the Y chromosome and mitochondrial DNA and "shows only a single line of descent."

What struck me was the population calculation:  42% northern European; 40% Mediterranean; 18% southwest Asian.  23andMe paints my uncle (and his siblings) as 100% European.  (You can play with various admixture tools at GedMatch and other sites, but little DNA other than European is detected.)  This may be why The Genographic Project describes its determination of Regional Ancestry as "unique." 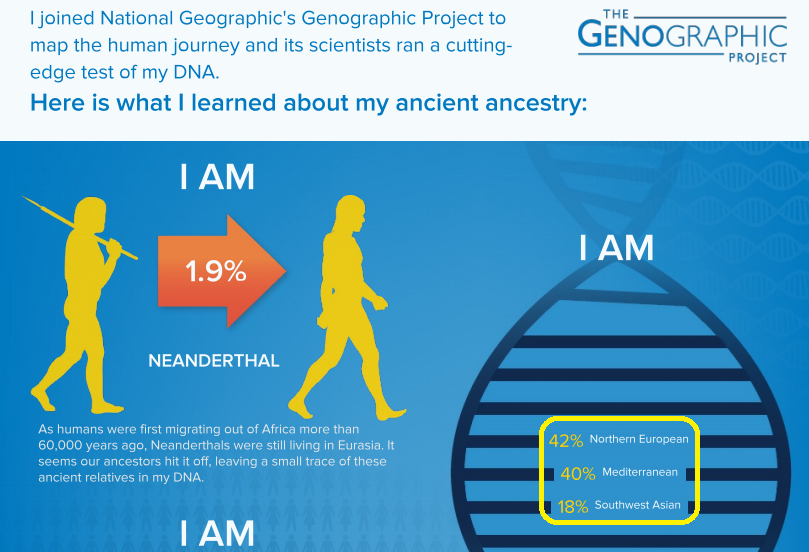 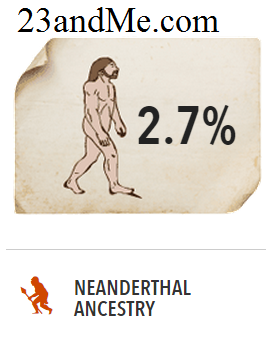 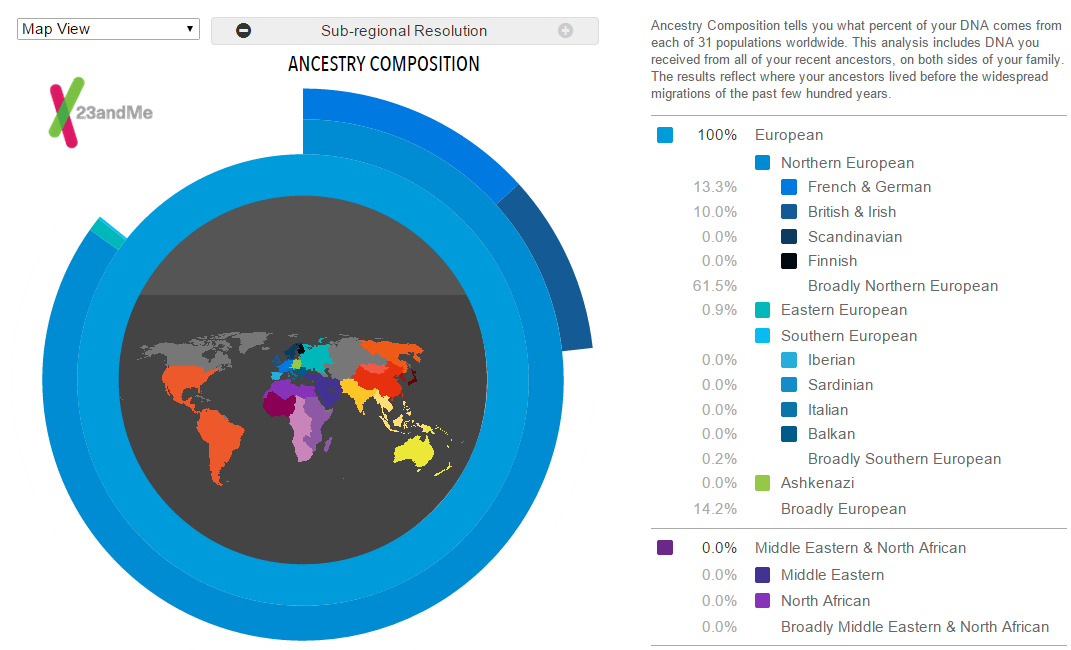 The percentages of ancestry used to determine Regional Ancestry are compared against 43 Reference Populations.  My uncle is most similar to modern-day people of Denmark and Germany.  We have no known ancestry from Denmark, but the connection may pre-date records so far discovered. 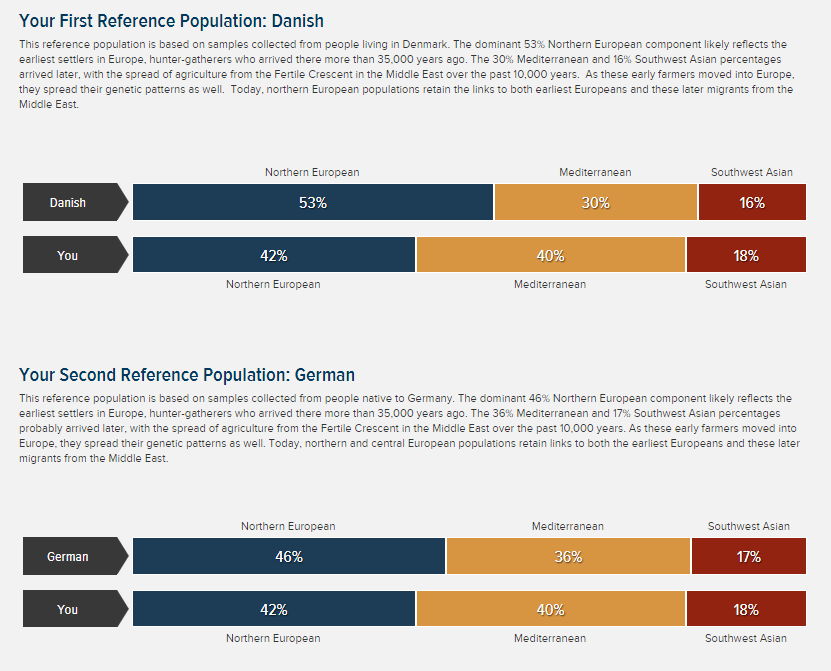 You can view the ancestry percentages of the 43 reference populations.  My uncle is similar to other European populations besides Danish and German. 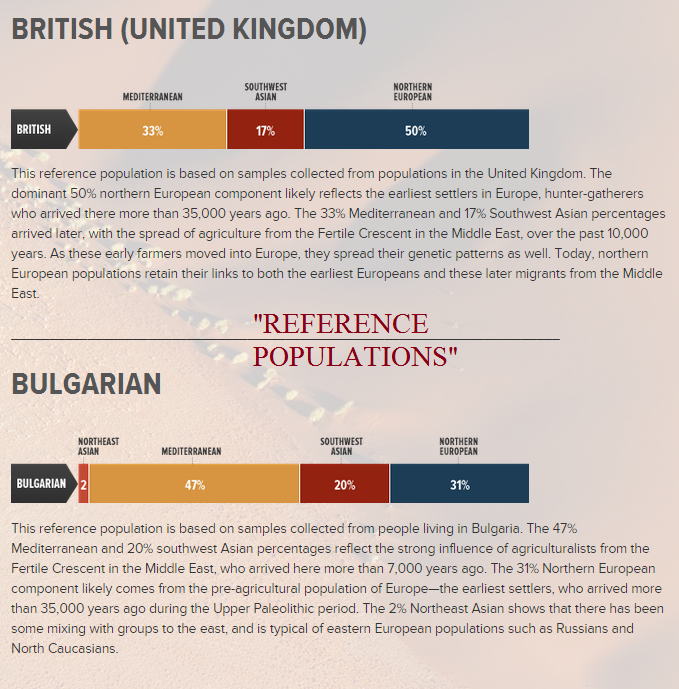