While at the New Jersey State Archives most recently, an interesting death certificate caught my eye.


Nicholas Bretzler died February 28, 1919 at Saint Joseph's Hospital in Paterson, Passaic County, New Jersey.  He was a resident of Richfield, which is a neighborhood in Clifton.  The names of his parents were not included on this death certificate, which is not unusual.  The remarkable feature was the explanation by Mrs C Plog, employer and informant, for the absence of the parents' names:  "Endeavored to obtain this information but was unsuccessful, for he never would talk."  This explanation for the lack of information provides some insight into Nicholas Bretzler and his life. 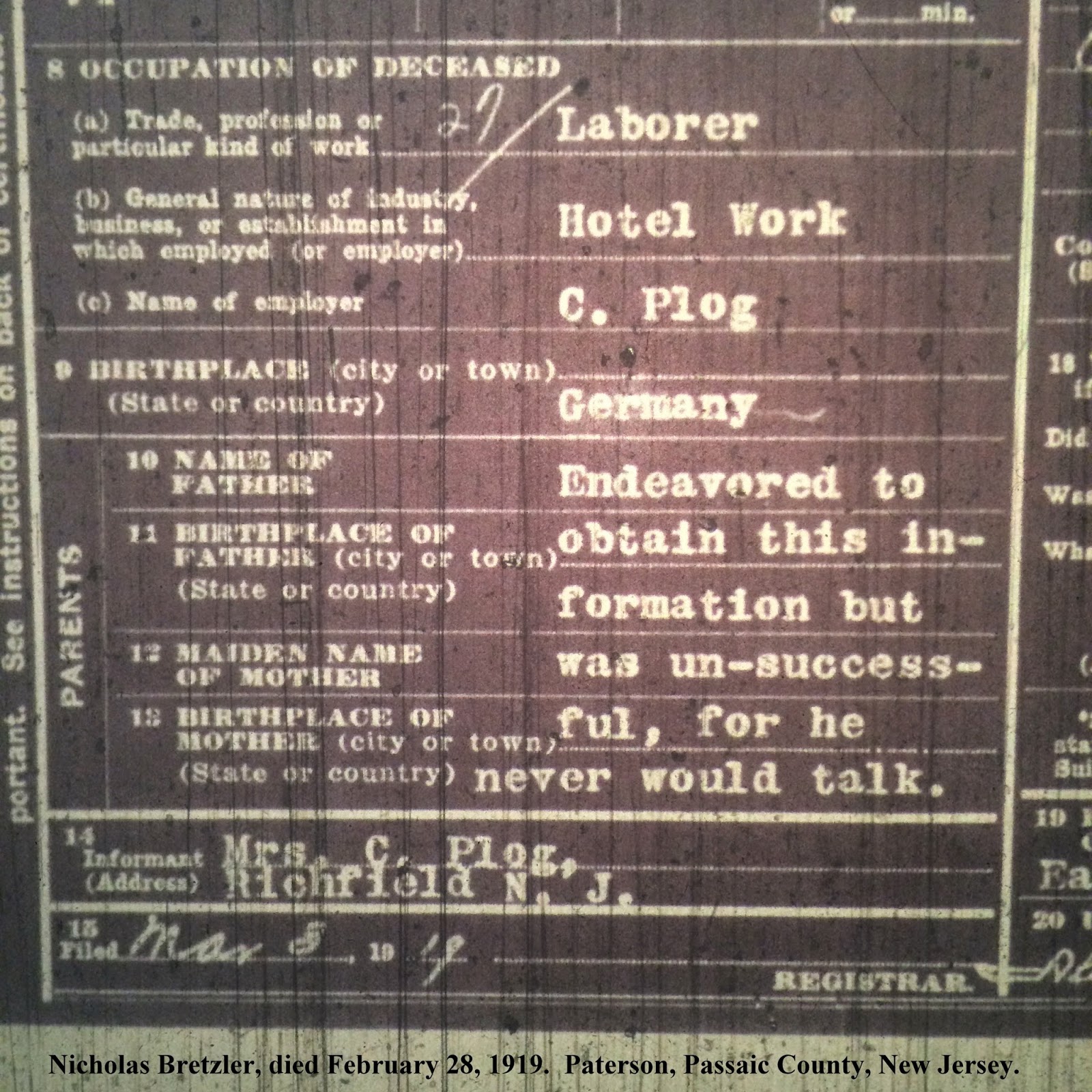 Nicholas Bretzler was buried at East Ridgelawn Cemetery in Clifton, New Jersey.  Last year I photographed a grave at this cemetery, replicating one taken by my grandfather almost eighty years earlier.  When the snow and ice disappear in the spring, I can return to cemetery photography.