Year of Death Questionable in Spite of Multiple Records

She died in East Orange, Essex County, New Jersey, according to the resources that provide a location.  All resources have the same month and day- January 31.

Below are the offerings.

Of note- New Jersey indexes for deaths prior to 1901 do not run on a calendar year.  Deaths for the years of concern here (1888, 1889, or 1890) were compiled from July 1 of one year through June 30 of the following year.  So the entry at Family Search for a death from January through June of 1888 would have been in 1889.  Entries for January through June are off by one year. 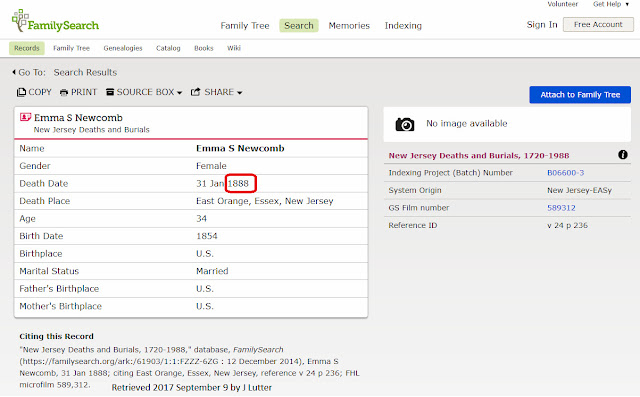 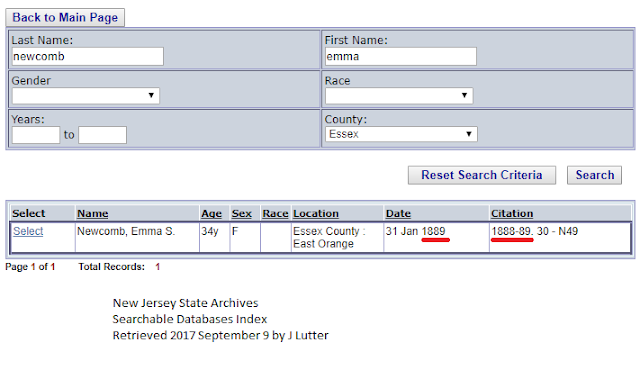 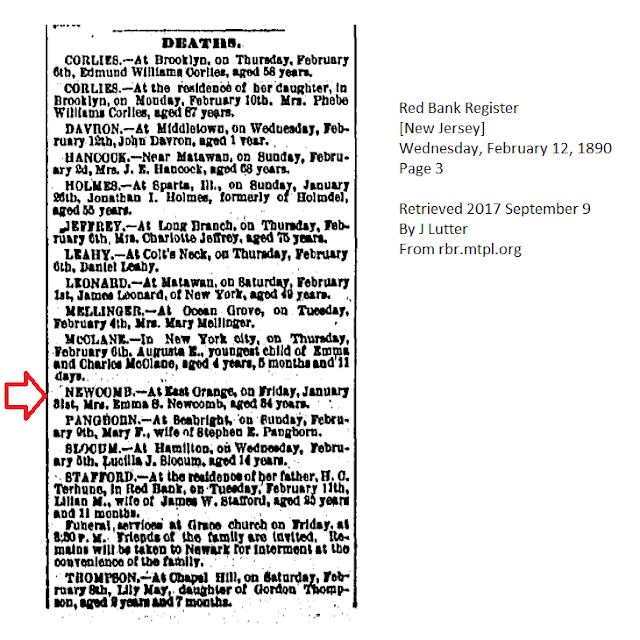 So which one is correct?

The gravestone is a derivative source.  We don't know when the stone was carved.  It is possible for gravestones to have the wrong dates, especially if created years after a person died.  Emma's stone may have not been carved when she died.  Her infant daughter, Viva, died shortly before Emma in 1888.  Viva's information is carved below Emma's entry and there is no room on the stone for anyone else.  This indicates that the stone was not created for Viva, but for Emma, evidencing a time lag.  But it is a vote for 1890.

The death listing is another matter.  While not a primary source, a newspaper would contain contemporaneous information.  The news of Emma's death may have taken a few days to reach the Red Bank newspaper from East Orange, but it should not have taken a year.  This is another vote for 1890.