Edwin's death was recorded in two states: Pennsylvania, where he died; and New Jersey, where he lived.

This sometimes happens and is worth checking if the person of interest lived in a state other than place of death. One certificate could contain more information than the other.

Edwin's records both contain information in all fields of interest. The Pennsylvania record is clearer and in color because it is digitized and online at Ancestry.com. New Jersey's death certificates remain on microfilm with paper copies only available through the mail or in person at the Archives. 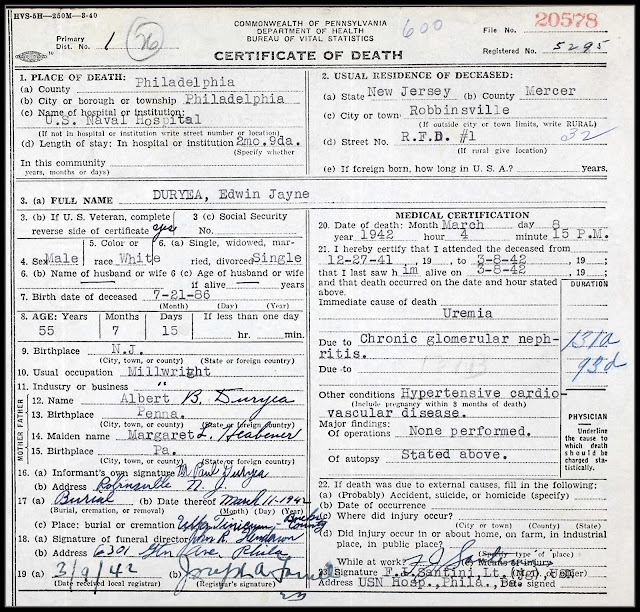 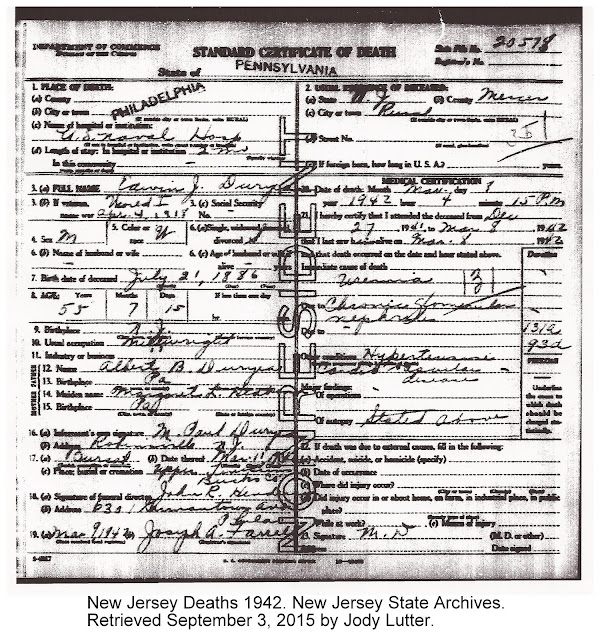 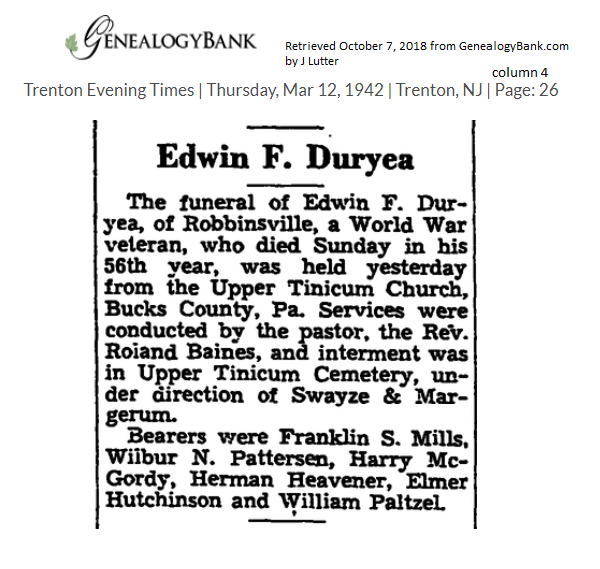 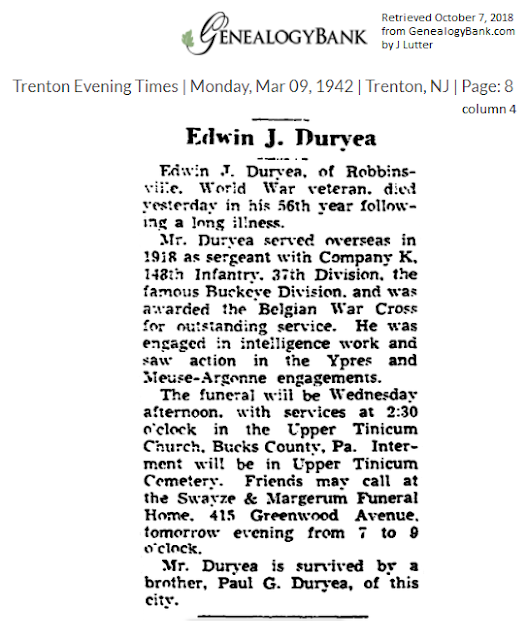