Married Twice to Each Other

Noah Wetmore Duryee was born about 1827 in New York and died February 4, 1866 in Morrisania, New York. He was buried in Green-Wood Cemetery in Brooklyn.

Noah's widow, Lucretia Daily, married Peter Romain in 1885 and 1890. I have not found an explanation.

Peter Romain's first wife, Rachel, died in 1881 and was buried in Woodland Cemetery in Newark.

Peter and Lucretia resided together in the 1885 New Jersey state census in East Orange with Peter's grandson, Alfred. 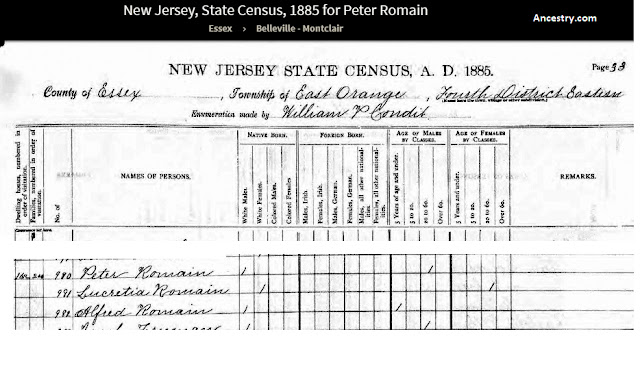 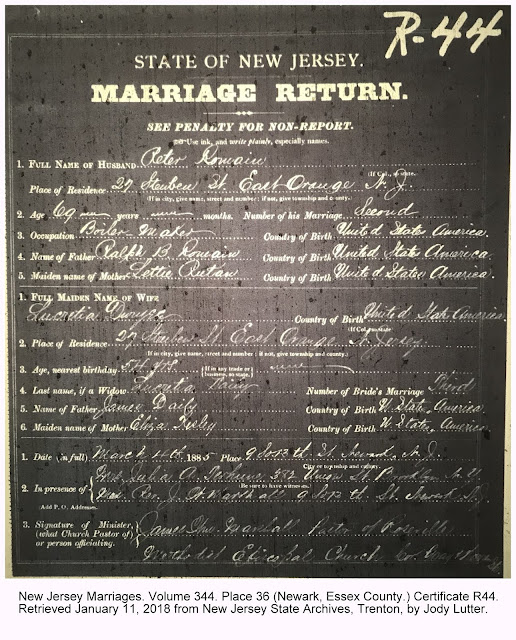 The second marriage was February 12, 1890, again in Newark, where they were living at 230 North Seventh Street. 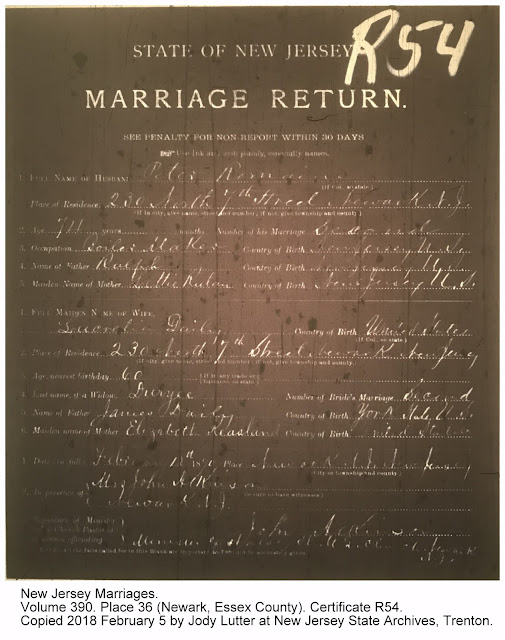 Lucretia died August 24, 1920 in Bronx. According to the index at FamilySearch.org, burial was in Newark. I will need to view the original certificate of death at a Family History Center to possibly discover which cemetery. 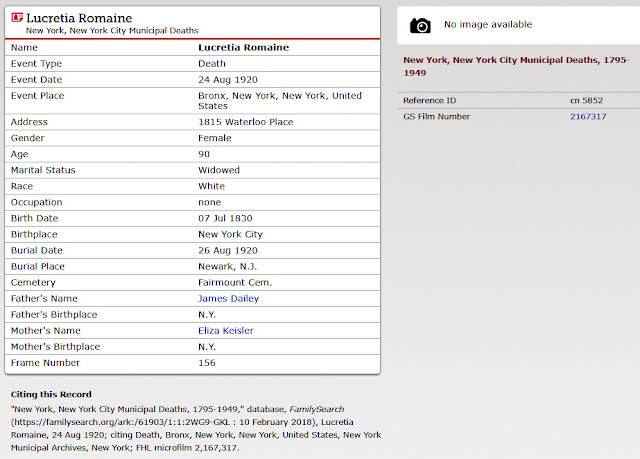