I try to collect the birth records for all children born to a couple.  An exact date of birth helps identify the children in later records.  The location of the births over the years reveals the migratory pattern of a family. 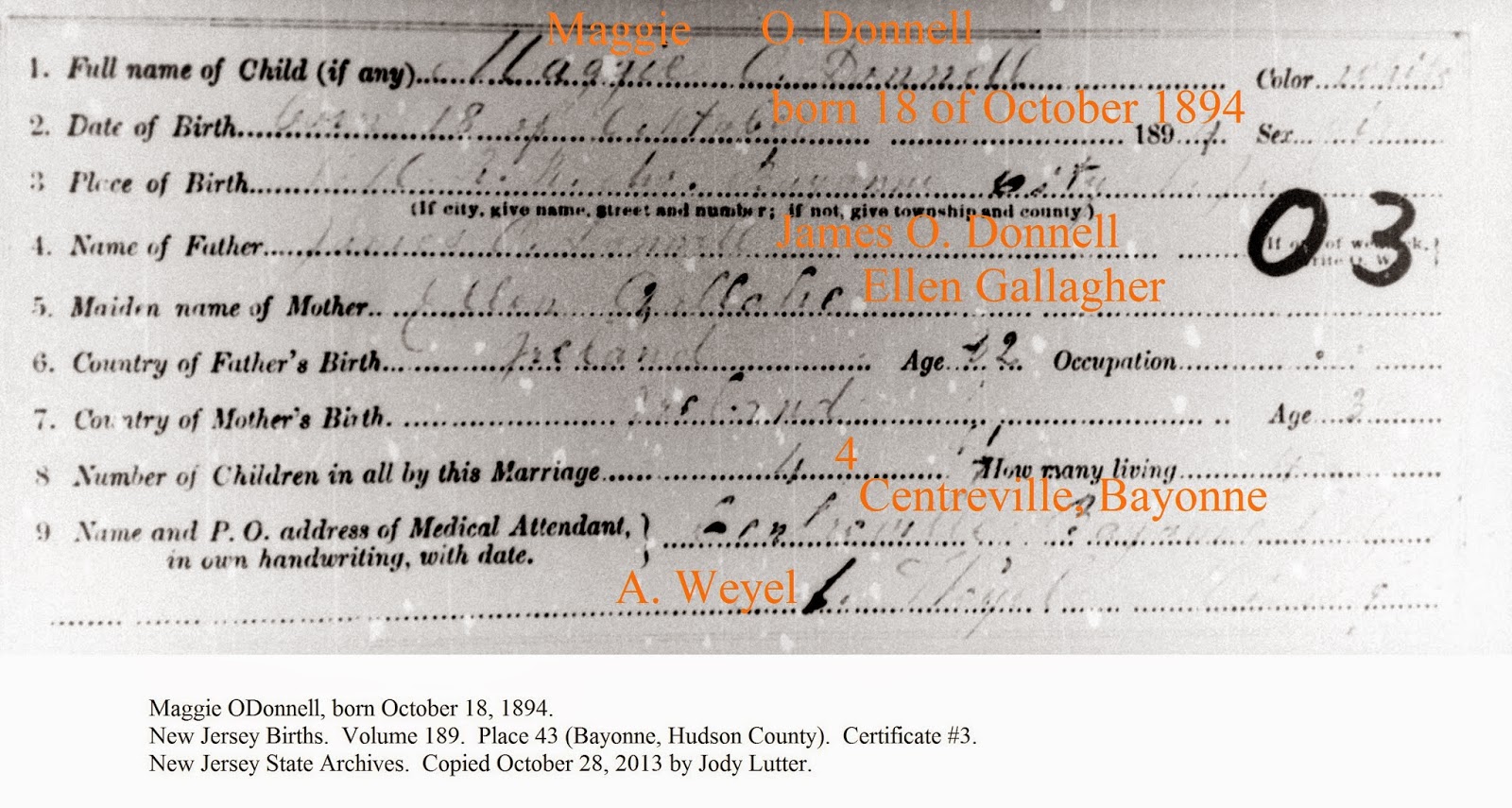 Upon further review, I think that the birth certificate for Maggie, daughter of James and Ellen, is actually the record for Marguerite, daughter of Patrick and Delia.  This birth certificate flows in order with the rest of the children- Marguerite was child number 4.  The midwife was the same- A Weyel.  The address appears to be similar to where the other children, except the first one, were born- Rail Road Avenue in Centreville, Bayonne.  And October 18, 1894 is the birthdate used by Marguerite ODonnell.

The midwife may have confused Patrick and Delia's daughter with another baby born around the same time.  In the 1900 census in Bayonne, there is a Margaret ODonnell, born in August of 1894, living with her parents, John and Helen.