ODonnell of Ireland and Y-DNA: The Matches

My ODonnell cousin is matched with over 700 other men who share a very similar Y chromosome at FamilyTreeDNA.  Very few matches list an ODonnell paternal ancestor.  As we go back in time, it is important to remember that surnames were not consistent and may not have followed the pattern of father to son transmission.

The beauty in Y-DNA testing is that the common ancestor is going to emerge from only one ancestral line:  the direct paternal line, meaning father to son and his son and so forth.  Compare this type of DNA inheritance to autosomal DNA, where the common ancestor will be from any line.

The most distant ODonnell ancestor that I can find for my line is Peter ODonnell, probably born around 1820 in County Donegal, Ireland.  I do not know if he came to the United States.

At the top of the list is someone who can trace back about 200 years to an ODonnell ancestor, so I started with him. 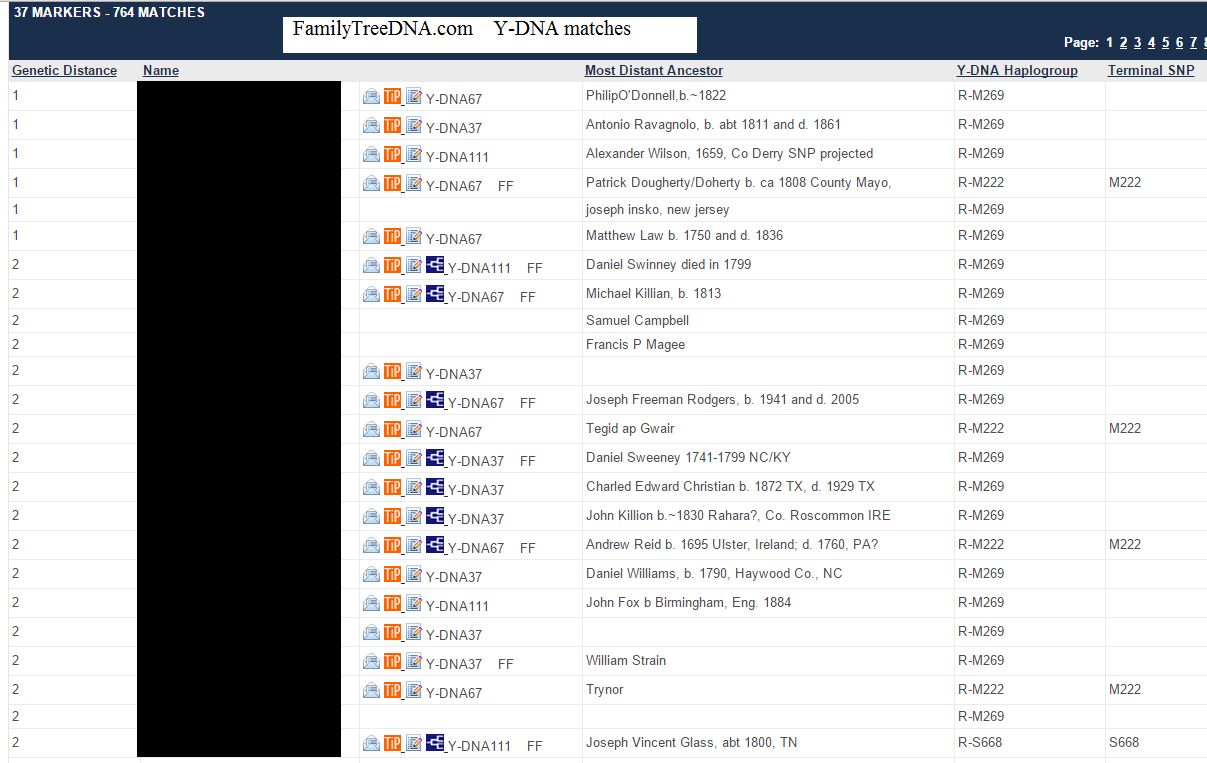 This ODonnell line lived in Boston, Suffolk County, Massachusetts.  Irish are plentiful in Boston.  There were (only) two men named Philip ODonnell in the targeted time frame; and both were born around 1820. 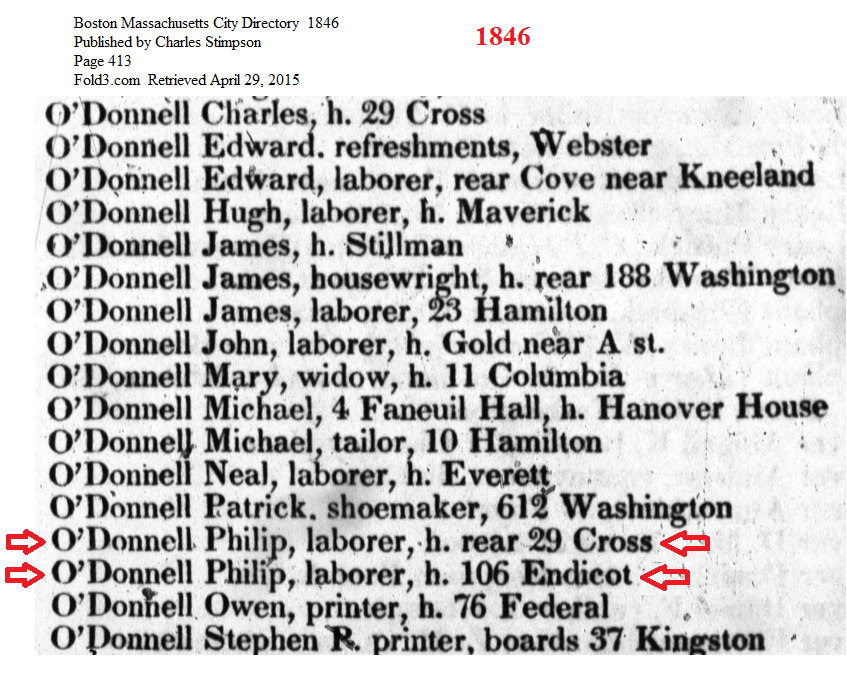 A lot of records are online for Boston, so I lucked out.  Boston city directories are on Fold3.com.  Images of original vital records are at FamilySearch.org.

After gathering records, I determined that the great great grandfather, Philip ODonnell, of the Y-DNA cousin was a son of Manassas ODonnell.  Manassas was born in Ireland in the 1790s.  He first appeared in the Boston city directory in the year 1840.

Manassas ODonnell died in 1869 from a fractured skull and ribs.  His death ledger entry lists his parents as Philip ODonnell and Bridget.

The DNA results tell us that the direct paternal line of my ODonnell cousin will merge with the direct paternal line of this Y-DNA cousin.  I can trace back 6 generations for the Y-DNA cousin, but only 4 on my own ODonnell line.  If the ancestors of Manassas are more discoverable than my own, I might make the breakthrough on my own line by researching the Manassas line. 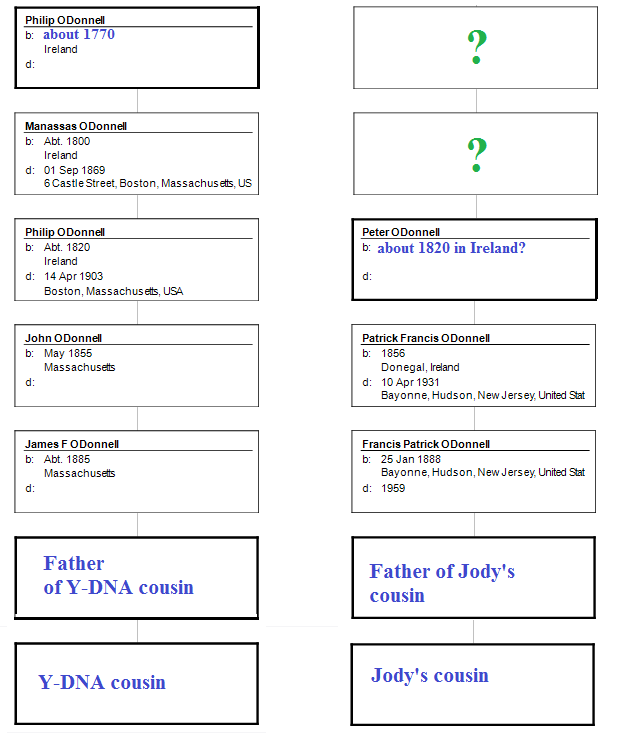 This ODonnell group in Boston did not produce many hits in the newspapers or at FindAGrave, which are usually great sources of information for me.  If anyone out there is experienced in locating newspapers, burial records, probate files, or other useful sites for Boston, please comment below.  Thank you.