ODonnell of Ireland and Y-DNA 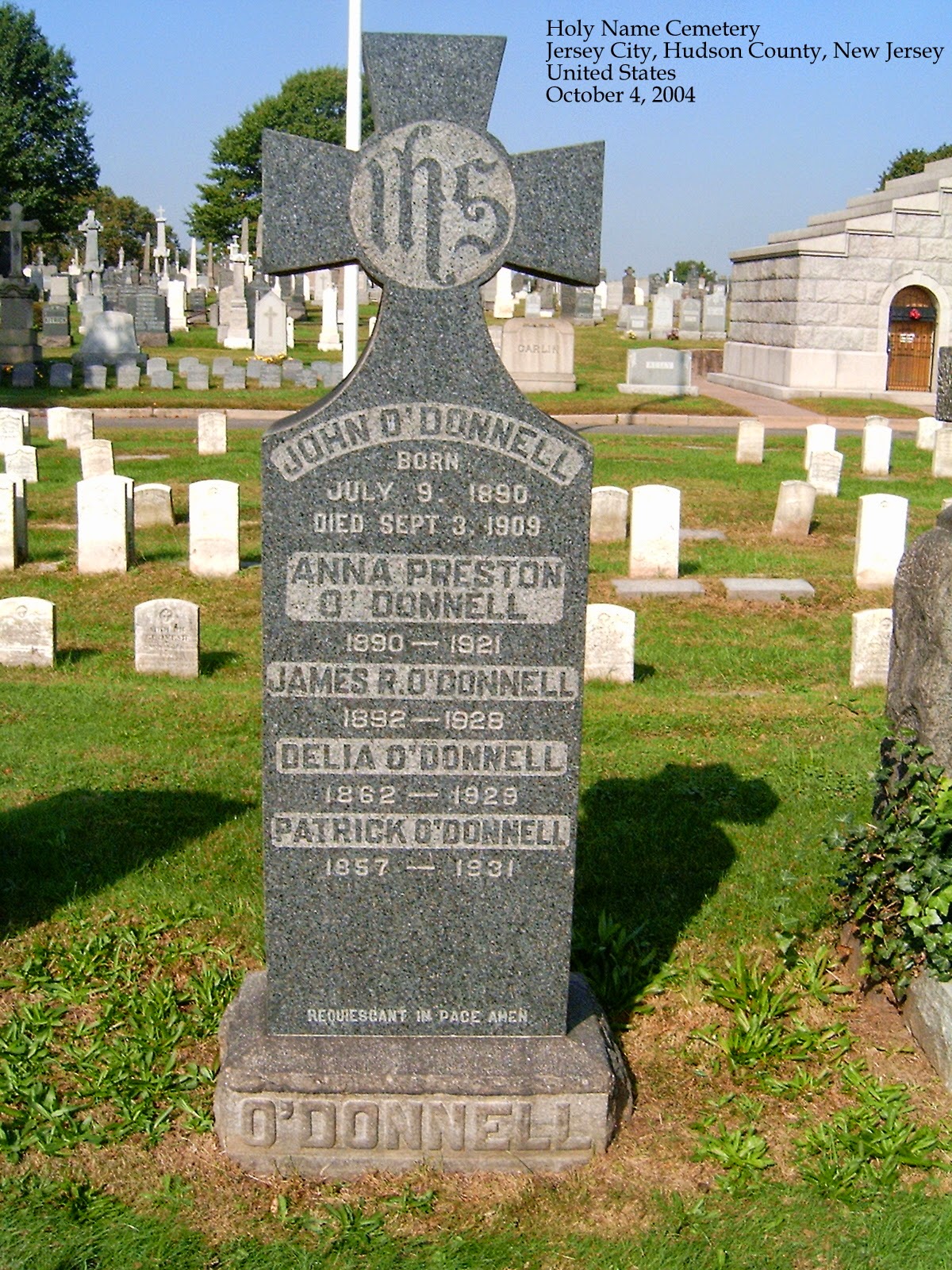 ODonnell is a common Irish surname.

The oral story was that Patrick ODonnell immigrated to the United States from County Donegal in Ireland.  To uncover more, I visited cemeteries, court houses, archives, and libraries.  I viewed census records; birth, marriage, and death certificates; wills; newspapers- all the possibilities in a genealogist's treasure chest.

Patrick was single and living in Bayonne, New Jersey in the 1880 census.  I found a few siblings born in the 1840s and 1850s and uncovered their father's name: Peter ODonnell.  They were from Ardara in County Donegal.  And that is as far as I could stretch.  It's not that I can't find ODonnell; rather, the opposite is true:  there are so many people named ODonnell (or Ó Domhnaill in Gaelic), that I can't distinguish my ODonnell line from any other.

The immigrant Patrick ODonnell passed his Y chromosome virtually unchanged onto his sons and they passed this same Y chromosome onto their sons.  An ODonnell cousin in this direct male line agreed to test at FamilyTreeDNA and the results are in.


I was surprised to see a flag and "Niall of the Nine Hostages."  The results for two other Y-DNA tests, Lutter and Duryea, did not have any special designations.

I had to do some reading.  Niall was a man who may or may not have existed.  According to legend, he was a king of Ireland in the 4th and 5th centuries, which accorded him the right to have relations with many women, resulting in abundant offspring, and some of them also ruled and made lots of babies.

My ODonnell cousin has 772 matches on the Y chromosome.  For comparison, my father has zero matches.  My Duryea cousin has 38 matches.

Whether or not Niall actually existed, about 20% of men in northwestern Ireland (where County Donegal lies) and 1 out of 50 men in the New York area have an almost identical Y chromosome that originated from a prolific man.  To be allowed such behavior, the man would have to be a king or man of great power, hence the idea that he was Niall of the Nine Hostages, or a very close relation to Niall.

This reminds me of the idea that Charlemagne may be an ancestor to most people of European heritage.

A study from the journal Genome Research offers that our collective maternal heritage is much more diverse than our paternal ancestry.  In genetic bottlenecks throughout history, for every 17 women who passed their genes onto the next generation, only one man did so, reflecting the power of a few elite men who procreated abundantly.

This information about Niall is interesting, like looking into a crystal ball, but into the past, not the future- where one of my ancestral lines was located 1500 years ago.  In the meantime, I am stuck in the 1820s in County Donegal.

In a separate post, I will discuss the more recent ancestry that the matches provide.