Before we explore the next Duryea Y-DNA match (you can read about the first one here), I need to clarify my branch of the Duryea family.  This is important because it took years to figure out and erroneous online family trees persist.

My Duryea branch traces its direct paternal lineage back to Stephen C Duryea (1814-1887) of New York City and Pound Ridge, New York.  Stephen's father was Garrett S Duryea and his mother was Ann Cornell.  The trick was fitting Stephen's father, Garrett, into the larger Duryea family.

The theory (thanks to RAM) was that Garrett S Duryea, the father of my line, was the youngest son of Jacob Derye (died 1781) and Sarah Smith of Jericho, Queens County, New York.  [His will is transcribed here.] 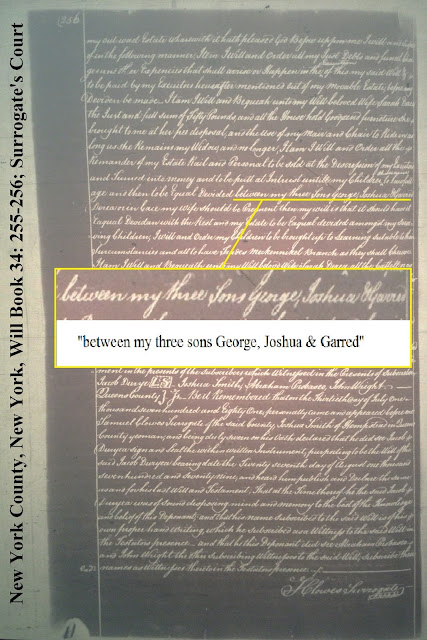 No other researchers had published what became of this Garrett. 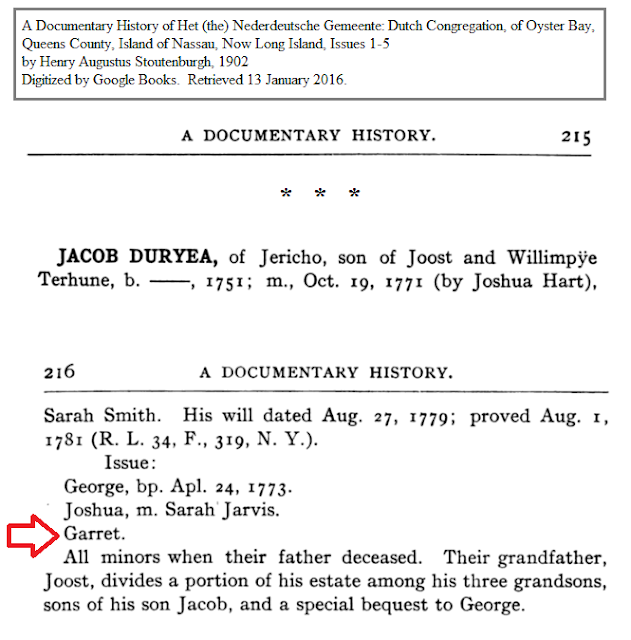 The clue that linked my Duryea branch to the larger Duryea family occurred because the State of New York did not pay John Frazee (1790-1852), architect, for his work on the Custom House.  [His papers, including family tree diagrams, are digitized online.]  John Frazee's widow, Lydia Place, sued to recover wages due to her late husband.  My ancestor, Stephen C Duryea, testified on her behalf.  He stated that he was "distantly related to the petitioner; the claimant's father and my father were half brothers." 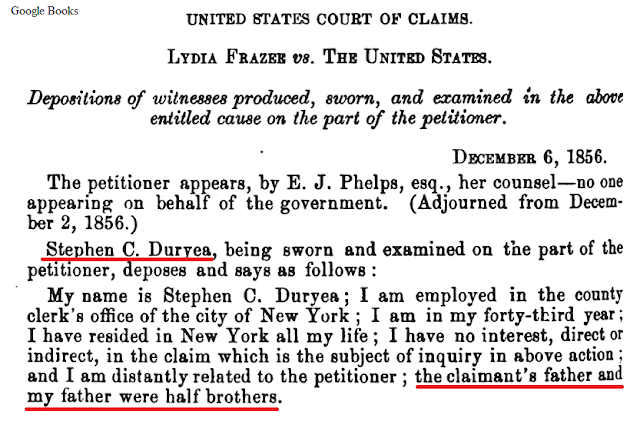 This testimony meant that my stray Garrett Duryea had a half brother.  Further research showed that Sarah Smith, widow of Jacob Derye, remarried to James Place in 1783 and had a son, Thomas Place.  Thomas Place had a daughter, Lydia, around 1815, and she married John Frazee.  See the diagram below for a picture representation of this.

Once this connection was established, additional interactions between PLACE and DURYEA became more apparent.

Garrett Duryea, the son of Jacob Derye and Sarah Smith, died in Jamaica, Queens County, New York, on 29 March 1834.  Settlement of his estate was disrupted two years later by the death of his son, John Horton Duryea, administrator. 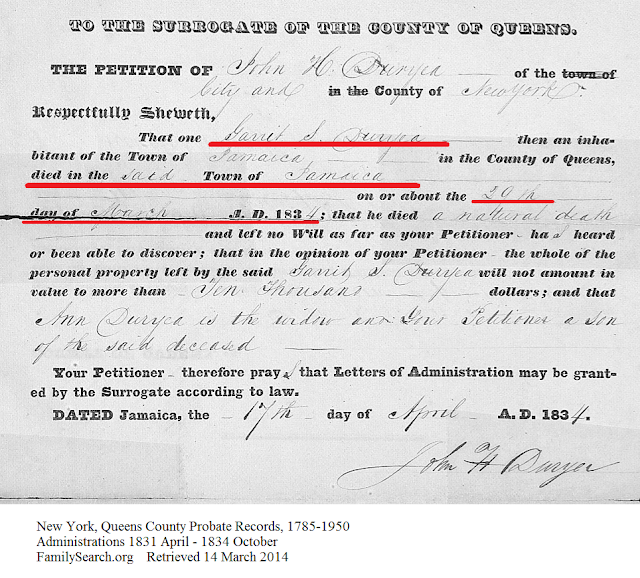 This is not the same Garrett Duryea who died in Blooming Grove, Orange County, New York, contrary to what most online family trees assert. 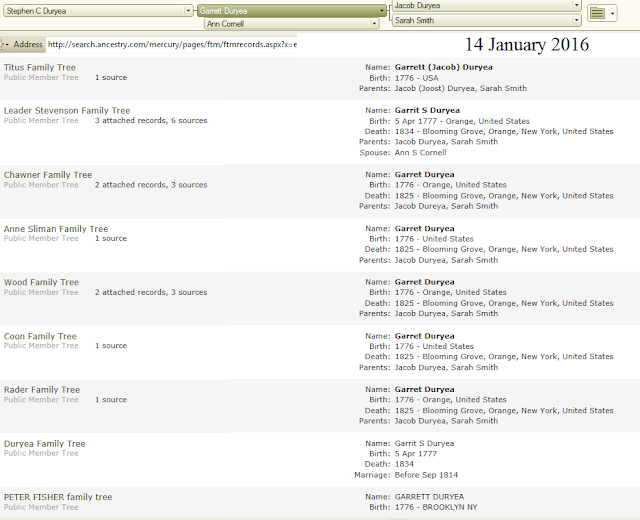