Chasing Charles Luther Across the Globe

Charles Luther is a possible brother of my great great grandfather, Herman Lutter (1860-1924). They were both born in what is now Germany.

Interest in this relation was renewed with a DNA match at Ancestry.com.

Charles Luther may have lived in Newark, New Jersey with Herman in the 1880s. Charles relocated to Chicago, Illinois and lived with Alexander Lutter, who may have been another brother. Alex Lutter witnessed Herman's marriage to Clara Uhl in Newark in 1888.

In Chicago Charles married Theresa Doanow in 1887. That marriage record did not provide the names of parents. (I wrote to the church but have received no response yet.)

Charles and his family moved to Wisconsin and then to Brooklyn, New York. The final census entry I found for him was the 1915 New York State census.

In 1920 federal census for Brooklyn, Charles' wife, Theresa, was remarried to Frederick Brink.

The New York City marriage index gave 1917 as the year of Theresa's remarriage.

So I searched for a death record for Charles Luther in Brooklyn from 1915 through 1917, but found no match.

Charles' death record may contain the names of his parents, necessary to show the relationship to my branch.

I ordered the marriage application of Theresa Doanow/Luther and Frederick Brink through the New York City Department of Records and Information Services. (The index was made available through actions of Reclaim the Records.) 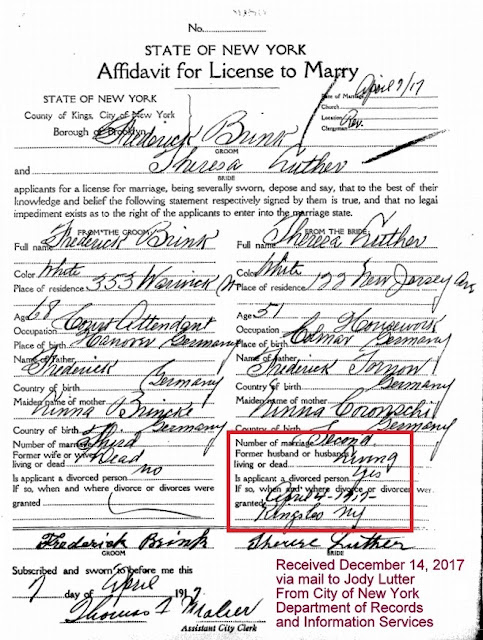 The records sent included a copy of the divorce decree. The copy is not great, but here it is. 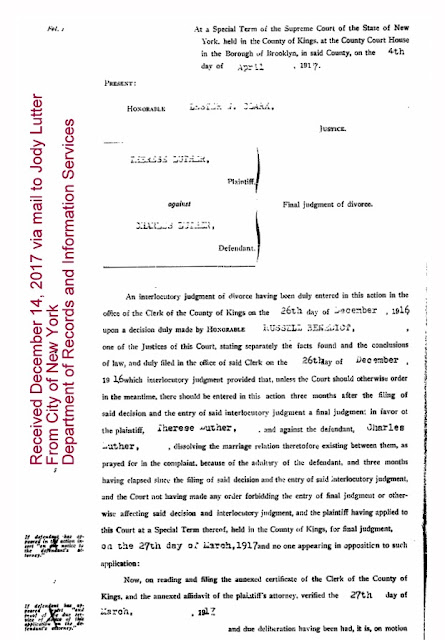 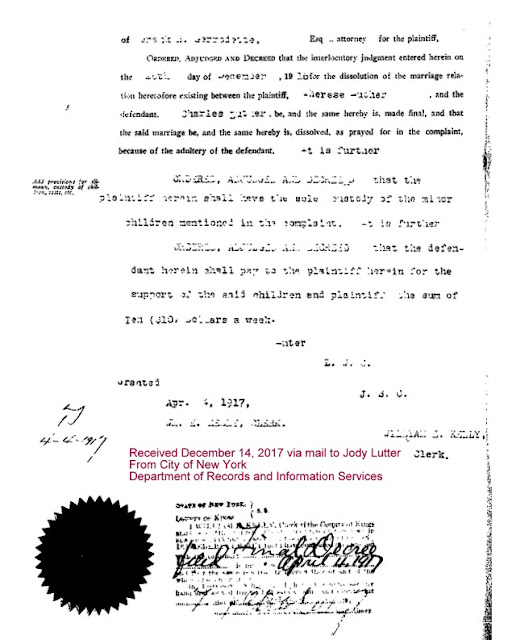 The date of death for Charles Luther is not limited to the date of his wife's remarriage. I need to keep searching in Brooklyn and anywhere he lived or his children lived. He may have married again, too, which would be great because his parents should be on such a record. 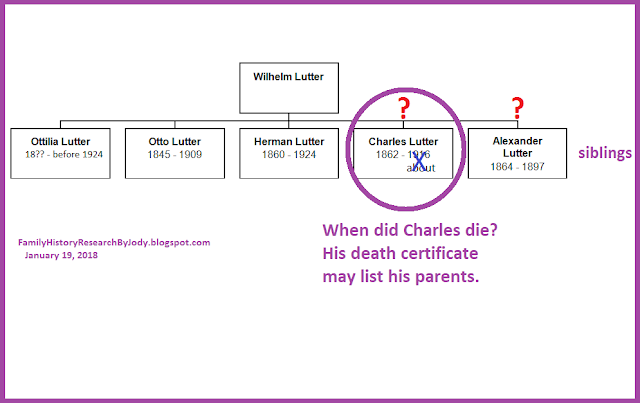