Another Piece of the Puzzle in Chicago: A Lutter Marriage

The marriage record arrived for Charles Lutter, the possible brother of my great great grandfather, Herman Lutter.  This record is from the Cook County Clerk in Illinois. Charles was 25 years old when he married Theresa Doanow in 1887 in Chicago. 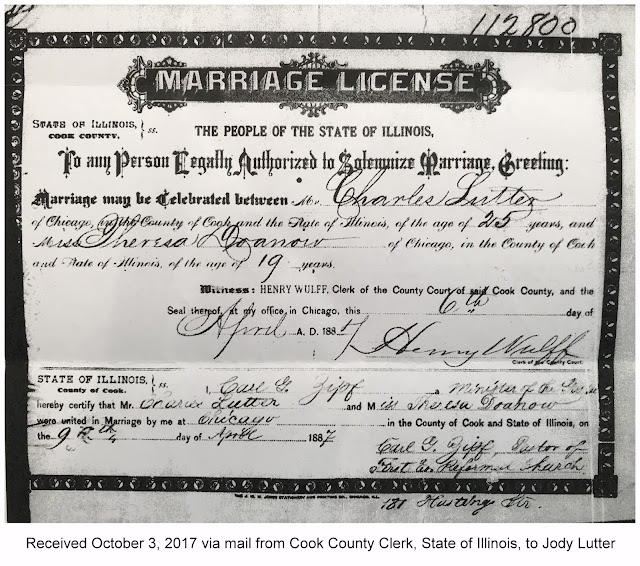 Like the marriage record of the other possible brother, Alexander Lutter, in 1890, marriage records from this time period do not contain the names of the parents. 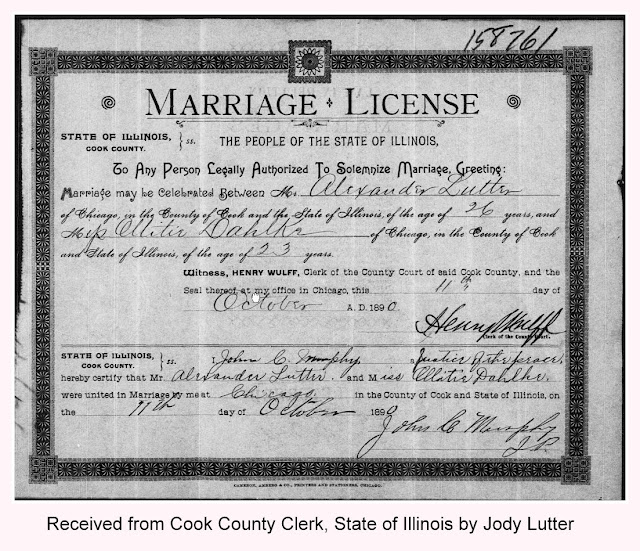 Alexander Lutter died in 1897 in Chicago; his death record does not list his parents.

Charles Lutter died probably in Brooklyn, New York between 1915 to 1917; I cannot find the record.

So I do not know the parents of Alexander or Charles to tie them into my Lutter line.

But with Charles' marriage record we have a possible lead.  Unlike Alexander, Charles was married by a pastor from a church: Carl G Zipf of the First Evangelical Reformed Church, 181 Hastings Street.  A church record might list additional information, such as names of parents, witnesses, and towns of origin.  Maybe even the children were baptized there.

Discovering this church's transformation was a group effort (thank you everyone!).

In 1887, the church was at 181 Hastings according to the city directory.  Today, there is no such church or street. 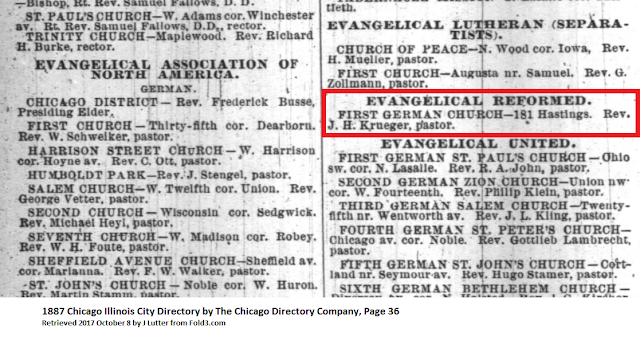 The Newberry, a Chicago library, has an online directory of church records.  A possible listing for this church:

On the "Our History" page of The First United Church of Christ, the church states it was chartered in 1865 as the First German Reformed Church and was on Hastings Street.  This could be what I'm looking for.  No email address, so I will write to them and ask if they have records and would be willing to search for me. 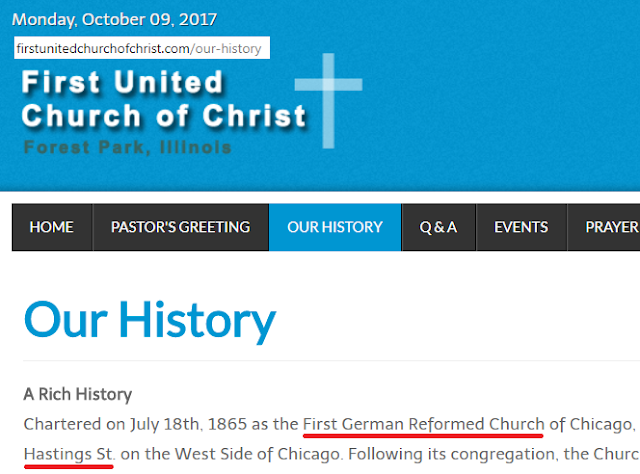