He was last seen in the 1915 New York State census in Brooklyn with his wife, Therese (Turnow or Doanow) and eight of their children. 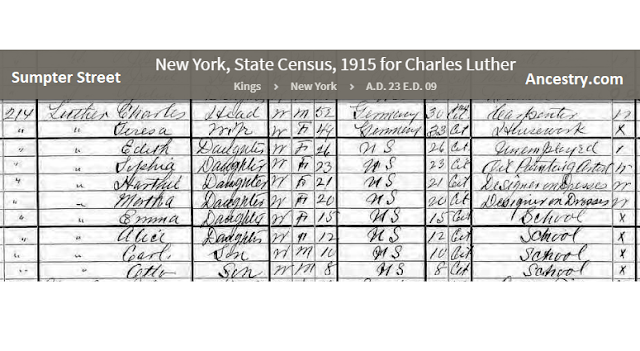 In 1917 in Brooklyn, Therese, a divorcee, remarried to Frederick Brink. They eventually moved to Connecticut.


I sought a death certificate for Charles Luther because it could show his parents. I needed more information on Charles to figure out his relationship to my Lutter branch. 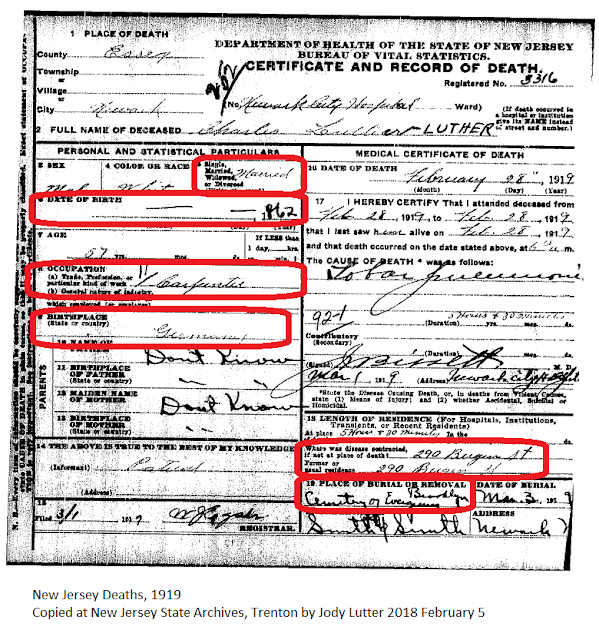 How do I know that this is the death certificate for the correct Charles Luther?

Burial was at Cemetery of The Evergreens in Brooklyn. The cemetery kindly responded to my burial inquiry. Charles Luther was buried in 1919 in the same plot as Theresa Brink, who died in 1949.

Charles' birth, 1862 in Germany, is a close enough match.

Charles' occupation was carpenter on the death certificate. In the 1884 Newark City Directory at 40 Rankin, living with my Herman, was Carl Luther, a cabinetmaker. In the 1910 federal census in Brooklyn, Charles was a carpenter.

Charles' residence on the death certificate was 290 Bergen Street in Newark. In the 1920 city directory for Newark, Charles C Lutter Jr, carp, resided at 290 Bergen. No other Lutters or Luthers are listed at this address.

Was Charles Luther a junior? Maybe it was an error in the city directories. Maybe he was not named after his father, but rather an uncle. Wilhelm Lutter is consistently listed as the father of Herman Lutter and his brother, Otto. Perhaps their father was Wilhelm Karl? Charles Luther named a son Charles William. (And another Otto Herman.)

Guardianship proceedings took place in Newark in 1919 for Charles "Luther or Lutter." These records are not online. The Charles Luther I seek would have left behind three children under the age of 18 (Alice, Charles William, and Otto Herman), so a guardianship would be consistent.

The death certificate stated that Charles Luther was married, though Charles himself was the informant. If Charles remarried after divorcing Therese in 1917, that record could provide the names of his parents. I need to check the Archives for a possible marriage.

The local papers were no help. Charles received a mere entry of his name in the Newark Sunday Call. 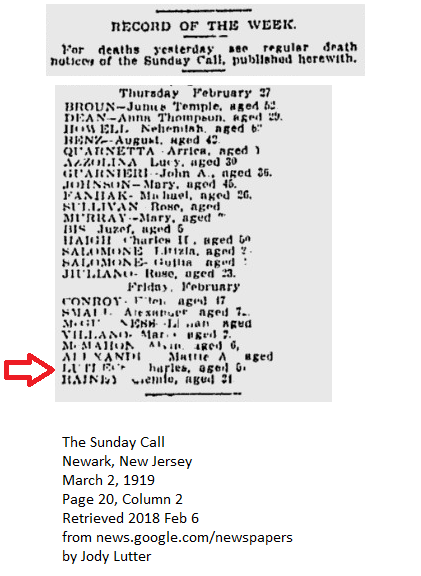 Frederick Brink (1846-1930), the second husband of Therese Turnow, is also buried at Evergreens Cemetery, but with his first wife, Christiana Rueger (1851-1893). They married in 1875 in New York City and had a few children together. I am still reconstructing his family. In 1894, one year after Christiana's death, Frederick Brink remarried to Dorothea Kloppmann (1851-1915).

Below are their obituaries from The Brooklyn Daily Eagle. 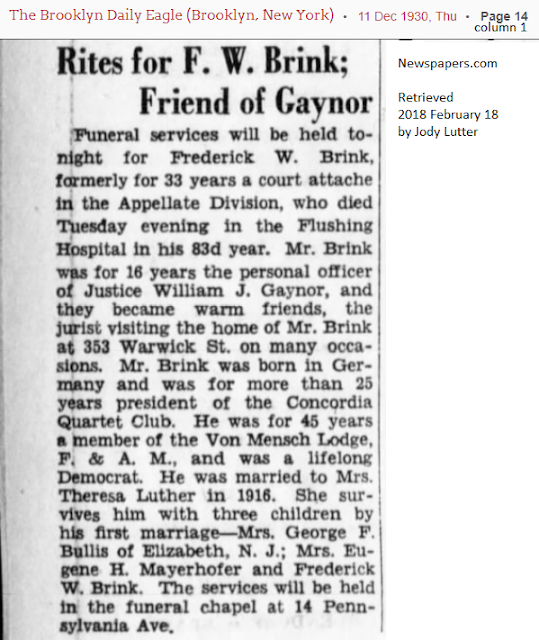 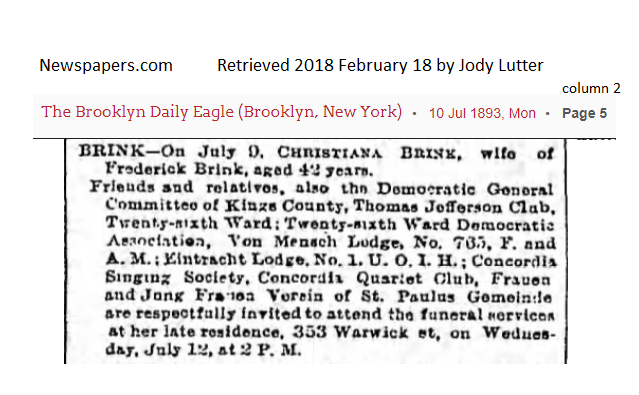 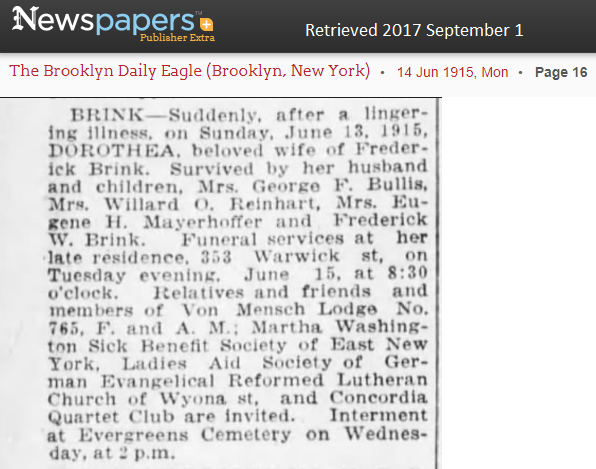