Welcoming a Cousin from a German Branch

A third cousin of my father reached out to me.  He and my dad share a set of great great grandparents, David Uhl (1834-1884) and Clara Patschke (1840-1914).  David was from Gelnhausen and Clara was from Zeitz (both places now in Germany).  They married in Newark, Essex County, New Jersey in 1865.

Here is the family in the 1870 federal census: David, Clara, and their two children who had issue:

I am descended from David and Clara's daughter, Clara Uhl.  She married Herman Lutter.  Our third cousin is descended from their son, Henry Uhl, and his wife, Emma Holzhauer.

Two of David and Clara's children died young: David in 1871 and Nellie in 1882.  Another daughter, Lillie Uhl, married John Kuhl, but had no known children.

Family heirlooms trickled down to our third cousin, who kindly sent scans.  I was thrilled to see a Reisepass [passport] issued to David Uhl in 1854 for his travels from Gelnhausen to America.  David was 19 years old, had brown eyes, and stood five feet, four inches tall. 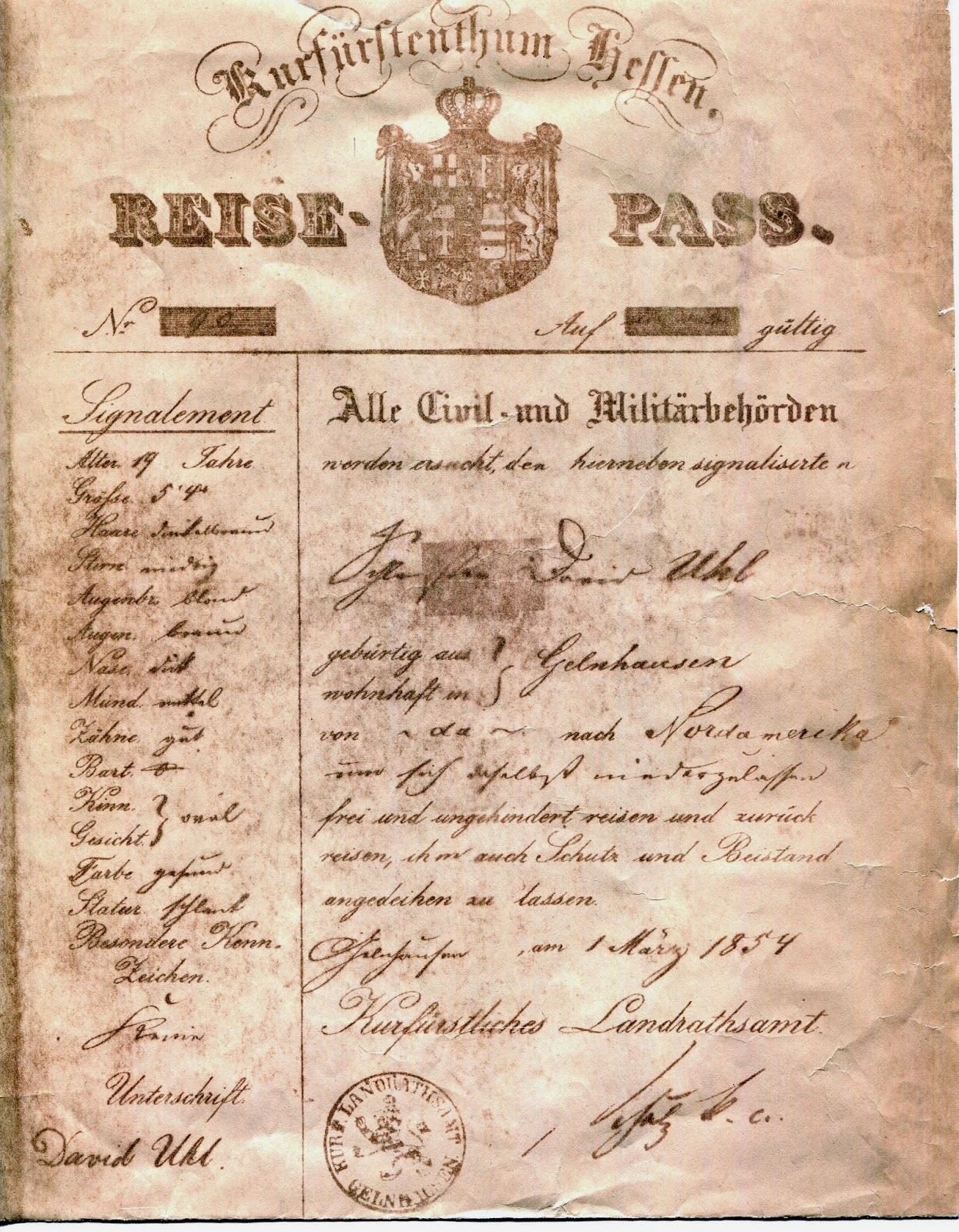 From David Uhl my branch received a hatchet with his last name, UHL, carved into the handle. 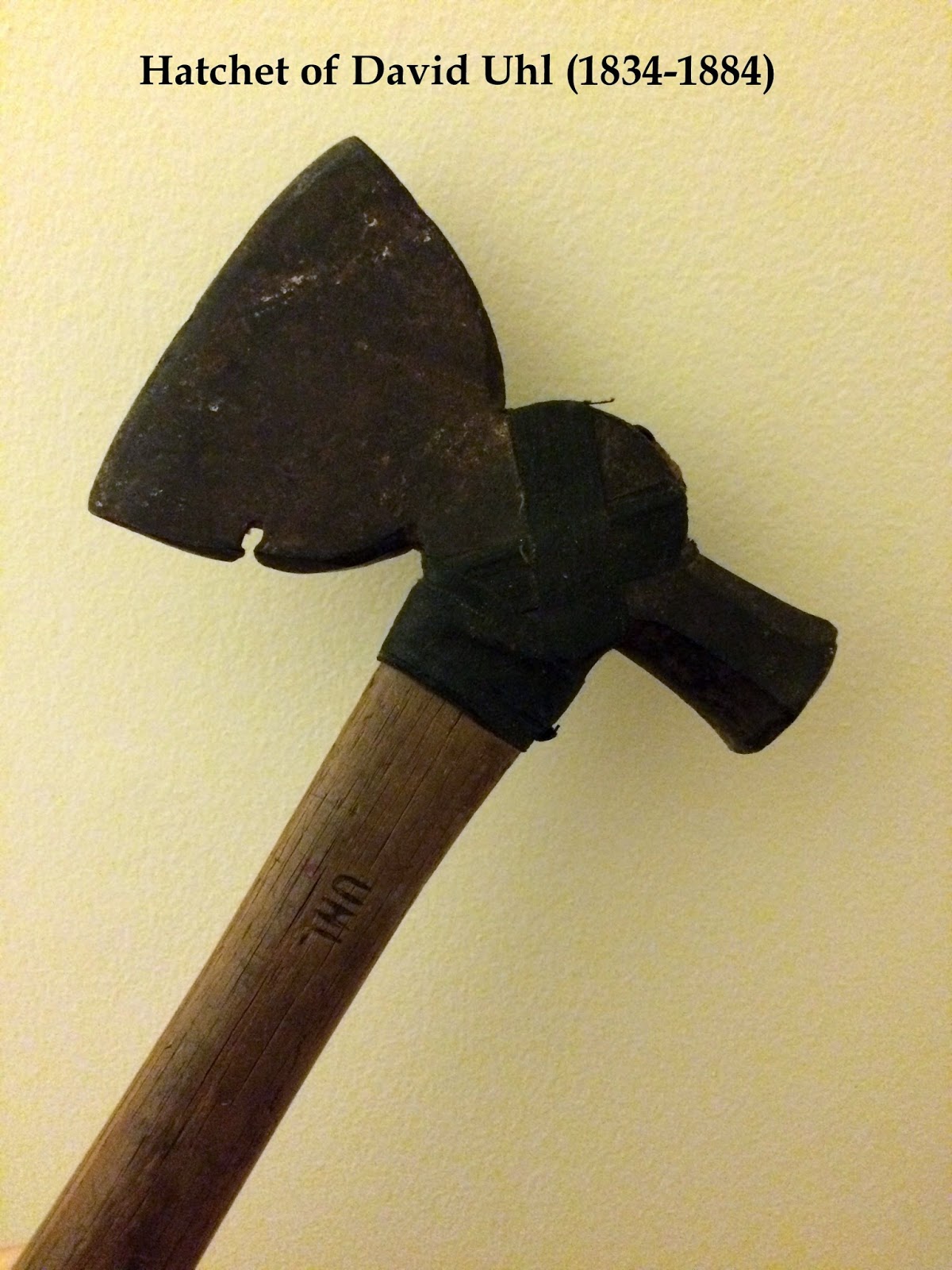 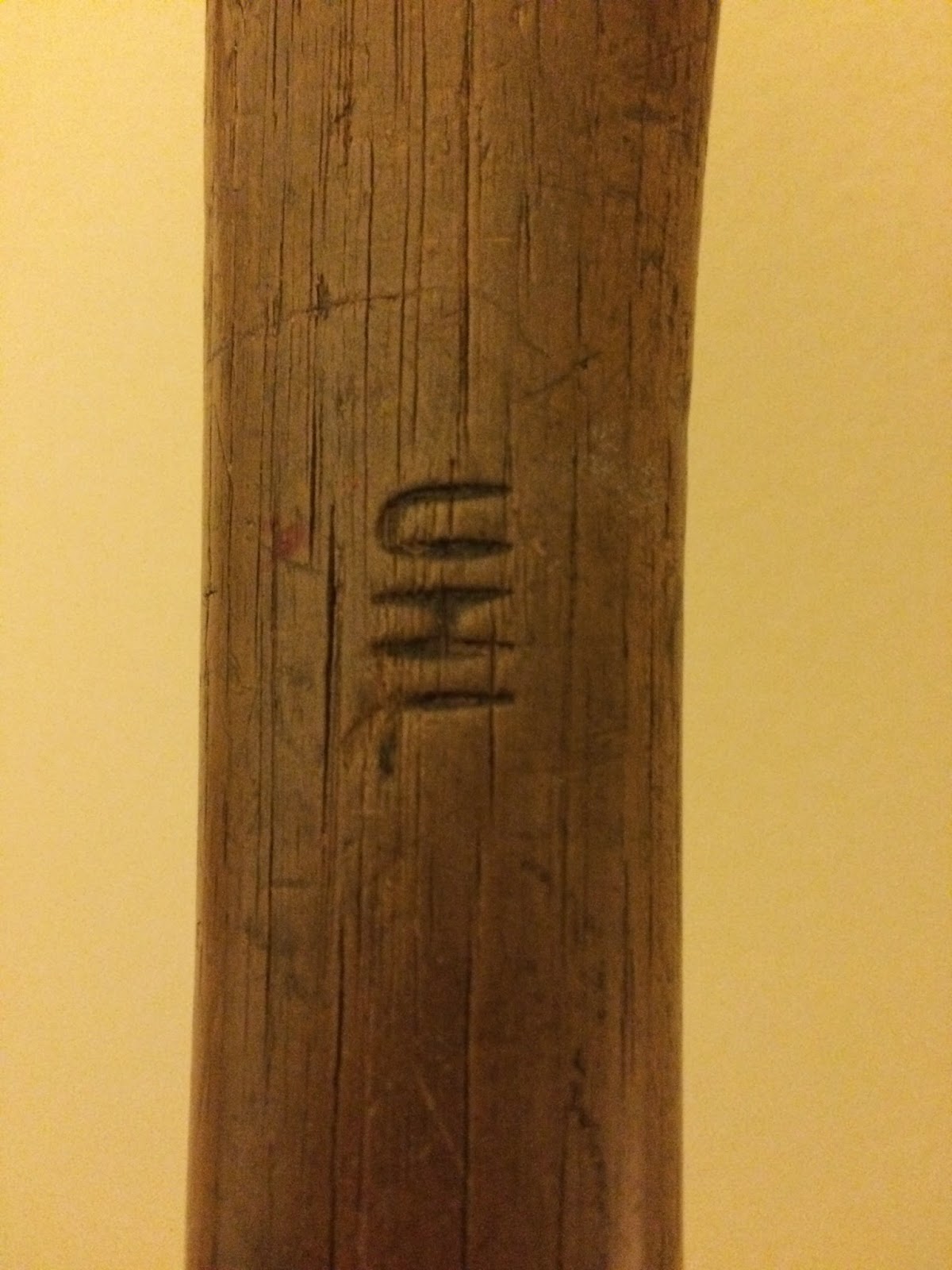 Our third cousin also received some of David Uhl's tools and belongings, branded with a similar UHL mark. 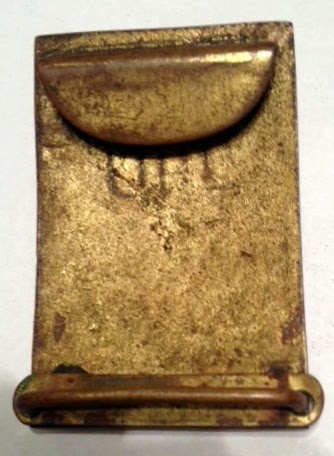