Photographs in a Series Reunited

A cousin kindly sent me some more family photographs.  (Thank you D.W.!)

A snow scene caught my eye.  My aunt had given me a similar picture a few years ago of a couple standing in snow, the woman holding a snowball. 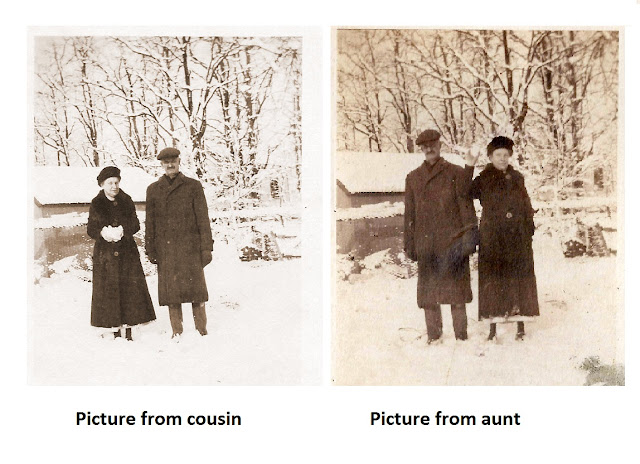 These people are still unidentified.  Based on who inherited these pictures, they come from the Walling and Winterton branches of the family tree.  They lived in the Keyport area of Monmouth County, New Jersey.

The pictures and heirlooms handed down through the generations are analogous to DNA.  Each child receives different bits of the parent's DNA and passes the different parts down to their descendants.

My branch received some tools from David Uhl (1834-1884), while a cousin received other tools, all marked with UHL to signify the common origin.