A cousin sent me a photograph that he found.  The back of the photo identifies the people as Joe, Sophia, and Wilbur Walling at 76 South Mentor Avenue in Pasadena, California in June of 1920. 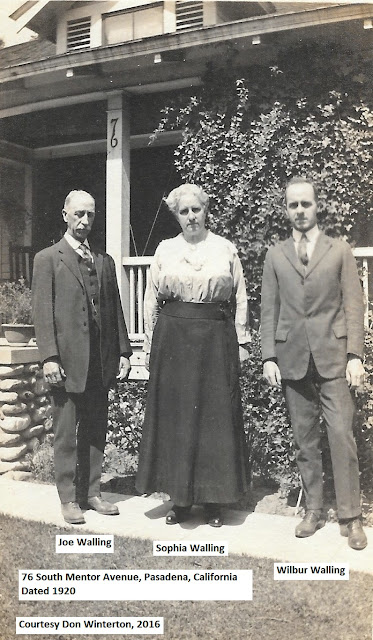 Wilbur's sister was Mildred Esther Walling (1895-1919).  Perhaps after the death of their daughter, Joseph and Sophia decided to move to California to be with their remaining child.

Sophia Winterton's parents were John Winterton (1831-1890) and Sophia Walling (1835-1906).  I do not know how Sophia's husband, Joseph Walling, was related.  But Sophia's and Joseph's families were living next to each other in the 1880 federal census in Holmdel. 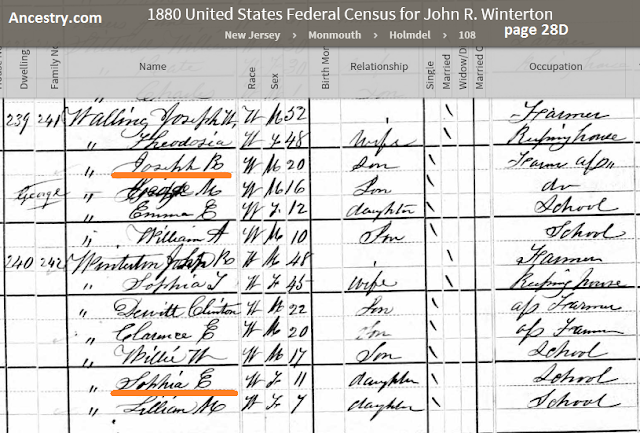 Having an identified picture for Walling and Winterton is very exciting because I have a supposed Winterton Family Album of mostly unidentified people.  A potential match caught my eye. 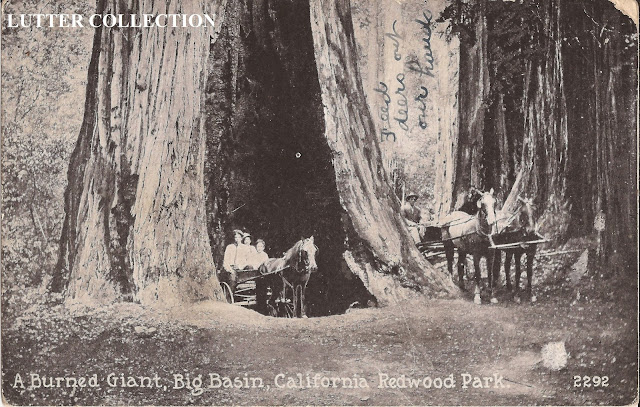 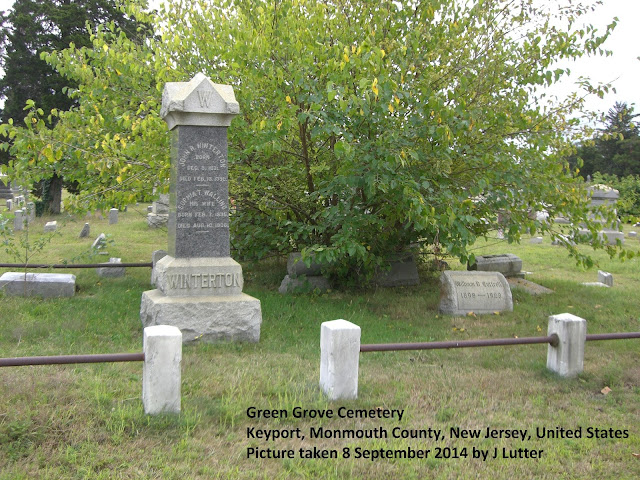 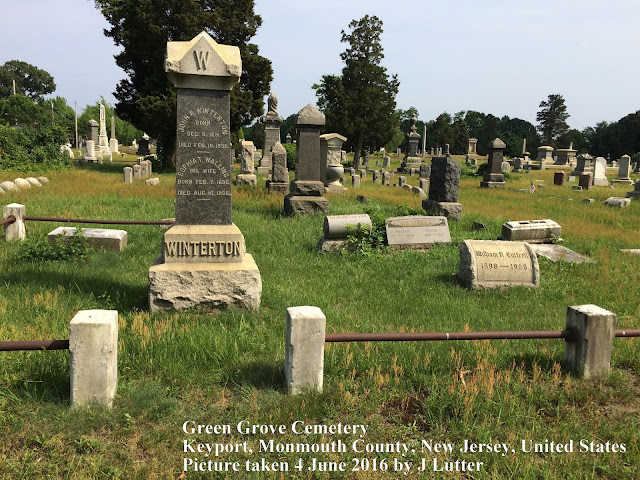 Yesterday I returned to Green Grove Cemetery in Keyport, Monmouth County, New Jersey.  One of the Winterton lots was cleaned up.  I found the gravestone for Mildred Walling.  It had been obscured by a large bush.  (There is still a stone face-down.)  Mildred's parents and brother are buried in California.