Lillian Winterton (1873-1918) was a sister of my great great grandfather, William Walling Winterton (1863-1932).  I realized that her burial had not been posted to Find A Grave when I visited Green Grove Cemetery in Keyport, Monmouth County, New Jersey, a few days ago.  The prior post examined Sophia, a sister of Lillian and William. 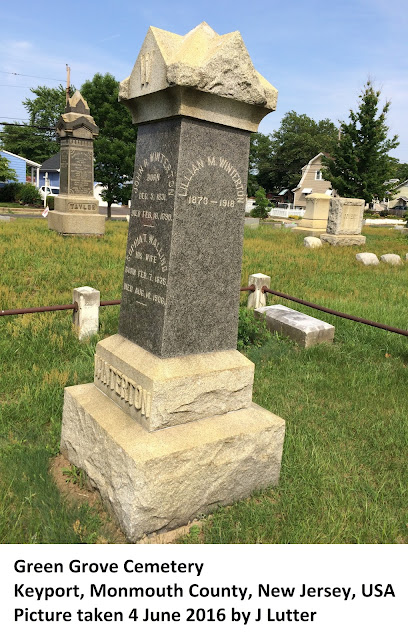 In the New Jersey State Census for 1905, Lillian is enumerated with her mother in Monmouth County.

I had her death certificate, but had not posted it to the family tree.  Often we forget to pursue siblings of our ancestors, especially when they had no offspring.  But they, too, influence our family history.

According to Lillian's death certificate, she died at the Home for Incurables in Newark, Essex County, New Jersey.  The doctor, Sarah R Mead, attended Lillian from 1909 until Lillian's death in 1918. 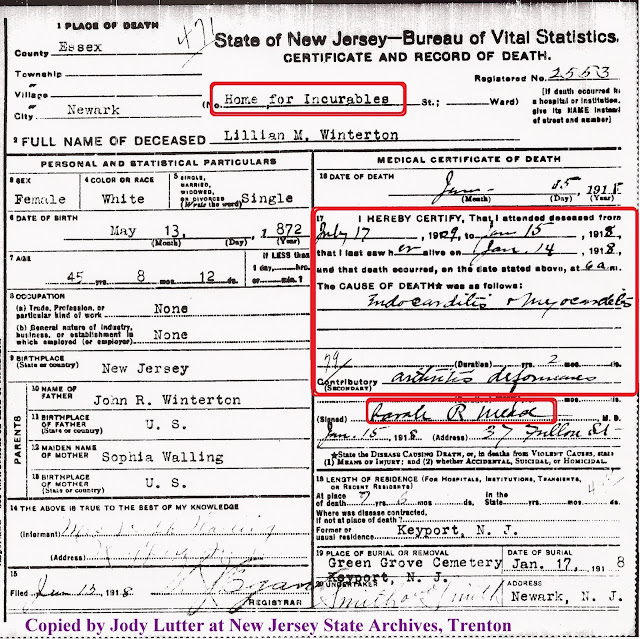 A book had a description of this institute for the care of women with incurable diseases.  Lillian's death was caused by endocarditis, myocarditis, and arthritis deformans.  Dr Mead was a visiting physician. 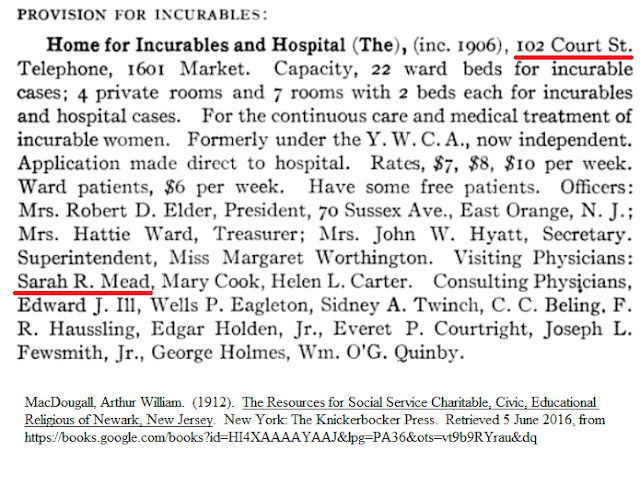 The Home for Incurables at 102 Court Street in Newark was enumerated in the 1910 federal census.  "Ellen Winterton," age 36, was a patient.  This is probably Lillian.

By the 1905 New Jersey state census, Lillian's brother, William Winterton, had already moved to Newark.  Perhaps the death of Lillian and William's mother in 1906 necessitated Lillian moving into a facility to care for her physically and since brother William had already relocated to Newark, Lillian moved there as well.

We don't know much about this Aunt Lillian.  We can only have a glimpse of her through scant documents to formulate an idea about her life with "incurable" illnesses and the effect on her and the family. 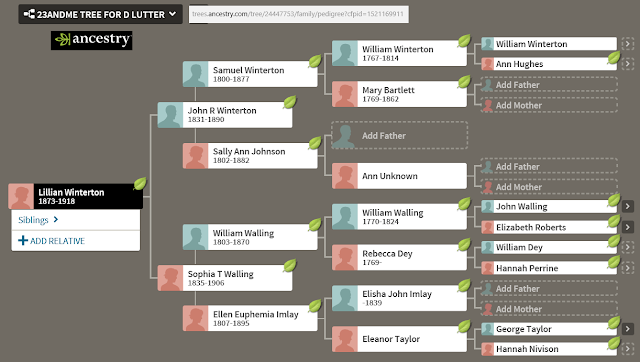