If you want to see where your ancestors were from, you can get a general idea by testing your DNA and utilizing the ancestry calculators available from a variety of places online.  Your DNA reveals your ancestral make-up; however, different methods yield different results.

One difficulty in getting an accurate picture of your ancestry is because of biology:  not all of your ancestors contributed to your DNA.  Half was lost on the next generation until finally a mixture of DNA reached you- and many ancestors no longer have any trace of their DNA in you, their descendant.

Another difficulty lies in the process of calculating ancestry based on DNA: your values are compared against other people who claim ancestry from certain populations.  If they are mistaken, your results can be wrong.  If you come from a small population in a remote area, you may have no reference DNA for your ancestry.  Your ancestry composition will reflect a group you are genetically similar to but not necessarily descended from.

DNA.land is a website where you can upload your DNA results after processing at a testing company (23andMe, FamilyTreeDNA, AncestryDNA).  I uploaded my parents and myself, enabling me to make comparisons from one generation to the next.  DNA.land recently enhanced its determinations of ancestral origins.  (The older projections can be viewed here.) 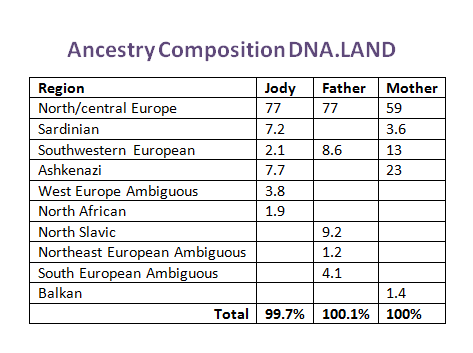 The colorful maps and graphs from DNA.land are below.  I plugged the values into the above table for easier side-by-side comparing.  My parents cannot give me what they don't have, but this happened for West Europe Ambiguous and North African.  At other sites, my mother usually has around one quarter Ashkenazi ancestry, which she shows here, but I show seven percent at DNA.land while I usually see ten to twelve percent elsewhere.

My father shows nine percent North Slavic, of which I inherited none.  If this came from one ancestor, which is something we cannot tell from this calculation, it is the equivalent of one great grandparent from this area of the world.  This does not fit his known family tree.  We would need to see a chromosome painting of the ancestry.  Long segments of a particular ancestry indicate a recent ancestor from this part of the world.  Multiple tiny segments indicate that the ancestor was much further back in time.

You can view my ancestry composition as determined by 23andMe and by FamilyTreeDNA.

GedMatch is another site where you can upload your DNA file and more fully analyze your ancestry with multiple calculators. 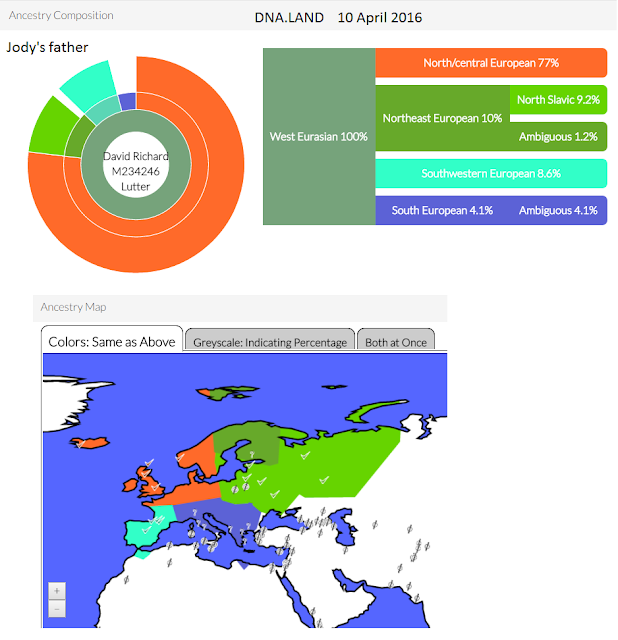 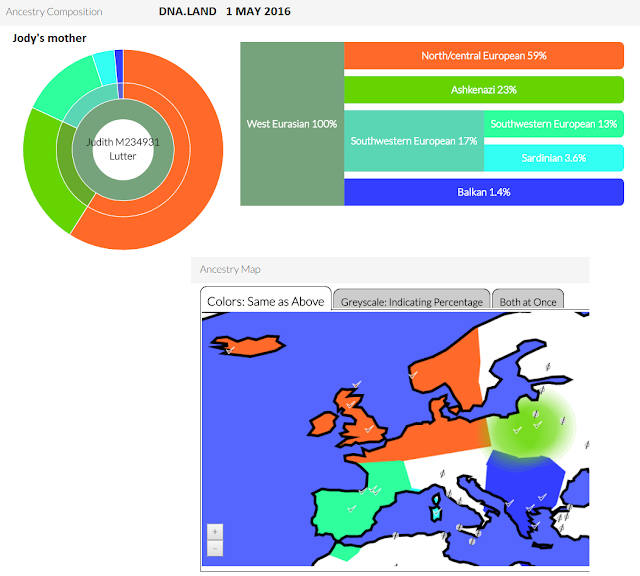